After Losing One Baby, This Couple Now Struggles to Save The Other | Milaap

After Losing One Baby, This Couple Now Struggles to Save The Other 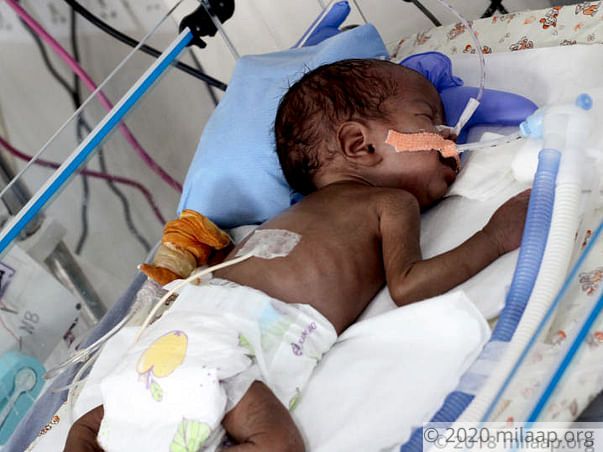 Like most expectant parents, Sampath Kumar and Ramya were looking forward to seeing their twin babies. Their twin babies were born full-term but they were shocked when the babies struggled to breathe as soon as they were born. They weren't prepared for it. Even before the poor parents could hold their babies in their arms, they lost one of the twins. They did not have time to even mourn their painful loss, they were desperate to save their only surviving baby at any cost. Ramya's baby boy is now on ventilator support, fighting every moment for his life. These poor parents are both physically and emotionally exhausted.


"We could hear them trying to breathe, it was unsettling. They were very fragile, we begged everyone in the hospital to save our babies. Soon after they were born, they were taken to ICU. When the doctors removed the tubes from one of the twins, I understood that I had lost him. The first time I held him in my hand, he was lifeless. I have no words to explain that pain, now my other baby is also fighting for life." - Sampath Kumar.

Their baby's stomach, liver and intestines are migrating into the chest through a hole making it difficult to breathe

Ramya gave birth to twins in a maternity centre in her village in Andhra Pradesh. On seeing the condition of the babies, they were immediately taken to a government hospital in Chittoor district. When one of the babies passed away within 4 days of birth, the desperate parents, took their baby to a hospital in an ambulance to save his life. Ramya's baby is diagnosed with Congenital Diaphragm Hernia, it is a hole in the diaphragm (the muscle that separates the chest cavity from the abdominal cavity) which leads to abdominal organs to move up to the chest cavity. It can be life-threatening as it can also lead to underdevelopment of lungs.


"It is hard to see him lay there and not be able to pick him up and hold him. I have not fed him even once. When the doctors explained about his condition, I was shocked, I don't understand how his little body can bear so much of pain. I'm scared to move away from him even for a minute, I fear it could be our last time." - Ramya.

Poor mother lives in constant fear of losing her only baby

Ramya and Sampath's baby underwent an urgent surgery 3 days back and he is on ventilator support now. He will require another 6-8 weeks of treatment to recover completely. Ramya has not recovered fully from the c-section, doctors have advised her to take complete rest but she can hardly sleep and eat. She is not able to come to terms with the loss of her baby and the fear of losing another baby is making her restless. She cries uncontrollably all day.


"We don't know anyone in this city. We have seen such big hospitals only in movies. We knew we cannot afford the surgery but we cannot imagine giving up on our baby. The only hope I had in my life is my babies but I have already lost one and the other one is almost on the verge of death but I don't know what I can do to save him." -  Ramya.

Father has been struggling all his life and his only hope was his baby, but he cannot afford to save him

Sampath Kumar, never had an easy life. He lost his mother at a very young age. After his father's death, he had to take care of his five sisters. He worked day and night as a daily wage worker on a farm for Rs 300 per day. It was not unusual for him to go to sleep on an empty stomach to feed his family. He struggled hard to make his ends meet. He spent all his savings, everything he had for his sister's marriage. He dreamed of starting a new life with his newborn babies but his life just turned upside down.


" I feel I'm the most unlucky person in this world, no one should go through such misfortune in their life. I have borrowed money from everyone I know. I have spent 2 lakhs  and I have never seen so much of money in my life. Yet, it is not enough. I don't have anything to sell, the house that we stay in has been given by government. I don't know what I can do to save my baby. I cannot imagine going back alone." - Sampath Kumar.

Ramya and Sampath Kumar's 1-month-old baby is now battling a dreadful disease in the ICU. The poor couple has already lost one of their twins and now are desperately trying to save their only surviving baby. They are struggling even for the next meal and do not have anything left to save their baby. Only your support can help them take their baby back home.

UPI: rzpy.givetomlpbabyofra028@hdfcbank (Copy to clipboard)
Or
Click here to read the instructions before you make a bank transfer. 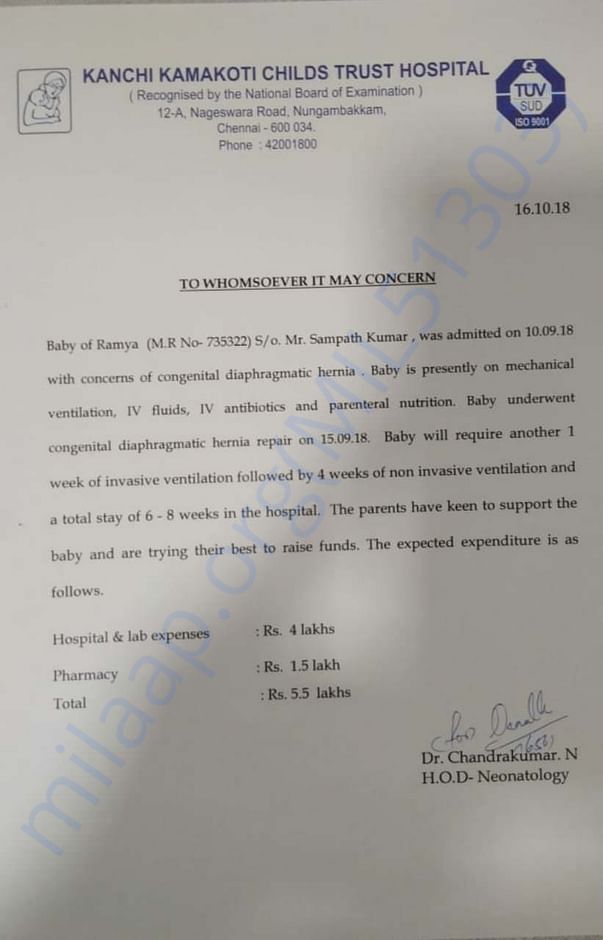 UPI: rzpy.givetomlpbabyofra028@hdfcbank (Copy to clipboard)
Or
Click here to read the instructions before you make a bank transfer.

Here is a quick update on Baby of Ramya's health. Baby of Ramya underwent the surgery successfully and was discharged after 3 months of hospital stay. Baby is 1 year old and is normal, active and healthy.

Baby of Ramya was in the hospital for 3 months but has been discharged now. Baby is healthy and doing well. Here is a letter from the hospital:

Baby of Ramya is now 1 year old and was admitted in the hospital for sepsis treatment. As of now he is doing well and is developing normally for a 1 year old child.

Report fundraiser
See how thousands are crowdfunding for their causes on Milaap
Rs.401,813 raised

Donated to this campaign via Paytm? Click here if you can’t find your donation listed below.
A
Anika donated Rs.2,000
RT
Ramesh donated Rs.10,000

May God save this baby and give him/her a healthy life and give me the strength to help everyone.

Donated to this campaign via Paytm? Click here if you can’t find your donation listed below.
A
Anika donated Rs.2,000
RT
Ramesh donated Rs.10,000

May God save this baby and give him/her a healthy life and give me the strength to help everyone. 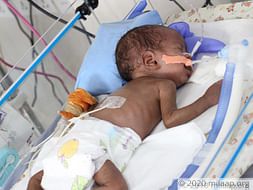 After Losing One Baby, This Couple Now Struggles to Save The Other