Help This 1-year-old Whose Cancer Has Spread To His Chest | Milaap
This campaign has stopped and can no longer accept donations. 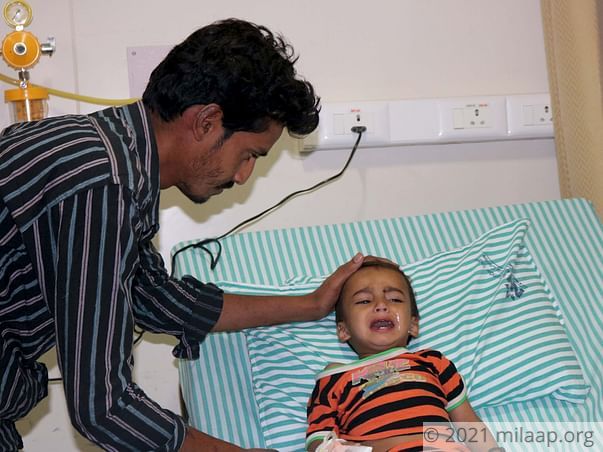 "Rihan should be in the hospital undergoing chemotherapy. His cancer is spreading – it is now in his chest and stomach. Instead of fighting it, he’s at home, spending every minute in unbearable pain." - Riyas

Rihan cries all night. He cannot talk yet, but his parents understand the pain he’s going through. Unfortunately, Riyas and Parveen cannot do anything but watch him suffer – they have no means to even start his life-saving treatment. If they delay his treatment any longer, they could lose him forever.

8 months ago, when Parveen was giving Rihan a bath, she noticed a small lump on his penis. Her concerns grew when the swelling increased. Riyas and Parveen took him to a hospital where he was diagnosed with Yolk Sac tumor, a rare, malignant tumor of cells that line the yolk sac of the embryo. These cells normally become testes. It all happened so quickly, Parveen and Riyas didn’t have any time to waste. Rihan’s tumour was surgically removed.
Happy and playful Rihan before cancer took over his body

'That was not the end, it came back and now it is killing him'

For 3 months, Rihan seemed to be cancer-free. His reports were all normal. The parents let go of their anxiety but a few follow-ups later, they got worse news. Suddenly, Rihan's condition deteriorated. He was crying non-stop and had a high fever for days.

"The doctors asked us to take him to a hospital in Bangalore – his cancer had spread to his chest and stomach. We just ran from the hospital to the bus stand, and caught a bus to Bangalore. He was in a lot of pain. He couldn’t breathe because of his cough and cold, and as soon as we reached the hospital, he was given oxygen support." - Riyas

They came back home without any treatment

Rihan needs chemotherapy. Ideally, he was to start the first cycle on the day they admitted him. Riyas could not afford the medical bills, so he returned to Bidadi with his son.

"I had no money. I went with Rs. 1000 to the hospital. Chemotherapy costs lakhs. Now I risk losing my son because he did not even get one cycle. If it spreads to his blood, he will die." - Riyas

'I can't make 6 lakhs even if I worked continuously for a year, and my son doesn't have that much time'

Riyaz is a construction worker in Bidadi, Karnataka who earns Rs 500 per day. With this, he manages to pay rent for his small house and feed his family. He barely has anything left to save. He needs Rs 6 lakhs for the treatment which he cannot earn even if he works the whole year.


Baby Rihan can have a chance to fight cancer with your help. 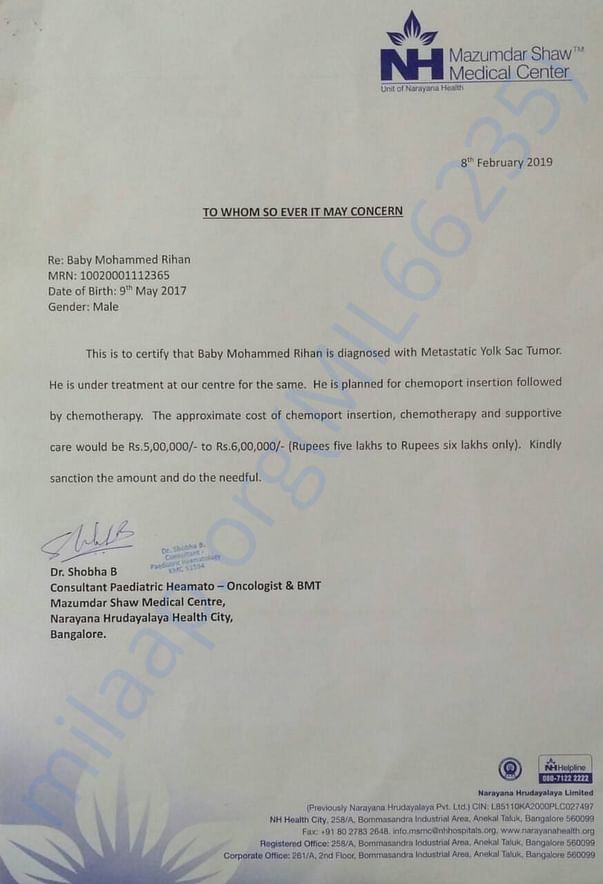 Md Rihan is doing well. He came to the hospital for follow-up checkups.

Rihan is doing well. He came to the hospital for follow-up check-up.

MD Rihan is doing well. He came to the hospital for followup blood investigation.

Scan & donate with any app
check_circle_outline Download payment receipt
Report fundraiser
Know someone in need of funds for a medical emergency? Refer to us
Rs.883,372 raised

505 Supporters expand_more
This campaign has stopped and can no longer accept donations.
$150 Million +
Raised on Milaap
Are you in need of financial support for medical or personal emergencies, or a social cause?
Start a fundraiser
Or
Know someone in need of funds for a medical emergency? Refer to us
Campaign organizer contact_mail
AK
Arun Kumar
Beneficiary: Baby Mohammed R... info_outline

Donated to this campaign via Bank transfer/QR Code? Click here if you can’t find your donation listed below.
A
Anonymous donated Rs.1,000
PK
Parvez donated Rs.1,500

May God Bless U

May God bless u with a speedy recovery🙏

Donated to this campaign via Bank transfer/QR Code? Click here if you can’t find your donation listed below.
A
Anonymous donated Rs.1,000
PK
Parvez donated Rs.1,500

May God Bless U

May God bless u with a speedy recovery🙏 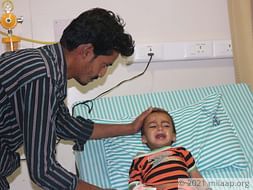