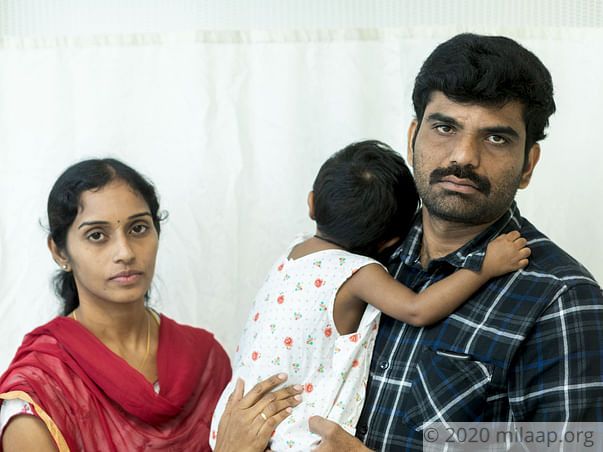 UPI: rzpy.givetomlpayansh00001@hdfcbank (Copy to clipboard)
Or
Click here to read the instructions before you make a bank transfer. 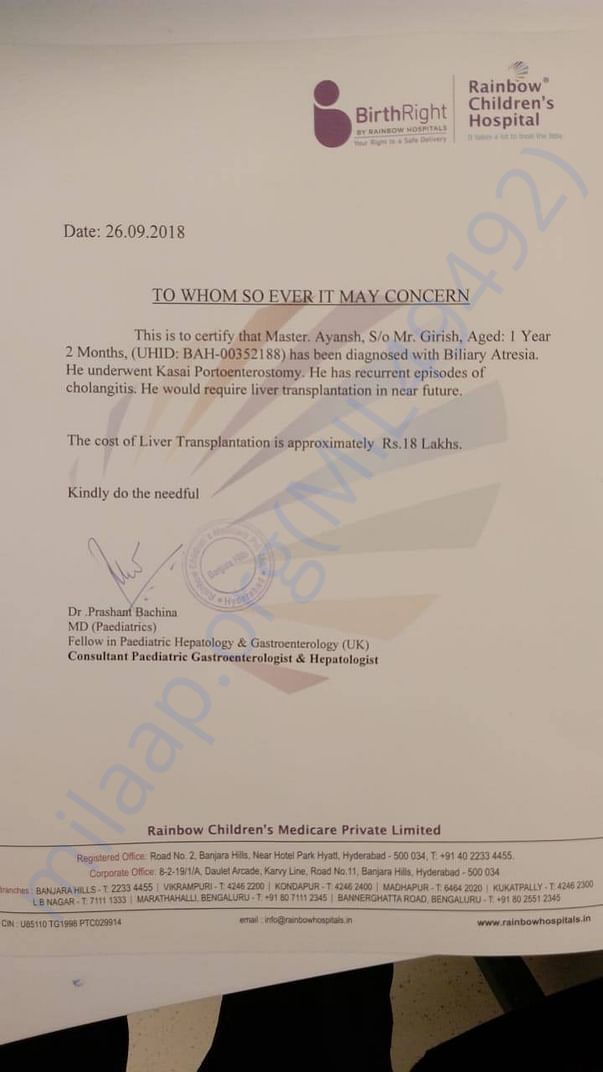 UPI: rzpy.givetomlpayansh00001@hdfcbank (Copy to clipboard)
Or
Click here to read the instructions before you make a bank transfer.

Ayansh is doing good. He is at home taking the regular medicine as suggested by the doctor, and we will take him for regular follow-ups.. Here is a recent picture of him:

Ayansh underwent the transplant last month and was discharged earlier this month. His father was the donor. Ayansh is doing well and has no side effects to the transplant.

I am overwhelmed by all the love and support you have shown for Ayansh!

I am glad to inform the he  had no fever for the past two weeks. He only suffers from pale stools which is common as per the doctors. The transplant is mandatory and the doctors plan to go ahead with it by this month.

I am thankful for your love and generosity. I request you all to continue sharing the campaign so that we can go ahead with the transplant.

Donated to this campaign via Paytm? Click here if you can’t find your donation listed below.
T
Tito donated $25

Donated to this campaign via Paytm? Click here if you can’t find your donation listed below.
T
Tito donated $25 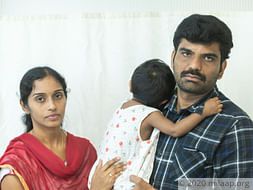