Chennai Sanitary Worker Needs Help To Care For Her 4 Disabled Siblings | Milaap
This campaign has stopped and can no longer accept donations. 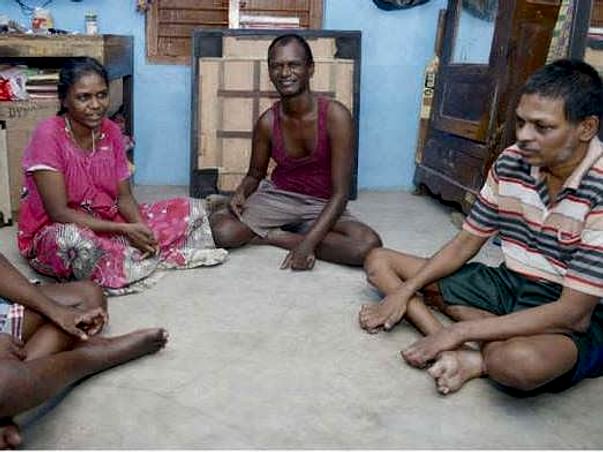 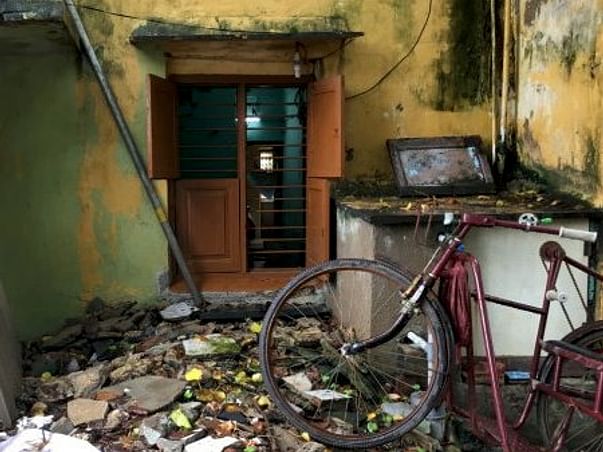 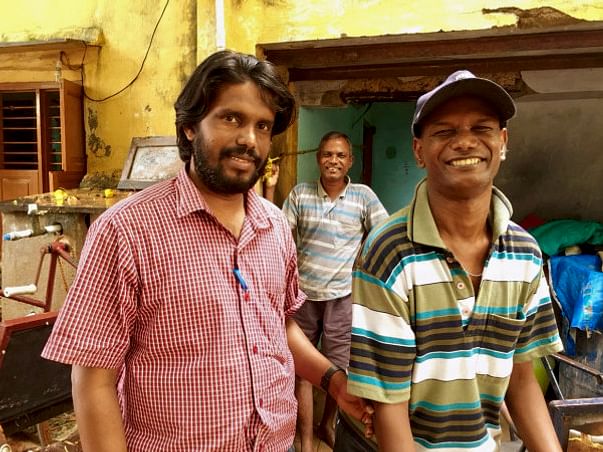 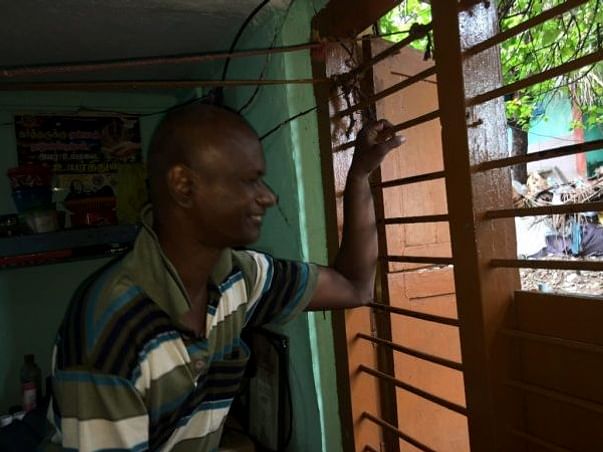 Previous Next
In a small slum house along the Marina beach at Pattinambakkam, Chennai, live 5 middle-aged siblings – Suguna, Thyagarajan, Viswanathan, Karpakam and Jayaraman. All of them except for Suguna are disabled. They suffer from a disease called spinocerebellar ataxia, a genetic disease characterized by poor coordination of hands, speech and eye movements. They are completely dependent on Suguna, even for the most basic of activities - from eating food to using the washroom.


“When our parents were alive, it was more manageable – they made sure to take care of my siblings well despite being buried in poverty. Now that they are dead, only I am there for them. Life is hard, but I am ready to do anything for them. Everybody needs a reason to live, they are mine,”-Suguna

Every day is a fight for survival

Suguna works as a sweeper and sanitary worker in the Chennai Corporation. As she is the sole breadwinner of the family, she cannot afford to miss a day of work. Every day, she wakes up early to bathe and clothe her siblings, prepares food and feeds them before leaving for work. As they cannot move on their own, there are ropes tied along the walls of the house that run from inside to the verandah that they use for support.  Three of the siblings – Thyagarajan, Karpakam and Jayaraman (who is also suffering from mental disability) – hold the rope on one hand and rest their other hand on the walls to move around the house slowly. Viswanathan cannot even stand up, so he moves about the house by balancing the weight of his body on his palms. Their day revolves around nothing but waiting for Suguna to come back home.

“I feel guilty for leaving them alone at home, but we have nobody. Our neighbors don’t even visit us thinking the disease might spread to them. Everybody has alienated us so far,”-Suguna

‘The floods washed away all our hopes’

In addition to daily struggles that the family faces, daily calamities pose an additional threat. They lost their sister Chandra (who also had the same disability) during the 2004 Tsunami – Suguna was trying to carry her to safety when she fell and broke her hip, passing away a few days later. The more recent floods destroyed not only parts of their home and put them under duress, but also swept away a telephone booth (PCO) that a social worker, Arul Doss, had helped set up for Jayaraman. Though he would earn only Rs 200 a day from it, it had greatly helped them with meeting daily expenses. Now they have nothing left except grief and despair.

“Jayaraman even had a special-needs cycle on which he would cycle to the PCO every day. He loved meeting with people and socializing; it gave him a sense of purpose in his life. After the floods, the corporation shut it down citing some rules. We tried our best but we could not help revive it. Our house is also damaged – it leaks from the roof when it rains. It has become a dangerous place for my siblings to live in – what if they fall down or get hurt when I am not there? Who will come to their rescue?”-Suguna.

All they want is to live a life of dignity

Suguna, who sacrificed getting married and starting a family of her own for the sake of her siblings, has only one hope for them – that they get to live a life of dignity. All she wishes for is a small house with roofs without creaks, wheelchairs for her siblings so that they can move about with ease instead of crawling or creeping helplessly around the house and a shop or a booth from which they can earn additional income to support themselves.

“With my small income, I cannot make everything alright and take care of my brothers and sister well. If you were to lend us a helping hand, their lives would change remarkably. We are not asking for much – we just want to know what it is like to have a safe roof over our head and live in peace,”-Suguna

With your kind contribution, this sister can give her siblings a life of dignity

Ask for an update
Greetings!

Suguna and the 4 siblings are currently residing in a temporary shed in government allocated housing board.The amount raised will be used in the following way for Suguna and her family.

A ) Renovation work for the building
B ) Medical treatment
C ) Food and Household needs
D ) Disability two Wheeler for 4 of them
E ) Creating a departmental store
F ) Inverter for house
G ) Washing machine and etc...

We will keep you posted!

Scan & donate with any app
check_circle_outline Download payment receipt
Report fundraiser
See how thousands are crowdfunding for their causes on Milaap
Rs.1,004,115 raised

716 Supporters expand_more
This campaign has stopped and can no longer accept donations.
$150 Million +
Raised on Milaap
Are you in need of financial support for medical or personal emergencies, or a social cause?
Start a fundraiser
Campaign organizer contact_mail
A
Aruldoss
Beneficiary: Suguna info_outline

Donated to this campaign via Bank transfer/QR Code? Click here if you can’t find your donation listed below.
A
Anonymous donated $500

Wishing the very best! Love to all.

Abba father, for the sake of the sorrowful passion of your son and our Lord Jesus Christ, have mercy on them. Holy mother, krupasanam mother of grace, intercede for them.

Donated to this campaign via Bank transfer/QR Code? Click here if you can’t find your donation listed below.
A
Anonymous donated $500

Wishing the very best! Love to all.

Abba father, for the sake of the sorrowful passion of your son and our Lord Jesus Christ, have mercy on them. Holy mother, krupasanam mother of grace, intercede for them.

A
You are sending a message to
Aruldoss
Go back 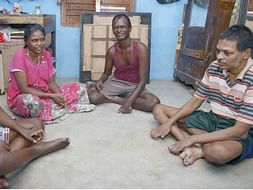