A Boat for the Coelhos - A Mangalorean family | Milaap
This campaign has stopped and can no longer accept donations.
Milaap will not charge any fee on your donation to this campaign.

A Boat for the Coelhos - A Mangalorean family

Shares
Share on Whatsapp
On September 6, 50-year-old Arthur Sunil Coelho, a fisherman, left his home at four AM for work. He desperately needed some income as even the electricity bill had not been paid in two months. Like many fishermen families in Ullal Hoige, a tiny fishing hamlet (the village dock seems like a tiny speck when seen from the Netravati bridge) in Mangalore, the Coelho family had not found much work since the lockdown. That day however, Falcon, a fishing boat had hired Arthur to spread the nets. Dinghy operators get on their tiny boat that’s tethered to the mother-ship and spend all day ensuring the nets stay in place. By 9 am in the morning, the boat nearly 30 nautical miles from Mangalore, Arthur disembarked from Falcon to get on the dinghy to lay the nets.

It had been raining all day; something that's common for the season. The 28 men on the vessel were dealing with two major issues. By lunch, the engine had developed a snag. To make matters tricky, the on-board radio wasn’t working either. Fishing, however, continued. It was decided the vessel would return to the shores the moment the engine gets fixed. The dinghy men were served dinner at 7 PM. But little did the men on-board Falcon know that a massive storm was headed their way. When the toofan hit, Arthur was still working the nets from his dinghy, fifty meters from the Falcon. The storm was intensifying at a rate none of the men anticipated.

It was 8 PM when it happened. The rope connecting Arthur's dinghy to the mother ship came undone. Arthur began screaming for help. The men on board Falcon heard Arthur's cries a good three minutes later. However, in the thick of the storm, none of them would survive had they jumped into the sea. Arthur screamed and screamed as his little dinghy drifted further and further from light.

Arthur was lost at sea. The deep seas. With no food or water, no compass, no ores and little to hope. Arthur, however was not going to give up. He couldn't abandon his children.

With nothing but rain water to survive on, Arthur got to work. The storm did not relent for the next two days. He would take a break for half an hour and his boat would be inundated with rain and sea water. He would get to work again, draining out water with a little bucket.

The dinghy drifted for two nights -- completely at the mercy of wind and waves. The next morning, an idea struck Arthur. He took one of the giant ores, that he couldn't operate alone, and hoisted it. A torn white T-shirt was turned into a flag.

In what can be only called a miracle, another fishing boat from Malpe found Arthur's ragged white flag fluttering at a distance.

Arthur was rescued. The family that had almost begun to give up had an emotional reunion.

But ever since his return, Arthur has not been able to go back to the sea, because of recurring storms and his own fears. The electricity bill has not been paid yet.

Arthur has been a fisherman all his life. He has been a dedicated single parent, ever since his wife died leaving three small children behind nearly two decades ago. Arthur, a devout Christian, always prayed only for one thing. His children must somehow escape the vicious cycle of poverty. But as a mere worker in fishing boats, he could never save enough. A tiny house is all that he has managed to build for the family. His two sons grew up to be responsible young men. The elder one, Sachin Coelho (23) trained himself to be an electrician, while the youngest of the kids, Roshan (19) went to Mumbai to work as a waiter two years ago. The eldest one, Sunitha is married and settled in Bangalore. The family was almost going to make it out of poverty when Covid-19 hit. Since lockdown, Sachin has not been able to find work. Roshan too is struggling in Mumbai.

Now pushed to extremes, depending entirely on charity even for basic needs, the family has a plan.
Arthur and Sachin now hope to get a boat of their own, so that they can be financially independent. They also hope to provide employment for two more young men.

A small fishing boat, along with a decent motor, would cost about 1.7 lakhs. Other paraphernelia cost a little more. The family needs your help.

When Arthur was brought back to shore 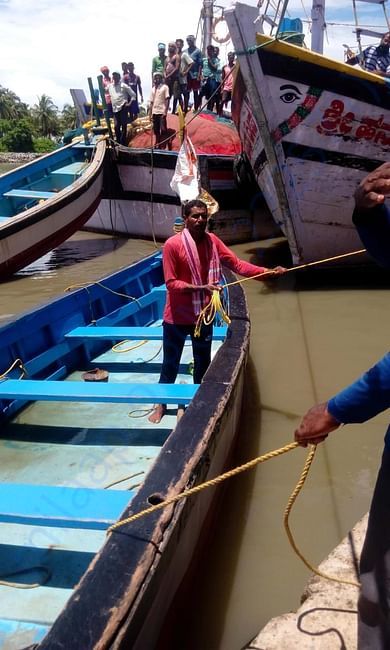 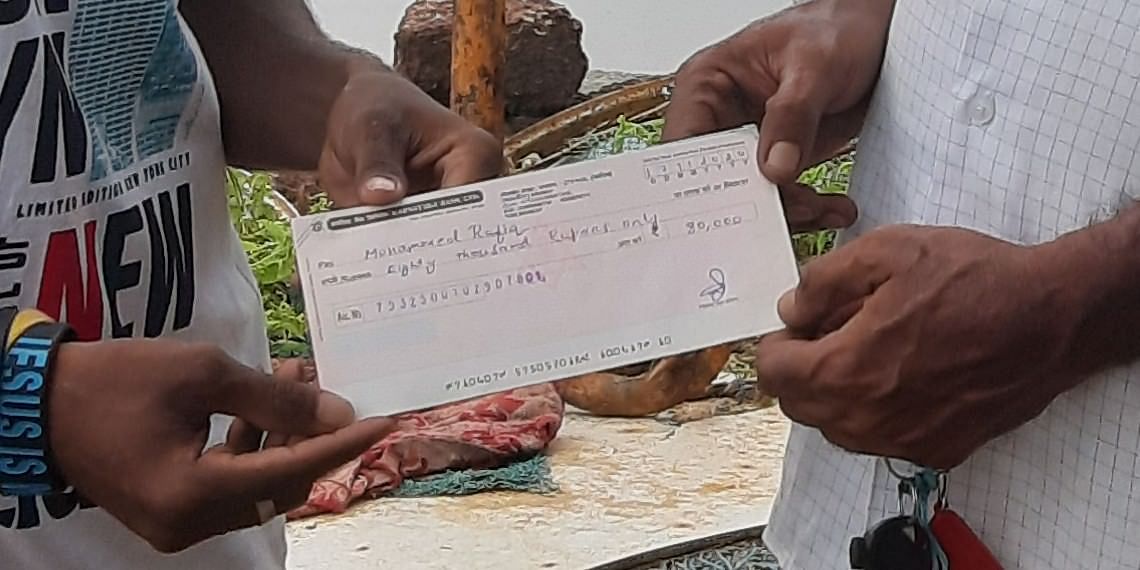 Big update. The family has taken possession of a boat of their choice.

Now we wait for the outboard engine to arrive.

After plenty of searching, a suitable boat has been found. It's going to cost 80K. It's a second hand "duck boat". Order for a single 9.9 outboard engine has been placed. It's going to cost somewhere between 1.3 to 1.5 lakhs. If Sachin manages to save anything, he's going to buy nets and ropes. However, there's slim chances he'll be left with much. He says there's a small scheme at his local dock. Small fishermen are loaned nets and ropes in exchange for catch. This means they can pay for the nets in instalments -- the fish they catch becomes the instalment.

The engines are imported. Hence, they come in consignments. The order has been placed. We should get one soon enough.

I cannot articulate how thrilled I am, now that we have reached the goal amount. Last night, I called Sachin and asked him to check the site. He was home recovering from a minor injury he got as a result of a workplace accident. He couldn't believe this was happening for real. It's extremely heartening to hear a young man who's realised he is getting a shot at independence. More than anything else, Sachin is in love with the idea of four more families getting a livelihood.

As for updates on this, I have received a catalogue for the engines. These engines are imported and the rates fluctuate. But to give you a rough idea, a Yamaha 9.9 engine costs nearly 1.5 lakh while a Suzuki one costs 1.3 lakh. We have approached a boat maker in Mangalore, who's given us several options. But as per everyone's suggestion, we're just going to let the family decide the specifications of the boat as well as the engine. We're also in touch with a reputed boat manufacturer, who is going to procure the engine for us.

We hope to post the final update as soon as possible.

Scan & donate with any app
check_circle_outline Download payment receipt
Report fundraiser
See how thousands are crowdfunding for their causes on Milaap
Rs.233,862 raised

You are sending a message to
V
Go back

A Boat for the Coelhos - A Mangalorean family