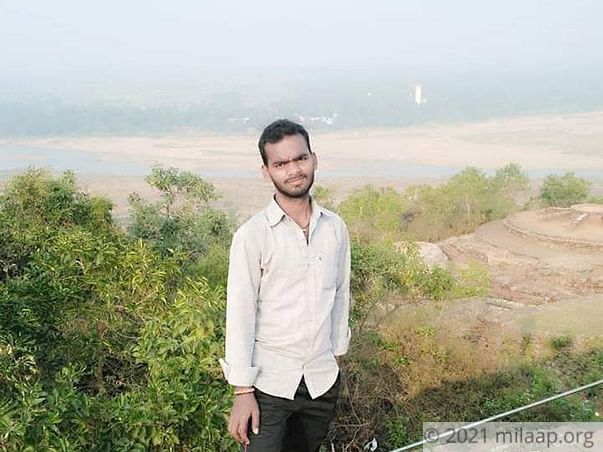 Ever since Sai's father started having health issues, Sai knew that he had to be responsible for taking care of his family. He discontinued his studies after class 10 and started earning at a very young age. Being passionate about music, he earned money by playing his favourite instrument shehnai (a musical instrument played at Indian weddings). He used to be so good at his job that people would call him to play shehnai at every wedding. Sai eventually realised that the little income he earns was not enough to look after his family. And so he decided to pursue a diploma in electronics. He was all set to continue his education, but all his dreams came to a standstill when deadly cancer took over his life. Now Sai doesn’t even have the strength to get up from his bed. He used to play shehnai for hours, but now he is unable to even breathe on his own and constantly needs oxygen support.

Sai lives with his parents and two sisters Rajalaxmi (25) and Kalyani (21) in Srikakulam, Andhra Pradesh. He used to work hard each day to look after his family's needs. With the little savings he had from what he earned, he decided to continue his education. But just a few weeks before he could start going to college, Sai got a high fever. He was diagnosed with jaundice and typhoid and was given medicines to recover. Sai was slowly recovering but a few days later his health started worsening again.


Sai, when he was happy and healthy

“When Sai was having body pains, I thought it was just because of weakness due to jaundice and would give him painkillers. But it only grew worse with each passing day. He was struggling to eat food and was constantly complaining about chest pain every time he tried to eat food. I couldn’t see him going through this pain and immediately took him to hospital." - Padmavathi, mother

Just when Sai thought he will be normal again, his cancer relapsed and brought his life to a standstill

Sai was diagnosed with lymphoblastic leukaemia, a severe form of cancer that starts in the lymph nodes of the body and spreads aggressively if not treated on time. Sai’s parents started the treatment immediately fearing they might lose him to the dreadful disease. Sai underwent chemotherapy sessions for six months. Unfortunately, his cancer had relapsed while he was undergoing treatment and now only a bone marrow transplant can save Sai from this dreadful condition. Sai’s elder sister Rajalaxmi is a suitable match for the transplant but the poor parents have no funds for the surgery.


“Looking at Sai making progress each day, I thought he could finally start going to college. I was shattered when the doctors told that his cancer had relapsed. Even now he constantly talks about getting a good job to take care of us. Its the only thing that keeps him motivated through his struggle. I didn’t have the courage to tell him that we have exhausted whatever we had and now we can't afford a transplant for him anymore.” - Padmavathi, mother

After spending every rupee they had, Sai’s parents are struggling to afford life-saving transplant for him

Appalaraju doesn’t work because of his health issues. Padmavathi grows crops on others farms to earn a living. The little income that Padmavathi earns is barely enough for their monthly expenses. Padmavathi used the savings for her younger daughter's marriage and sold her only piece of land to meet the treatment expenses. She has spent 4 lakhs so far and now with no source of income, she is struggling each day to provide a life-saving surgery for her son.


“We do not have a single rupee left. Nothing more than my son’s health matters to me. I even called off our daughter’s wedding as we needed money for our son’s treatment. I just want my son to be cured of this deadly disease.”- Padmavathi, mother

Sai has been through more than one could ever imagine. His parents have exhausted all the money they had and are now constantly living in the fear that they might lose their son. Sai needs your help to recover from this dreadful disease.