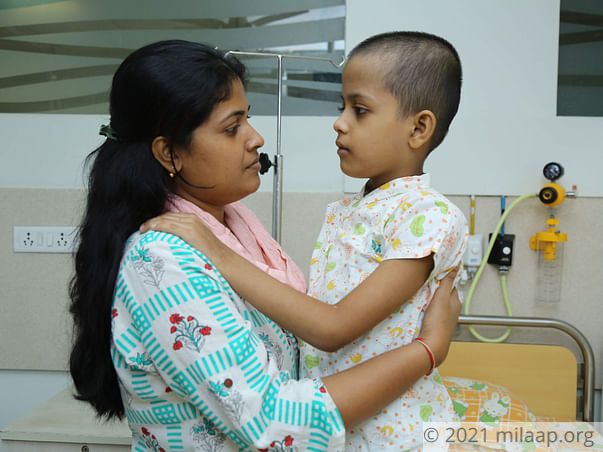 Share
As Bani looks at the gap-toothed smile of her little son Anurag, only one thing goes on her mind - she doesn’t want to lose him to the same deadly disease that took away her husband about 7 years ago. Since her husband’s death, life has been downhill for both Anurag and Bani but they were happy in their own little world. Bani and Anurag have been living with her parents since then. However, the unpredictable future took a toll on them and little Anurag is now battling with cancer. He needs chemotherapy but Bani fears that without help she wouldn’t be able to save her 7-year-old son.