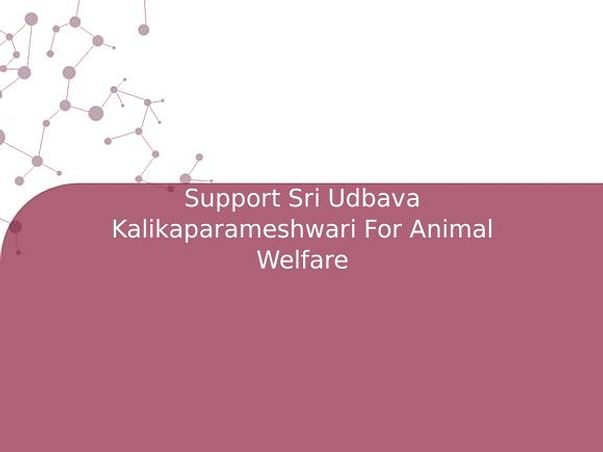 Doon Animal Welfare is a shelter in Rangapura which works for the welfare of animals. The organization has been doing a remarkable job in rescuing, treating, sheltering, and rehoming animals. A haven for abandoned, sick, and injured animals, Doon Animal Welfare has been helping the voiceless for almost so many years. Doon animal welfare provides shelter and street rescue services for our four-legged friends, and also work towards finding homes for them.

Today, Doon Animal Welfare is under the threat of being shut down, because of a lack of funds. If the shelter shuts down, dozens of animals will be without a home and several more will not receive the care and treatment they need. The streets will be their next home, and their chances of survival will be slim.

What do I plan to do with the funds?
With this campaign, the money donated will go directly towards Doon animal welfare, and in their efforts to remain running. By contributing to this campaign, you will be helping
Doon animal welfare stays up and running - and you will be helping the animals retain their sanctuary, the only home they have ever known.

One of doon animal welfare’s most popular services is its night animal rescue. Sick or injured animals usually come out at night to feed, as they cannot compete with their healthy counterparts during the day for food. If an individual spots an animal that urgently needs treatment, they could give Doon animal welfare a call, and they would arrive at the spot to tend to the animal. However, this service was the first to face the ax when Doon animal welfare ran into a financial crisis. With mounting costs of running the shelter, providing medical care to the animals, feeding them, Doon animal welfare is currently facing a severe financial crisis, with several debts to repay. The night animal rescue no longer functions. Now, there is no one to come to the rescue of a sick animal, who is only brave enough to venture out at night. While there may be more cases who are lying helpless in the open, there is no one to come to their rescue.

How you can help
With medicines taking up a huge portion of the organization's expenses, there are also costs involved in food for the animals – which includes at least 2 quintals of bhoosa, 25kg choker, and 50 kg green food on a daily basis – and salaries for the staff members – which includes veterinarians, drivers, and caretakers.

So far, Doon animal welfare has survived on donations and income raised from its outpatient facilities. Today, it needs your help. With its debts spiraling out of control, Doon animal welfare is now turning to its well-wishers for help. A bit of support from you can help one of the city's most beloved shelters stay up and running – and keep providing its exceptional humane services to those without a voice.


Please come forward to support my cause. Any contribution will be of immense help. Do contribute and share this campaign link with your friends and family.