Make India RapeMuktBharat | Milaap
Milaap will not charge any fee on your donation to this campaign. 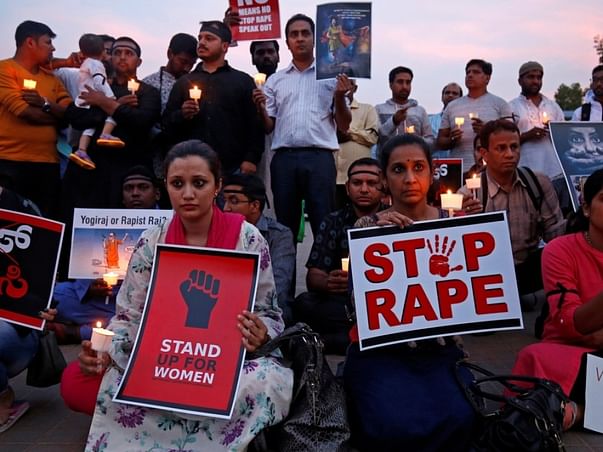 12 Dec 2012 a Young Doctor Jyoti Singh was Brutally Raped, tortured to death and thrown out of a running bus in Delhi.
7 years still No Justice

29 Nov 2019 a Vet Doctor Priyanka Reddy was returning from work when she was abducted, brutally raped, strangulated, and burnt alive in Hyderabad.
Will She Ever Get Justice????

The list is of Rape Victims is very long as every 10 minutes a girl/woman/child being raped. But No one has ever got justice. Even if Concivted no capital Punishment is executed. This is the reason for which the Crime against women and children are Rising. Criminals are not punished and the judiciary system has become a mockery for them and so they become habitual offenders.

The problem is there is no fear of law and it's all because of our poor system, lazy judiciary and corrupt officers in every department and some non-cooperative police officers.
Criminals have no fear, they're doing crimes in front of CCTVs without any fear, we are such a big country with a big population but we are dealing with crimes in a small way. I mean Nirbhaya's case is around 7 years old and her rapists are still alive despite of death sentence.
When Court already given the death sentence around 2 years ago then what are they waiting for?

It takes few minutes for a rapist to commit the crime but it takes years for the judges to give them punishment.

In many cases, Rape Accused are roaming free on bail. Some attack the victims and kill them for filing the case. The Judiciary Sytem of our country is a failure.

Candle light march, placards, protests, trending hashtags on social media, debates on media, outrage. All these things are now not solution because Govts & Authorities are aware of all these things & they are even habitual of all these things but still they are sleeping because they know that we, common people do such things for 4-5 days and after that we will move on in our life as we common people have to deal problems in our life too.We react & fight & do arguments when someone says that India is unsafe for Girls but when such a case happen, our system shows its reality.

But Now Enough is Enough. No more we will tolerate and become a part of a failed system.

ITS TIME AND NEED OF THE HOUR TO DO FAR MORE THAN JUST SPEAK UP AND TAKE ACTION!!
AND MAKE INDIA #RAPEMUKTBHARAT

Since the last decade, India is facing Rape Crisis and its high time now that we all should put an end to it and make India RapeMuktBharat.

Amit Kumar Satapathy a 27-year-old Criminologist trained in Crime prevention and investigation had rescued many women and girls from sexual slavery, rape, human trafficking, and bonded labor. During a raid, his life completely changed when he found a 10-year minor girl who was trafficked from Assam and sold to a brothel in Delhi GB road. In the brothel, the minor girl was brutally raped, tortured, abused for months by many people and she was bleeding from most parts of her body. After the rescue operation, the minor girl was immediately rushed to the hospital. After an initial investigation, it was found that she was sold for Rs 5000 by her father. This incident changed the perspective of Amit Kumar Satapathy and he determined to prevent the crime so that no girl, women or child would go through such a heinous act.
With this Vision, In the year 2018, he started NGO Action Against Violence to provides end-to-end services to survivors of rape, sexual assault, human trafficking, and acid attack and also their families, across India. Action Against Violence team accompanies rape survivors to the police station for filing a complaint, to the hospital for medical examination, and also to the courtroom. In case a survivor is unable to afford counseling to address trauma, Action Against Violence also pays for it.
The Action Against Violence website www.actionagainstviolence.org provides much-needed information on the laws and procedures related to sexual harassment, rape, workplace harassment, etc. It simplifies legal jargon and makes use of infographics so that even a layperson can understand.

Action Against Violence wants to raise funds for mission “RapeMuktbharat” in order to make a rape free India. Your donation can help us to provide justice to the victims of rape, human trafficking and acid attack. The organization was started on 1st Nov 2018 and now is working in all parts of the country conducting various seminars and awareness programs. To spread the message and awareness the FOUNDER of the organization Mr. Amit Satapathy for the first time in India going for a Bike campaign on 26 January 2020 covering 29 states and 7 Union Territories for #MARCHAGAINSTRAPE Campaign. The journey would be of around 32000+ km. Mr. Amit Satapathy will meet Victims of rape, human trafficking, and acid attack. He will also be conducting seminars and awareness programs in schools and colleges as well as public places during the journey. The contribution made by you will be used in the expenses during the journey and providing justice and financial aid to the victims.
To cover 32000+ km around all states of India requires time, patience, strong determination, and money. As the founder of Action Against violence gathered the strength to sacrifice his sleep, health, and lifestyle to fight against rape and provide a space where every woman can wear, move and travel safely. He needs your support to raise the financial cost to complete the campaign and spread the message #RapeMuktBharat all over India. The part of the financial cost will be utilized to provide victim legal & financial support which most of them cannot afford.
Support us in our Mission.

Our goal amount is to sustain and successfully implement the campaign all over India
Long-Term Impact
Within 5 years we are going to change the lives of a minimum of 2 million women through community capacity building and empowering them through various skill training program.


Benefits Of this Campaign:-
– At 2022 india Will Be Most Safest Country in world For Everyone
– 1st Peaceful Country in Gender Equality
– Crime Rank Decrease
-Crime against women and children minimized
-Safe and secure environment for women
-India free from slavery and Human trafficking

Please Help us to fight against rape and human trafficking and spread the word all over INDIA.

Together we can END RAPE.

You are sending a message to
Criminologist Amit Satapathy
Go back 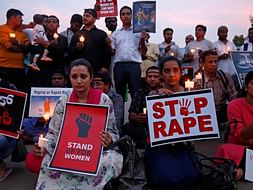