Support Agniveer’s Fight Against Caste Based Discrimination | Milaap
Milaap will not charge any fee on your donation to this campaign. 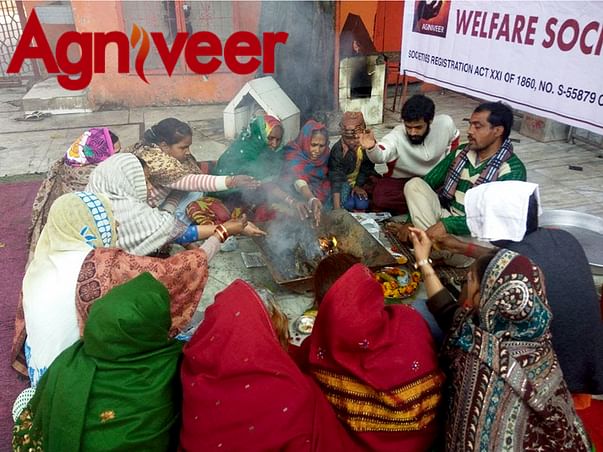 The most revered of Santan Dharma texts, The Bhagavad Gita, does not support the caste system. Similarly, the Vedas contain no word that can be considered a synonym for ‘caste’. The two words commonly considered to mean caste are Jaati and Varna. However the truth is that caste, Jaati and Varna mean completely different things.
The Gita mentions Varna and Sri Krishna’s interpretation of Varna is that it constantly changes, based on your quality and action. The Vedic mentions of Varna also align with Sri Krishna’s interpretation in the Gita. Similarly, the term Jaati is derived from the Sanskrit jāta that means “born” or “brought into existence,” and indicates a form of existence determined by birth for instance Manav Jaati as applied to humans as a class.

The term caste was first used by Portuguese travelers who came to India in the 16th century. Caste comes from the Spanish and Portuguese word "casta" which means "race", "breed", or "lineage" and has no parallel in Vedic culture. Caste was the primary weapon the British used to divide and rule India for over 200 years. In 1872, Sir John Risely held the first caste based census in India which documented castes in India. The 1901 census recorded 1646 distinct castes which had increased to 4147 in 1931. This ‘divide and rule’ policy of the British on the basis of caste and religion triggered the existence of various caste conflicts in the Indian society. The British left India but their policy, now ingrained deep in the Indian society, continues to break India further.

There is no division between human beings;
So why, brother, is there sorrow in this land?
In his own Sahaja Self nature,
Does the infinite take form in every land!

Such movements drew people from all castes and propagated a vision which was resolutely anti-caste and similar to the view of Vedic India.

The term ‘Dalit Politics’ is a misnomer. Dalit is a loose umbrella term used to denote a vast spectrum of communities that have had differing histories and, even within a given region, often had little social contact with each other. To better understand the complex politics of the various Scheduled Castes (SC) and Scheduled Tribes (ST) of India, it becomes imperative to focus on the regional and community-level variations among the large number of communities classified as Dalit-Bahujan-Adivasi (DBA).
Caste based politics, instead of empowering the weaker sections, has weakened the social fabric of the country with agitations by various castes that competing for the recognition as backward caste only for the sake benefit of reservations in government jobs.

About Agniveer and its Founders

Agniveer (see link) was founded by Sanjeev Newar (see link), a prolific writer, speaker, and entrepreneur and is being ably led by Dr. Vashi Sharma (see link). The Agniveer movement has changed innumerable lives and brought path-breaking transformation towards social-equality, women-rights and responsible humanism. Agniveer believes that entire humanity is a single family irrespective of religion, region, caste, gender or any other artificial discriminant.

Agniveer's Unite India - has gained momentum gradually. Hundreds of events where people of all castes come together without any barriers or discrimination. The target is to reach everyone in India with the message of unity and undo the social discrimination engineered by the British and selfish politicians to India’s social fabric by centuries of Divide and Rule policy by uniting Indians irrespective of caste. Agniveer is organizing events across India with following objectives:
The goal of this campaign is to generate funds for Agniveer's. The money will be used on Gifts for Children, Tents for the Events, Sweets distribution and salary to ground level staff. Please contribute and share generously to heal the fabric of India and restore the Vedic ideal of a society free of caste based discrimination.

My name is Ashutosh Joshi and I am based in Delhi-NCR working as Manager Finance for a large MNC. Inspired by the dynamic leadership of our Prime Minister Shri Narendra Modi, I have decided to do my bit by helping our Nation’s grass root heroes. I am the moderator of this campaign. I have raised upwards of INR 25 lakh for our grass root heroes in the campaigns listed below:

Kudos to your team for all the hard work that you people are doing.

Agniveer please tell about u and ur activities. Please share the details of activities done on this fund raising. Update/Feedback on this fund collection and spending for the original stated purpose only will be highly appreciated. Thanks Regards

Kudos to your team for all the hard work that you people are doing.

Agniveer please tell about u and ur activities. Please share the details of activities done on this fund raising. Update/Feedback on this fund collection and spending for the original stated purpose only will be highly appreciated. Thanks Regards 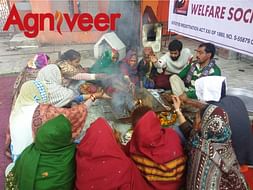