After Falling From A 20 ft Tree, Boy Has Only 2 Days To Get Surgery | Milaap

After Falling From A 20 ft Tree, Boy Has Only 2 Days To Get Surgery 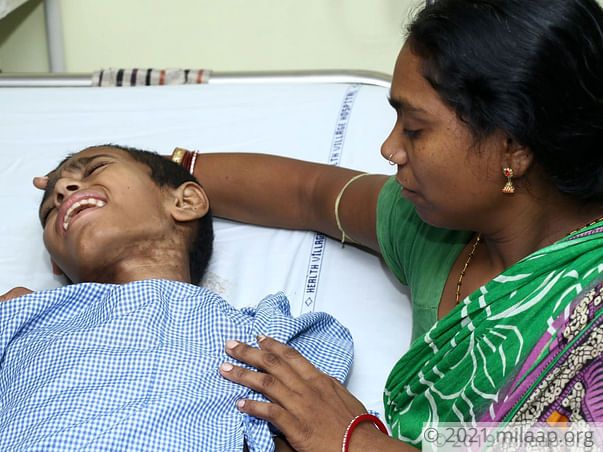 “Our 4-year-old son died in his sleep. He had a heart attack and when we took him to the hospital thinking he’s unconscious, they told us that he had already passed away. I still remember his limp body in my arms. Now when I look at our only child, Sudhir, I fear the same will happen to him. It was just a regular day for him, he was just playing with his friends…life is so uncertain. In a second, everything changed.” – Chandra Sekhar, father

After accidentally falling from a 20 feet tree, Sudhir now needs surgery in 2 days to survive.

A day of celebration turned tragic

Summer holidays mark the beginning of a fun two months ahead, and the end of stressful examinations. Sudhir (14) was excited, he thought it would be the best summer yet. He had got his class 7 exam results and found out he stood first in class. To celebrate, his friends and he decided to climb their favourite tree for fruits – it was the little joys in life. Unfortunately, Sudhir slipped. The fall left him unconscious, with broken limbs and a bleed in his brain. He was rushed to the hospital by a neighbour grazing his cow.


“When we reached the hospital, we saw our son lying unconscious. The first thought I had was that we had lost him, just like our younger son. But the doctor told us he can make it with the surgery.” – Anjali, mother

A part of Sudhir’s skull was removed. He had a clot in his brain. He now needs surgery for his right leg, which is severely injured. Sudhir cries in pain all day. All he wants is to go back home.

With only 2 days left and no means to afford the surgery, Chandra Sekhar and Anjali had to go back to their village yesterday to mortgage their house. The medical bills are piling up every day, and they have nothing left. Chandra Sekhar is a fish seller and earns Rs. 200 per day. He doesn’t have the means to afford 4 lakhs to save his son.

“I’m trying everything I can. We had no option but to ask our relatives to stay with him in the hospital, we have to find a way to save him. But we have only 2 days. We just don’t have enough time or money.” - Chandra Sekhar

Sudhir doesn’t talk now. He mostly cries out in pain, and sometimes gestures for food. He’s not the bright, talkative young boy everyone knew. It will take Sudhir weeks to recover, but his only chance at making it out of this trauma is surgery in 2 days.

Sudhir’s parents are devastated. They fear losing their only child. However, you can help them – even a small contribution can help him get the surgery in time. 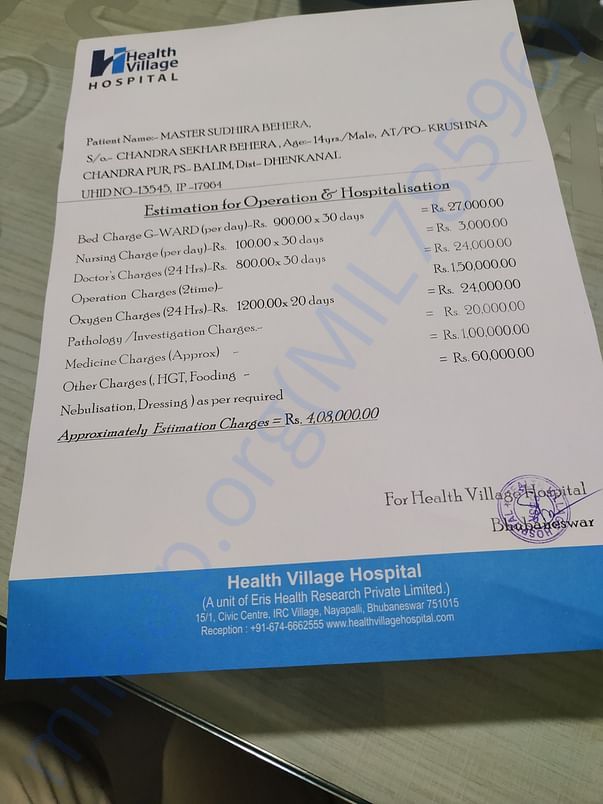 Sudhir is doing ok. The patient has successfully undergone surgery and is recovering  slowly.

Scan & donate with any app
check_circle_outline Download payment receipt
Report fundraiser
Know someone in need of funds for a medical emergency? Refer to us
Rs.27,887 raised

May god bless him and his family

May god bless him and his family 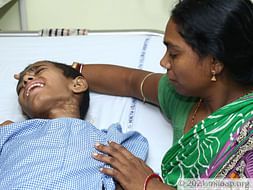 After Falling From A 20 ft Tree, Boy Has Only 2 Days To Get Surgery