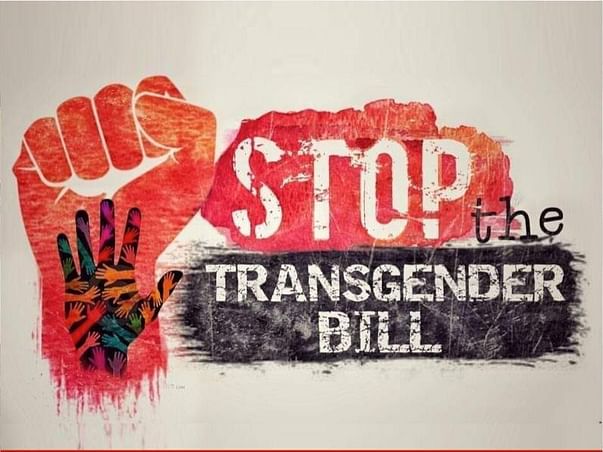 Share
On Dec 17, 2018 the Lower House of the Indian Parliament, the Lok Sabha passed the Transgender Persons (Protection of Rights) Bill, 2018. This Bill contradicts, rather than protects, many of the rights and protections laid out in the country's Supreme Court's NALSA verdict of 2014, and is an overall dangerous piece of legislation that ignores the critiques and suggestions made by the Trans, Intersex, and Gender Nonconforming (T, IS and GNC) communities in India. The passing of this legislation will subject these communities to increased discrimination, harassment, and institutional violence.

Here are some of the most harmful aspects of the current version of the Bill:

1. This Bill upholds the establishment of screening committees, comprised of District Magistrate, Psychiatrists, Medical Officers, and one Trans person, which will have the power to determine whether or not an applicant qualifies as transgender. The process of "proving" one's gender in front of a committee violates multiple fundamental rights, and is utterly humiliating. The Bill also mandates "surgery" as the basis for applicants to qualify as Transgender and avail of protections. This requirement violates the principle of self-determination of identity for Trans, Intersex, and GNC people, and disenfranchises many who can not afford surgeries as well as those who do not desire any surgeries.

2. The Bill criminalizes begging, sex work, and other forms of livelihood that many in the Trans communities depend on to survive. Contrary to the stated purpose of the Bill - Protection of Trans persons' Rights - it criminalizes and discriminates against us, specifically targeting entire communities of Transwomen, Hijras, and Transfeminine people who have historically practiced begging and sex work as the primary source of income. The Trans, Intersex and GNC communities thus firmly oppose this Bill along with similarly criminalizing and discriminatory provisions of the Trafficking of Persons (Prevention, Protection, and Rehabilitation) Bill 2018. Both Bills are currently pending before the Rajya Sabha and must be withdrawn in their current form.
3. The Trans Bill 2018 also denies reservations and affirmative action for Trans, Intersex and Gender Nonconforming people in employment, education, and healthcare. Thus between criminalizing begging and sex work, and denying reservations, it puts our very lives at stake.

4. The Bill requires Transgender people, to reside with their birth family - even though birth families are often the first site of violence against these individuals. If Trans people are aided by other Trans community members in escaping such conditions at home, the community members can be imprisoned for up to 4 years!

5. The Bill postulates that sexual violence against Trans people will face punishment up to 2 years, in comparison with the 7yrs of imprisonment for sexual violence against non-trans women. In this way, the Bill directly discriminates against the Trans, Intersex and GNC communities and strips us of dignity and equality.
6. The Bill has labeled all Intersex people as Transgender. This is a gross violation of the right of self-determination of Intersex people, many of whom do not identify as Transgender.

Trans, Intersex and Gender Nonconforming people and their allies across the country are raising funds to support the travel of those community members who do not have the resources to fund their own travel to the national capital, Delhi, and protest this Bill on 28th December, 2018. Please donate any amount you can in order to enable maximum number of our community members to mark their presence outside Parliament. Please spread the word to support the Trans, Intersex and Gender Nonconforming communities in their struggle. Any money raised after that date will go towards reimbursements for the same costs. Thank you!
Stand with Trans, Intersex, and Gender Nonconforming People!
PS: PLEASE NOTE: We are not able to accept contributions in any currency other than INR, from Indian Nationals having Indian bank accounts at this time. We will try to set up another fundraiser to receive funds in USD and other foreign currencies. Thank you!