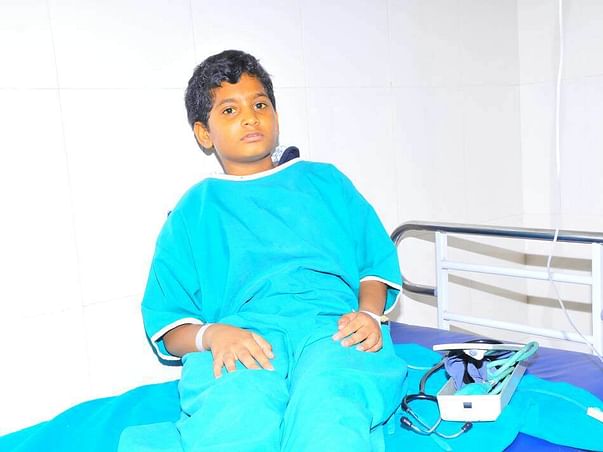 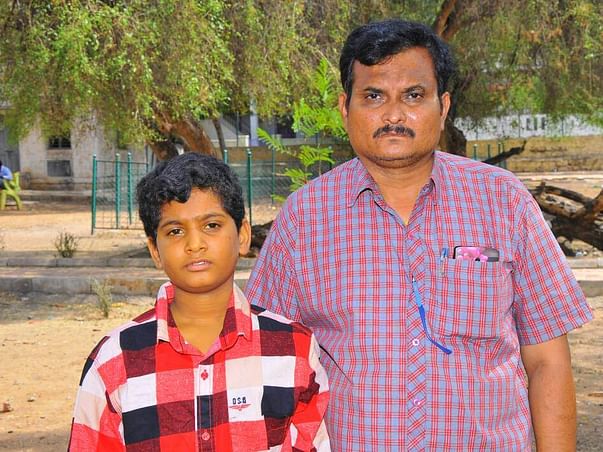 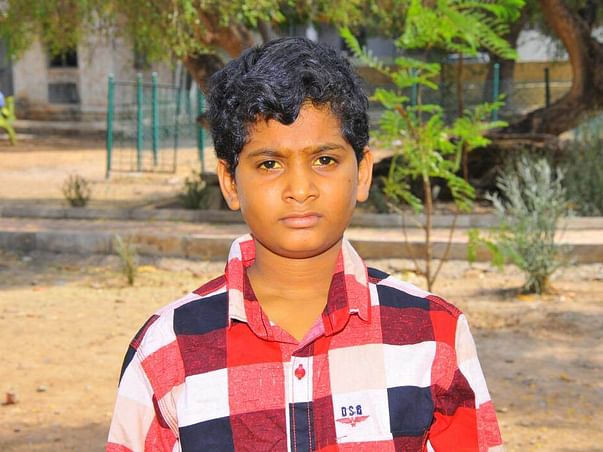 “I was 8 months pregnant, when the doctor suspected that something was wrong, and told me to undergo a particular test. My blood sample was sent to Delhi for analysis. The result shattered my life, and I’m still trying to gather the pieces. My unborn son was diagnosed with the same condition that had taken my daughter away.”
Madhavi and Lakshminarayan are an ordinary middle class couple, but their situations have drained them of any resources they could have, to spare for an emergency. They are a family of 4, including Srinidhi, and Lakshminarayan’s mother who has been paralysed and bedridden for 10 years now.

Srinidhi was born with a rare liver disorder, which is at the last stage now:

“My daughter was also diagnosed with the Crigler Najjar Syndrome, but due to our financial condition we could not afford the treatment or a transplant. She was 6 when she passed away. That guilt will never leave me. We have been doing everything we can to save Srinidhi now, but his liver is dying day by day, and we cannot afford the transplant.”

Lakshminarayan is an employed mechanic, and earns around Rs. 25,000 a month. It is with this income that he takes care of his mother: her medication and treatment, his wife and his Srinidhi’s educational and medical expenses.
“He needs UV bulb treatment, for which we spend around Rs. 30,000 once in 3 months. That has kept him alive so far, but his liver is giving way now. The doctors are saying that a transplant is the only way out, but we cannot even dream of an amount so big.”

Why she needs your help to save her son:

Madhavi and her husband have exhausted all the money they had, and cannot even think of the way to arrange the funds needed for a transplant. On the other hand, Srinidhi’s condition is worsening every day.
“Every time I see him, it is just my first baby I can think of. As his liver dies day by day, my guilt just keeps getting the better of me. I could not save my daughter. If I cannot save my son as well, I would feel like a terrible mother. I will not be able to bear this. Please help me save my son, ”Madhavi breaks at even the thought of losing her son.

A small step from your side, could mean a lot to this mother.