Help Letters of Love send refugee children New Year Postcards | Milaap
This is a supporting campaign. Contributions made to this campaign will go towards the main campaign. 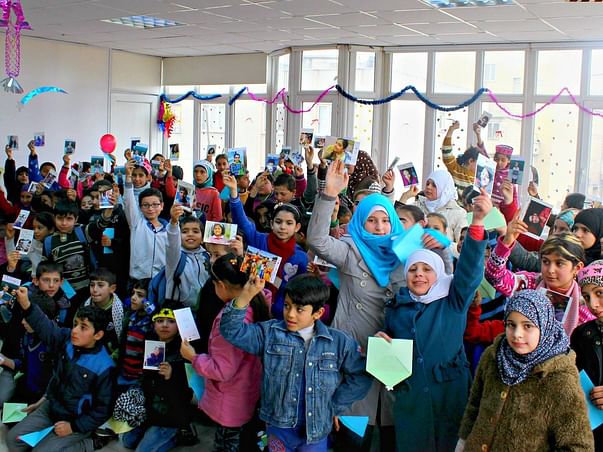 At the onset of an ongoing war & an exodus that has uprooted more than 11 million people from their own homeland by inhumane acts of terror; the Syrian war & its consequent refugee crisis is one of the most gruelling humanitarian challenges we have ahead of us today. According to UNICEF, ‘Syria's children hit rock bottom in 2016, with more killed than in any other year of the civil war.  At least 652 children died - 255 of them in or near a school - last year, a 20% jump from the number killed during 2015’. Apart from these painful statistics, it is also to be noted that 7 million, which is more than half of the total refugees having fled from Syria, are innocent little children who are bearing the brunt of a war they certainly didn't start. Along with these children seeking safety in the nearby regions, are large numbers of Iraqi, Afghani and Yazidi refugees as well.

The largest humanitarian crises of our times is being live-tweeted and all we're doing is watch!
Or maybe not?

Letters of Love is a global initiative guided by UNHCR- Gaziantep, Turkey, that aims at making a difference to humanitarian crises, one smile at a time. Founded in 2015 by a 23-year old Engineer turned Educator along with an ebullient team of 30 across 10 countries, we intend on doing so by primarily sending personalized letters, them being photo-cards with a motivating hand-written message, as NewYear Greetings to all the children entrapped in war & refugee children. Our secondary objective is to raise funds simultaneously to the UNHCR for the credible work they are doing at this front.Our tertiary objective is to raise awareness about the Syrian war & refugee crisis by sensitizing school & college students, teacher education institutions & corporate companies all around the world.

Here is our impact over the last 2 years in numbers :
In a nutshell, people who are sensitized to the Syrian refugee crisis send us a happy photograph and motivating message through our website. The pictures are printed out and the messages are translated by our Syrian volunteers on board into Syrian Arabic. The writing team comprising of a group of students from various colleges and also volunteers from myriad walks of life in Egypt, Jordan and India, write them down, doodle with colours and accumulate them for the final shipment to camps and community centers as directed by the UNHCR.

The media coverage of Letters of Love has been gracious.
Into our 3rd year now, Letters of Love 2018, is back with numerous refugee camps and centers on board and is delivering to more refugee communities across Turkey, Jordan, Lebanon, et al.

Let's be that part , they'd want to remember with a smile; the part that cares, loves and that which they deserve rightfully .
Let's be the better world !

Calling out to all the hearts out there, anyone and everyone who believes in the power of impossible hope, the magic of a smile, are humane and yearn to make a difference, however big or small !
Let's make their 2018 , a Happy New Year, indeed !

We at Letters of Love strongly believe in the popular maxim, 'Many a little, makes a mickle'. A small fraction of the funds we raise is used to cover the logistical cost of Letters of Love. Each letter only amounts to an approximate Rs 10 ( 0.153$ ) which includes the printing and courier costs. The larger fraction is transferred to UNHCR for the credible work they undertake for the benefit of refugees.

Your humble donation could be the colourful postcard from a promising new friend expressing solidarity and the pair of woollen socks and other resources as decided by UNHCR that will safe guard the children from the harsh winter these countries experience, especially with the poor living conditions they're all subjected to !
For all you know, for what it's worth, let's love !

WHAT ARE YOU WAITING FOR ?!
The change is near and it's here. It's YOU.
Let's spread the smiles, together !

Ask for an update
Donated to this campaign via Paytm or bank transfer? Click here if you have not received an email confirmation from Milaap.
Letters have been pouring in :)

Please view the love we received during Halloween here !

We shall be getting to printing and writing them by end of this month.
Please stay tuned as we have so much lined up in store for November!

Thank you for your kind heart,
Letters of Love Team.

Letters of Love in collaboration with PRECISE, a 3D printing and immersive computing specialist in the Gulf Cooperation Council (GCC), delivered 3Doodlers that are 3D pens that enable users to draw in thin air, to Syrian Refugee children tended to by El Sistema Greece at Schisto Refugee Camp.

Each pen was accompanied with a heartfelt letter of love written by employees of PRECISE as well as a personalised 3D heart doodled for each child with their name in Arabic inscribed in it. The idea of the collaboration was to make education fun and encourage it amongst refugee children in an interactive manner.

"We gave them to the kids to draw notes and the sol key. They also made their own creations. They were very touched with the letters and their own personalised heart with their names on it. It was really beautiful! We kept a few pens and the teachers aim to use it as a teaching tool. It is very fun teaching notes with these pens."

PRECISE sets a great example of how one can do business for good and your generous contribution has been making refugee children smile ever since :). Thank you very much !

Here are some photographs in order to share the excitement and love these children felt while using the 3D pens and also, reading the letters from their new friends :)
"I want to do something about it", is what gave birth to Letters of Love in 2015. Today, we've come to realise that you and tens of thousands of others echo just the same resolve. Therefore, it is with great joy and gratitude that we inform you that from being an online initiative, Letters of Love is now a youth-led international non-profit organisation that aspires to make a difference to global refugee crises through handwritten letters. We work towards providing psychosocial support to refugee children as well as creating an aware, empathic citizenry of young changemakers.

We hope to have your unwavering support as we begin this new chapter in creating a kind world for refugee children.
Load more
Donate

G
You are sending a message to
Gangadhar.C
Go back 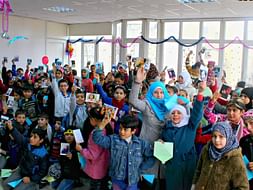