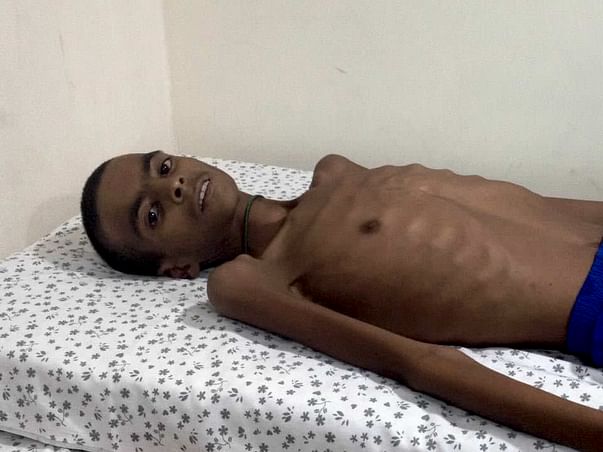 16-year-old Shabaz has been suffering from severe malnutrition for years and is in dire need of treatment.
8 years of malnutrition has cost Shabaz his childhood
Arefa Begum and Atta Ulla Khan recall that they had a healthy baby boy 16 years ago. All was well until he began having tummy troubles when he was just 8 years old. He was not eating right, and even if he was force-fed, he would immediately have to poop it out. His body was not digesting food.
Shabaz was diagnosed with TB in his stomach. He was on medication for a long time. When he got better, his parents thought he was cured and stopped the dosage. Eventually, his condition got worse. The symptoms came back, and now Shabaz is in intolerable pain.
He has been advised to urgently undergo treatment and management of his condition which is amounting to a total of 3 lakh Rs. He is in a very critical condition and is unable to swallow or gain any  weight. Shabaz may lose his life without medical intervention
His parents are willing to do whatever it takes to save their son but unfortunately, do not have the funds to help their son.
"My husband works with a florist. If there is work, he gets Rs. 200/day otherwise he does not. We have spent all we have so far, Rs 77,000 and even that we had to struggle, beg and borrow. Here we have nobody. We have so much to pay for the treatment. They said we have to figure out what is wrong with my son, before that, start treating him for malnutrition, or else he will die."
Your contribution can save Shabaz and give him the treatment he deserves.

UPI: rzpy.givetomlpshabazkh003@hdfcbank (Copy to clipboard)
Or
Click here to read the instructions before you make a bank transfer. 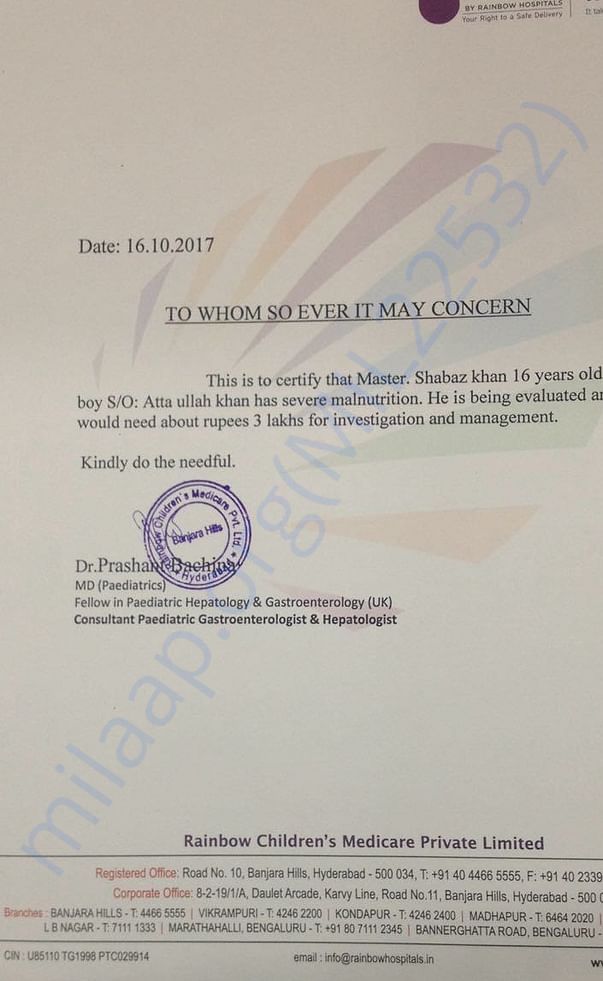 UPI: rzpy.givetomlpshabazkh003@hdfcbank (Copy to clipboard)
Or
Click here to read the instructions before you make a bank transfer.

Donate
Report fundraiser
See how thousands are crowdfunding for their causes on Milaap
Rs.11,745 raised