Save Chenchus from Relocation | Milaap

Save Chenchus from Relocation 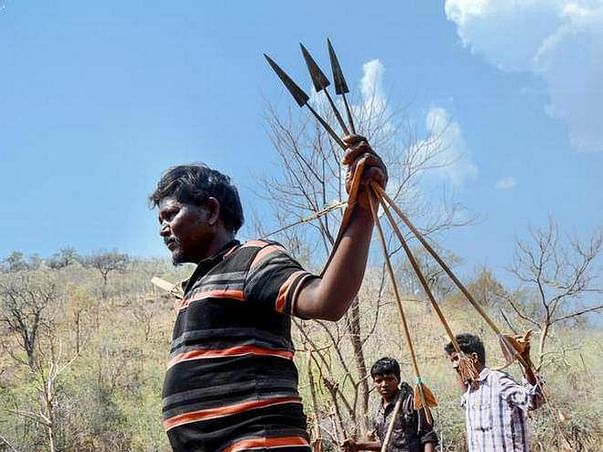 India’s largest tiger reserve covering, an extent of 2527 sq. km, with declining tiger population between 2010 and 2014 from 72 to 68, was declared as of Nagarjuna Sagar - Srisailam Tiger Reserve (NSTR) of the Nallamala region of Andhra Pradesh as Inviolate (free from human habitation and use) Area on 20-12-2007 by the ministry of Environment, Forest, Science & Technology AP, under sec 38V (1) of the Wildlife Protection Act 1972 as Amended in 2006 (WLPA).  The NSTR covers 120 villages, of which 24 are in the core/critical tiger habitat. Eviction from traditional habitat and forced relocation of the Chenchus, a Particularly vulnerable tribal group, from Nallamala forest region poses serious threat to their survival.

The NSTR notification is illegal and in violation of several laws of the land:
National Tiger Conservation Authority (NTCA) communicated an order to all Chief Wildlife Wardens of all Tiger Range on March 28th, 2017. It states: "in absence [sic] of guidelines for notification of critical wildlife habitats, no rights shall be conferred in Critical Tiger Habitats. With this communication the entire process of conferring rights under FRA has come to a grinding halt. Around 1502 Chenchu families have been given rights over an extent of 5700 acres in Prakasam District of Andhra Pradesh.  Besides, 1542 individual and community claims are pending at different stages. The order is against the spirit of section 38O (2) of Wildlife Protection Amendment Act 2006. Further, Sec 38 O (2) of WLPA 2006  directs NTCA specifically not to interfere  with or affect the rights of local people particularly Scheduled Tribes. Sec 38V 5 (1) of WLPA 2006 mandates to complete the process of recognition of the rights of tribals first and then designate the conservation areas by adopting due procedures. The law also prohibits making an exception of tribal rights in areas which are designated as critical tiger habitat. Forced Out of Forest The Hindu MAY 06, 2017
Chenchus staging a dharna demanding land rights.
The Scheduled Tribes and other Traditional Forest Dwellers (Recognition of Forest Rights) Act 2006 (hereinafter referred to as Forest Rights Act or FRA) came into force in October 2007.  FRA for the first time statutorily recognised the symbiotic relationships of the tribal with forest. It further recognized that, historical injustice was meted out to the scheduled tribes and other traditional forest dwellers that are integral to the very survival and sustainability of the forest ecosystem. The said Act provides for recognition of, and vesting of forest rights in forest dwelling Scheduled Tribes and Other Traditional Forest Dwellers. The FRA guidelines ensure that Critical Wildlife Habitats are declared only with the voluntary consent of the affected people. It also gives ample scope to the state Governments to explore the possibility of co-existence. If such a possibility is not practicable, the expert committee, which also includes the district Tribal Welfare Officer and an NGO working in the field of tribal welfare, will have consultations with the Gram Sabha/ affected persons for their relocation, during which the available options for voluntary relocation would also be explained. The relocation involves providing secure livelihoods to the persons to be relocated. In fact they may choose the option most suited to them.
Objective-1: To facilitate conferring of rights of all forms to Chenchu community of Prakasam district.
Activities: Chenchu community in general and Gram Sabha & Forest Rights Committee (FRC) in particular would be empowered on all relevant aspects of Wildlife Protection Amendment Act 2006 and The Scheduled Tribes & Other Traditional Forest Dwellers (Recognition of Forests) Act 2006. The community would be clearly specified that there is possibility of both i.e. staying back in the forests and relocation from the forests. Help them in filing fresh claims in place of rejected ones and others, if necssary.
Outcome: Individual & community Rights would be conferred to Chenchu community of Prakasam district.
Objective -2: To Prevent relocation /resettlement of Chenchus from the Tiger Reserve i.e., Core and buffer areas of NSTR.
Activities: Strong presentation would be made on behalf of Chenchus during the consultation processes to determine irreversible damage and options of coexistence  under  Sec 4- 2 B & C of FRA.
A detailed study is proposed comprising a multi-disciplinary team covering the following issues:
Outcome: Chenchu community legally permitted to stay back in the inviolate and buffer areas of Nagarjuna Sagar -Srisailam Tiger Reserve. As a last resort the Chenchus of the relocated habitations be resettled with secured livelihoods.
Budget :
Financial assistance is requested for the following activities
Total :     18,68,000
Donate 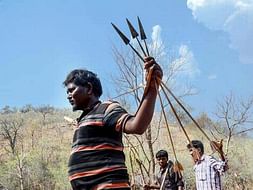 Save Chenchus from Relocation