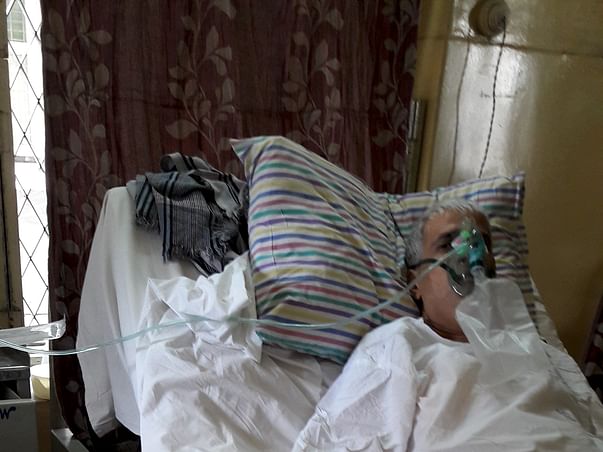 On 7th Aug 2015 Brain Tumor operation was done at CMC vellore and only 80% of tumor was able to remove – For the remaining portion Radiation was given from 27th Aug 2015 to 9th Oct 2015 – Biopsy report said that it is “Hemangiopericytoma” a type of sarcoma which is aggressive and malignant.
On 29th Nov 2016 the PET Scan report said that the tumor had spread over different parts of body like Head & Neck, Chest, Abdomen & Pelvis, Musculoskeletal Structure – From 6th Dec 2016 to 21th Dec 2016 dad took radiation for sub-mental swelling over the neck and Hip Bone – On 23rd Dec 2016 Medical Oncologist* suggested for Oral Chemotherapy in the form of Tablets named T.Votrient 400mg (Pazopanib) twice a day to stable the cancer which is much costlier.
After 3 months of Pazopanib he got “Bilateral Pneumothorax” which is a side effect of Pazopanib – On 9th April 2017 Bilateral Chest Tubes were inserted on either side of chest at our local place and subsequent to removal of tubes Pneumothorax reoccurred  – Another PET Scan report* on 25th April 2017 said that the tumor has increased compared to previous report – On 20th May 2017 the patient has admitted at CMC vellore on Pneumothorax reoccurrence for which one tube on right and two tubes on left was inserted and he need to be admitted for more 2 weeks…
*(Document  attached)
Doctors saying: There exist "plura" around both the sides of lungs, patient also has tumor in that plura space...and the pazopanib medicine which he is taking for tumor is also working on tumour which is in plura space around the lungs...while killing tumor cells the pazopanib also makes damage to plura and which may cause an air pocket inside the lung.
Dilemma: If pazopanib is dis-continued tumor will start increasing but pneumothorax be treated. If pazopanib is continued the Pneumothorax will reoccur and it cannot be treated at all.
…So we are in need of financial assistance for current longer treatment and continues diagnosis.
Family Histoy:
Dad was Commission Agent and he stopped earning from past 9 months.
Mom is a House wife.
Elder Brother alone is earning but its insufficient.
I’m pursuing my studies but it has become quite difficult in this condition to clear it.
PET Scan Report and Medical Oncology Report

N
You are sending a message to
Navneeth
Go back 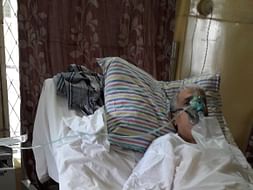