He Is Fighting A Malignancy For The Third Time, Help Save His Life | Milaap

He Is Fighting A Malignancy For The Third Time, Help Save His Life 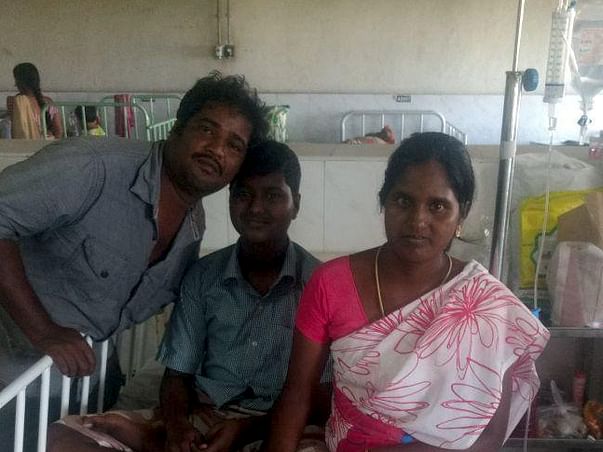 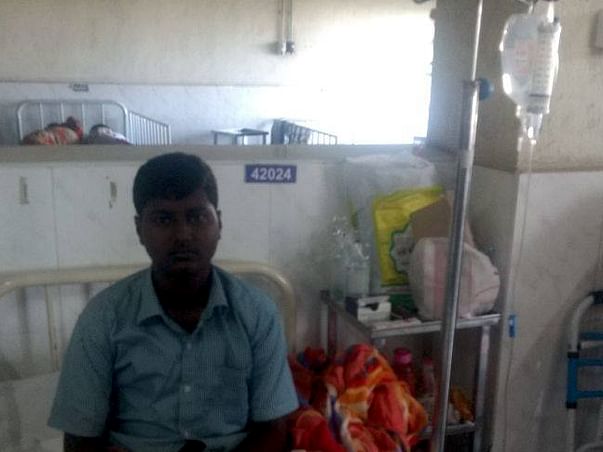 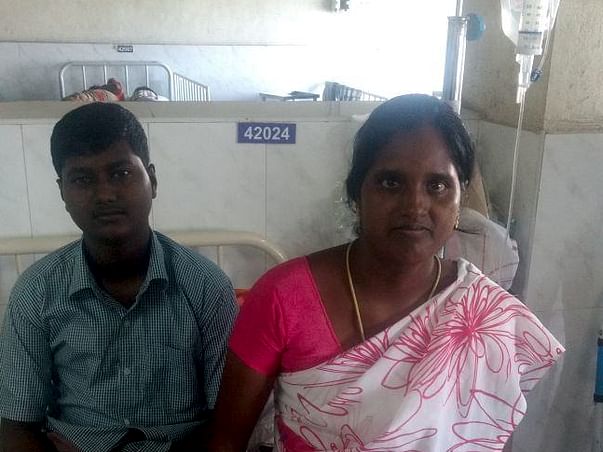 "When he first came to know he was sick, Sakthivel was shattered, not because of the disease itself or what it would do to him, but of the fact that he would no longer be helpful to his family. My son cried for days because he felt that he was adding to our burden! What did I do to deserve such a son? What did he do to deserve such a fate?"
14-year-old Sakthivel was studying for his routine tests while he suffered breathlessness and developed a fever. Although he was initially diagnosed with pneumonia, the truth was far worse. Sakthivel has a malignant mass in his chest and needs immediate treatment to have any chance of survival.
Sakthivel is the eldest of two siblings, born to a father who makes a living as a taxi driver, and a mother who has struggled all life doing odd jobs. His father works all day every day to support the family, and hardly has time to spend with the wife and children. Sakthivel's only aim in life was to work and improve the economic condition of his family, so they would stop suffering.
"We did not think much of it when he got a fever, but it got us worried when he started struggling to breathe. At first, the doctor said he has pneumonia, but even with treatment, his symptoms got worse. They referred him to another hospital where an X-ray was taken. Our world just stopped when we heard what the CT and biopsy confirmed. He had a huge mass, and it was growing. It could spread. The doctor said if we left it like that, he would not survive."
The younger sibling is hardly 10 years old now and has been fending for himself ever since Sakthivel's diagnosis. As the mother has been by Sakthivel's bedside 24x7, this younger sibling cooks by himself goes to school, spends the lonely nights at his neighbors’ houses as relatives are reluctant to take responsibility for him.

For a year, Sakthivel got treatment, recovered and went back to school. A few months later, he complained of severe back pain, and examination revealed that his disease did not only come back but had also gotten worse. The family relentlessly went through a second round of pain with another cycle of treatment. Sakthivel had to take his exams in private and stay out of school.
Over time, his will to work motivated him to join a technical course. At this time, he developed numbness in lower limbs, which progressed into paralysis.  Investigations revealed a recurrence of the disease.   So, he underwent urgent radiotherapy after which he started showing improvement. Now, Sakthivel is walking with support. In view of the recurrence of his symptoms he had been put on 3rd line of drugs and the cost of full treatment would be around Rs.2.5 lakhs.

This family has already spent a lot on their own to keep their son alive. Sakthivel is a fighter, and he will keep fighting until he wins.

Your contribution would be an incentive to save Sakthivel.
Estimation letter 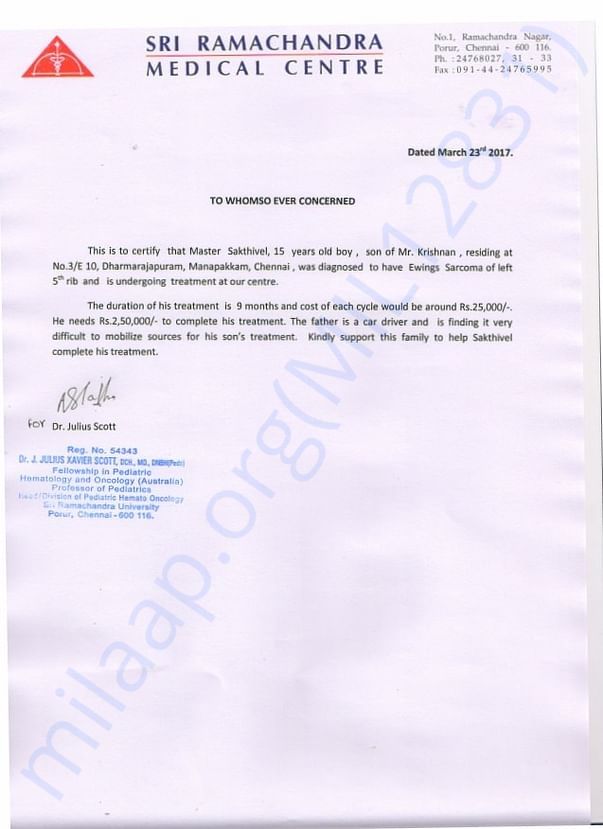 Report fundraiser
See how thousands are crowdfunding for their causes on Milaap
Rs.32,750 raised

You are sending a message to
Dr. Snehalatha
Go back 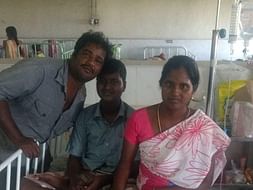 He Is Fighting A Malignancy For The Third Time, Help Save His Life