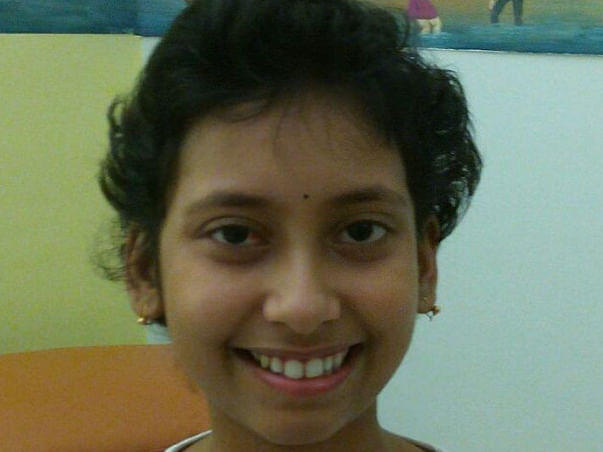 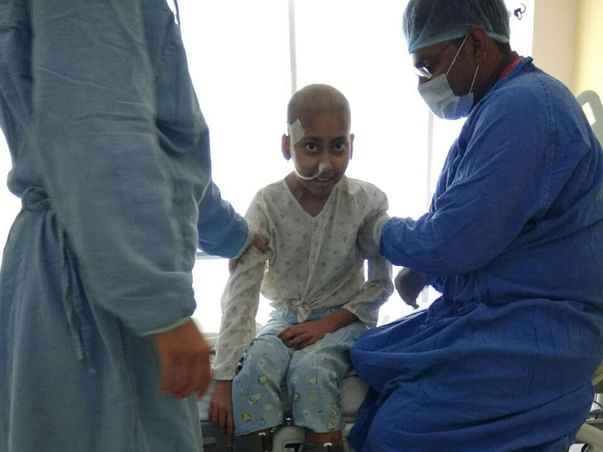 Share
Sreeja, only daughter of mine Rajat Roy & Mallika Roy, was born on 09-12-2004 in New Delhi, India. Everyone in the family was so happy to have her. Gradually she grew up and she was admitted to school in New Delhi. Everything was going fine. Suddenly, the day came on 11-10-2009; she was diagnosed with T-cell Acute Lymphoblastic Leukemia (a form of blood cancer). It was a heartbreaking situation for all but everyone mastered courage to fight this deadly disease. Her treatment started immediately. She tolerated the treatment well. Sreeja has got only 3 follow-ups left out to be declared cured from Leukemia but unfortunately, in August 2015 it has been relapsed.
Everybody was shocked and treatment started again with heavy doses of chemotherapy. The main treatment was for 6 months and she also tolerated it well as well as the radiotherapy. On 29-09-2016, her disease relapsed again and she had to be readmitted to ICU at "Medanta-The Medicity, Gurgaon, India as new cancerous cells were detected. Then doctor advised that Sreeja has to undergo BONE MARROW TRANSPLANT.
On 23-01-2017, Sreeja was admitted to "Medanta-The Medicity, Gurgaon, India" for BONE MARROW TRANSPLANT. Post Transplant, there were many infections, very fluctuating Blood Pressure but she fought all these with tremendous courage & grit and was discharged on 15-02-2017. The next 3 months after BMT were very crucial.
As she was not doing well and unable to stand up or walk, to talk, to swallow, to move her hands, Sreeja was again admitted to the hospital on March 13 for one week for various medical tests and then finally she was again admitted on 21-03-2017.
She was detected with Acute Toxic Leukoencephalopathy which is a rare condition that is characterized by progressive damage to white matter in the brain, particularly myelin, due to causes such as exposure to drugs. Doctors are almost zeroed in that it has happened due to chemotherapy drugs given to her. She is now undergoing neurological treatment at "Medanta-The Medicity, Gurgaon, India".
Sreeja has started responding to neurological treatment but response is slow. Doctor has told that she will recover for sure but it will take may be months and she needs to be kept under 24x7 observations and treatment at hospital till she is able to swallow food and walk of her own.Ultimately, after 51 days fight from 21-03-2017, she was discharged on 12-05-2017 and her condition started to improve.
Unfortunately, on 04-07-2017, a seizure attack occurred and she was taken to nearby hospital for remedy of this and transferred to Medanta Hospital via ambulance and admitted there in ICU under ventilation. An MRI and LP (lumbar puncture) done and MRI shows swelling in the left side of the brain. We were shocked to hear the news that her disease relapsed and transplant procedure is unsuccessful. She was came out from the ventilator on 13th July and discharged from the hospital from 24th July 2017. Now the treatment is donor lymphocyte infusion which has been started from 31st July and the hospital has given an estimation of Rs.10, 00,000.
She is still unable to do his activity of daily living. This is a tremendous physical, mental and financial burden for the family. The family has been fighting this terrible medical condition for all these years.
Rajat Roy and Malika Roy appealing that Sreeja needs your prayers and help. Please extend your helping hand to Sreeja by donating as per your capacity to live a normal life.
I personally feel that if we all can help and share to the maximum number of people to support Sreeja a brave fighter and battling for her life with all smiles , the amount of 10lacs can be arranged and can save her. So request all to support for a good cause.
I thank you all in advance for taking time to read. Please support & share to the max and help the kid to get back to his normal life.