Prathima's online fundraiser for Others | Milaap
This campaign has stopped and can no longer accept donations.

I am fundraising to help Rami Setty, a tribal organic farmer in his effort to end malnutrition in Bhadrachalam tribal area 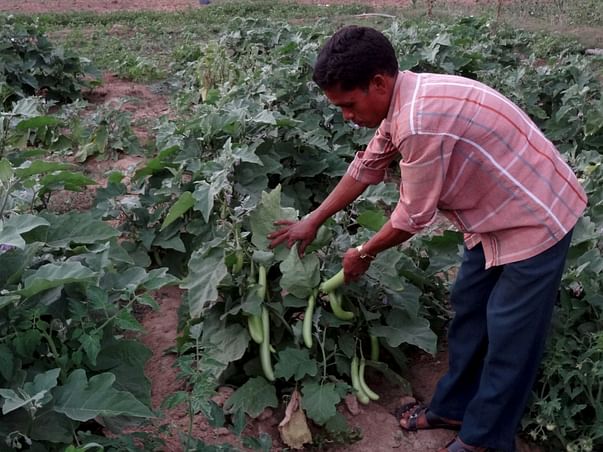 Sode Rami Setty is a 35 year koya tribal man. He lives in a remote village Valmirugondi in Chintoor Mandal, a part of the Dandakaranya forest 100 km from the temple town Bhadrachalam. Post bifurcation of Andhra Pradesh State, Chintoor Mandal is now in East Godavari District of Andhra. It is an area where people are still dependent on forests for livelihood and nutrition, where malnutrition and anemia due to micro nutrient deficiencies are highly prevalent. Children being born with birth weight less than 2.5 kgs and even grown men having hemoglobin levels less than 6 gms is a norm here rather than an exception.

Since 2011 Rami Setty has been working on promoting organic vegetable cultivation in his village and his Mandal. “I decided to grow leafy vegetables in 2 acres of the 20 acre community land in my village because consumption of leafy vegetables can greatly reduce the incidence of amenia especially in pregnant women. Lack of nutritious food is the major reason why tribal people in my area are so weak and malnourished. I wanted to ensure that healthy food is available to them at cheaper rates.” expained Rami Setty.  He started selling leafy vegetables to his villagers at cheaper rates and motivated the mid day meal cook of his village primary school Sode Parvathi to grow vegetables using organic methods. After facing a lot of difficulties Rami Setty has been able to expand his area of vegetable cultivation from half an acre in 2011 to 2 acres in 2015.

In an area where tribal people are treated as beneficiaries of NGO and government dole outs, a tribal man has emerged through his own efforts as a pioneer in organic vegetable farming, who wants to not only better his life but also his tribal community. Now, the villagers of Valmurigondi are keen to follow Rami Setty. He has formed a youth group in his village to start organic vegetable farming in the entire 20 acres of community land in his village but lack of financial support is a major hindrance. He dreams of spreading the practice of organic vegetable cultivation starting from his village to all the interior tribal Mandals of his region.

The following Plan of Action has been prepared by Rami Setty for the year 2015-16.  The main action items are –

1. Increasing area of cultivation of vegetables of Rami Setty’s farm to 3 acres in his village, Valmurigondi

2. Training and supporting 8 youth in his village to cultivate vegetables and paddy using System of Rice intensification (SRI) method in 8 acres of the village community land

This amount will help Rami Setty take a huge leap in acheiving his vision of ending malnutrition among the koya and Konda Reddi tribal people in his area. Please support him realise his goal.

Report fundraiser
See how thousands are crowdfunding for their causes on Milaap
Content Disclaimer: The facts and opinions, expressed in this fundraiser page are those of the campaign organiser or users, and not Milaap.
Rs.30,000 raised

Donated to this campaign via Paytm? Click here if you can’t find your donation listed below.
A
Anu donated $36.66

I hope it would be helpful for them. Do let me know about such activities, interested to be a part of it Akhila Sundari

All the best! Kudos to the efforts u r putting in!

Donated to this campaign via Paytm? Click here if you can’t find your donation listed below.
A
Anu donated $36.66

I hope it would be helpful for them. Do let me know about such activities, interested to be a part of it Akhila Sundari

All the best! Kudos to the efforts u r putting in!

P
You are sending a message to
Prathima
Go back 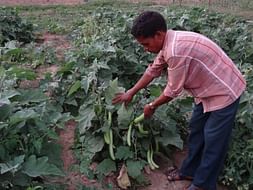 I am fundraising to help Rami Setty, a tribal organic farmer in his effort to end malnutrition in Bhadrachalam tribal area