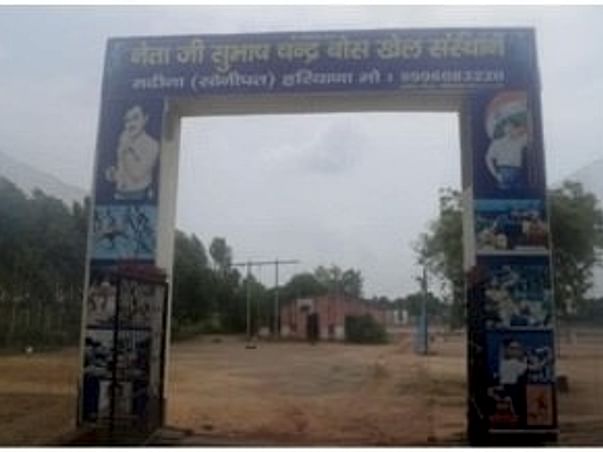 “It all started with a dream to make the nation proud,” says Ajmer Malik, a retired Army Man, who is now giving the nation some of the best athletes.
When Ajmer returned to his village, after his service in the army, his main security for his life ahead was his 3 acre agricultural land, and the pension he would receive. However, his will to serve the nation was undeterred, and he decided to continue giving back to the nation. This was how he went on to establish the Netaji Subhash Chandrabose Sports Academy.
Ajmer Malik had qualified for the Nationals 8 times.
Ajmer Malik was a passionate athlete in his youth. Before joining the Indian Army, he had already been selected for Wrestling at the Nationals, 8 times and secured the second prize twice. However, financial problems did not allow him to pursue his passion beyond that.
It was then, that Malik decided to join the Army. He wanted to do a job where he could give back to the nation that had given him everything he had. Therefore, with a will to serve the nation in any way he could, he joined the Indian Army. Ajmer Malik served in the Army for 15 years, but came back with a will to do more.
He has invested his own land and almost all his pension on the academy.
When Malik returned, he revived his old passion, and began training others in his village who were passionate about sports.
With a deep empathy for athletes who have the immense talent but are not financially equipped to pursue their passion, he started helping young athletes get better training. This was how Netaji Subhash Chandrabose Academy was born. He has invested his own land and almost all his pension on the academy.
The academy now has four modest tennis clay courts, an indoor wrestling facility, a temporary running track and a temporary gym. Having established this structure with funding and loans from his own sources, Malik is now struggling to improve the infrastructure, and therefore the quality of training he can provide to the young athletes.
The academy has turned every obstacle into an opportunity through ‘desi jugaad’
The Academy makes good use of available resources, instead of complaining about the things that are unavailable to him. Electric poles, which fell during heavy monsoons, now support the net for the mud court at the training ground. Ploughs which otherwise used for agricultural purposes is being used here to maintain the ground, Nylon ropes are used to line the boundaries and tyres of different sizes and weights are used for strength training. Malik has spent his retirement fund to build the tennis court and the other facilities of the Academy.
Today, Malik’s academy is churning out promising, young athletes from a pocket of the country where their dreams would have faded to the dust without capable guidance. Despite the lack of basic facilities, good infrastructure and even proper diet, children from this small village of Madina in Gohana, Haryana, has now produced promising state as well as national level athletes. This includes male and female wrestlers, kabaddi, and tennis players who hold a national rank, and have won many prestigious medals.
His own son Ajay Malik is an excellent and inspiring example. A national tennis champion, Ajay’s training had entirely been on the make-shift mud tennis court at his father’s academy.
Better facilities make better players.
The young athletes of Gohana are surprised at their own potential. They are looking forward to better facilities in their academy that would help them train and perform better.
Ajmer Malik could not pursue his own career in sports, but he made sure his son could, along with any other youngster in his village. The ex-army man started decades ago, with nothing but a dream to make the nation proud. With just a little support from us, his dream can become a reality.
ᐧ

Report fundraiser
See how thousands are crowdfunding for their causes on Milaap
Rs.208 raised 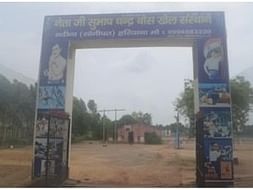