Kanishka's online fundraiser for Human Rights | Milaap
Milaap will not charge any fee on your donation to this campaign.

Fundraising to make a documentary film - I'm NOT Ashamed that talks about sexual orientation, gender identity and queer rights. Join our project! 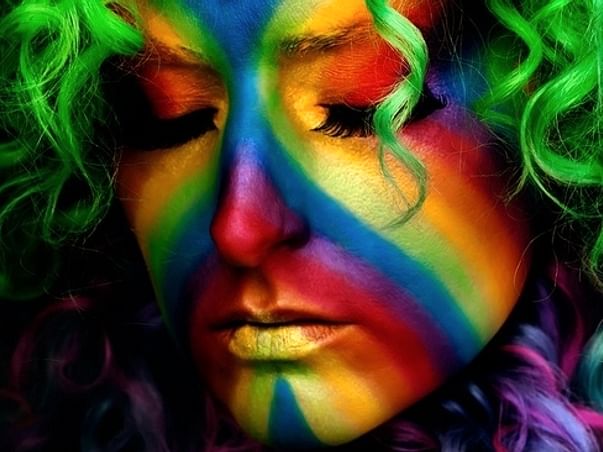 I'm NOT Ashamed is the first in the set of three part scripted documentaries on Sexual orientation, Gender identity and Queer rights. This particular documentary will be an audio video with 4 characters speaking about homosexuality and addressing the society’s myths, reservations and hypocrisies on the said subject. The essence of the proposed video is the courage which the characters displayed when they decided to come out of the closet. This will be portrayed beautifully in the documentary when they declare that they are not ashamed of their Sexual Orientation. Also, they take pride in their very being and encourage others to follow suit. The video is expected to be of approximately 3 minutes plus in duration including the credit rolls and characters’ introduction. The 4 characters featured in the video will be portrayed by different people representing their sexual orientations and their takes on the society’s general opinion on homosexuality. While 3 characters represent the LGBTIQ community, the 4th character is that of a mother, whose child is gay and speaks her mind in support of her offspring and Queer rights. We plan to release the documentary in the Queer Azaadi Mumbai's Pride week in January 2015. Apart from sending a copy to all you cool people, the same will be sent to all the Members of Parliament, libraries of all Central Universities and Film Institutes in India as well as showcasing them in Film Festivals across the globe as part of a sensitization campaign.

Why is this documentary important ?

In our country, there are many stigmas attached to homosexuality and gender identity. Through this set of documentaries, we plan to address those and sensitize people about the sexual and gender minorities. We would like to make them aware that this so called minority is as contributing a part to the society as everyone else is. We would like to showcase that being different is all right. We would like to tell them that homosexuality and gender identity is natural, that natural is defined by nature and should not be dictated on by humans. It is important that we spread this message far and wide. We will start by sharing this message with all of you, our politicians and students in the universities. Each documentary will have a better reach as each one of you will act as agents of change and spread the word.

Why we are crowdfunding

The first thing to understand is why we are crowd funding. It is not just because it is a cool thing to do but it is more to do with talking to all of you about our project and building a network of supporters and allies. We really want your participation and feedback on our project. More importantly, we require funds to give the documentaries the quality that they deserve. The documentaries are content driven and with the necessary quality, they will stand out when we showcase them as part of the sensitization campaign. The shooting will be spread over 7 days.

Sumit Kain (Director) Began his career as an advocate, registered with the BAR COUNCIL OF DELHI. Sumit kain later founded NIGHTWHISTLERS ENTERTAINMENT in 2010 and produced its first maiden film production venture, a Bhojpuri commercial feature film, ACHAL RAHE SUHAAG. Released in the year 2012 the said film was critically hailed by the media and the public alike for its strong portrayal of a woman and the beautiful depiction of the Indian culture and ethos. Sumit kain is also one of the founder members of ETHNICHE`, an Indian ethnic fusion wear brand based in Delhi and is also involved with the brand’s key Legal & Marketing decisions. Sumit kain has been associated with the Delhi theatrical circle for a long time and also had a stint with the Theatre, Television and film industry of Mumbai in the past. Vidushi (Sr.Manager) Vidushi is a Ph.D research scholar at the JAWAHAR LAL NEHRU UNIVERSITY, Delhi and an Associate Producer at Nightwhistlers Entertainment'. After graduating with a B. Sc. in computer science, from UNIVERSITY OF DELHI, she earned her Masters in Mass Communication from MCRC, JAMIA MILLIA ISLAMIA, Delhi. In 2010, she joined NDTV as an Assistant producer with Reddot productions, where she was actively involved in production of several shows. In 2013, she earned an M.Phil from JNU. She has taught Journalism at the University of Delhi and has been awarded the prestigious Rajiv Gandhi National fellowship for the M.Phil and Ph.D in 2011. She has recently concluded teaching mass media at Mumbai University as a full time faculty., after which she worked on SwaRRajya: the Indian folk music & dance festival as senior manager with Nightwhistlers Entertainment . Kanishka Chaudhry (Project Consultant) Kanishka works as a Business consultant over the weekdays and wears the hat of a social entrepreneur in his free time. He runs two NGOs based out of Delhi and Hyderabad which focus on Child rights, Human Rights, Education, Nutrition, Healthcare, etc. Kanishka is a core member of Sing a Smile, an NGO which works towards imparting the “Happiness Quotient” to the underprivileged by way of music and dance.

Donated to this campaign via Bank transfer/QR Code? Click here if you can’t find your donation listed below.
I
Ishpreet donated Rs.1,000

To support a proud gay man's quest and one of my closest friends!

Donated to this campaign via Bank transfer/QR Code? Click here if you can’t find your donation listed below.
I
Ishpreet donated Rs.1,000

To support a proud gay man's quest and one of my closest friends!

You are sending a message to
Kanishka Chaudhry
Go back 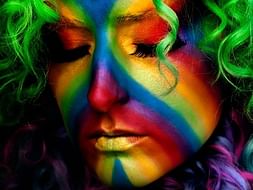 Fundraising to make a documentary film - I'm NOT Ashamed that talks about sexual orientation, gender identity and queer rights. Join our project!