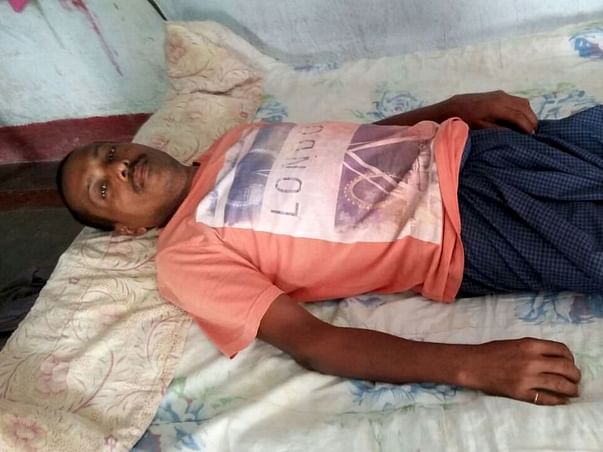 Narasaiah lives in Nizamabad, Telangana. He used to iron clothes for people living near his small shop. But ever since he became sick with cancer, his life has been beset with worry. In an effort to save him, his family sold their small piece of land and borrowed over 5 lakhs.

Unfortunately, his cancer has relapsed and he needs a bone-marrow transplant. His family is in heavy debt, his son has quit studies to care for him and no one will lend them any more money. If he doesn't get treatment he will be leaving behind an extremely poor family with a massive debt.

“My life has become a hell since Daddy got Cancer”
Rajkumar is 19, and all his life his parents told him that he needed to study well to find a better life. He was the class topper getting excellent scores in class 12. But that same year, just before he started college in June, – his father became very sick. He developed fever and was unable to get up.

“I had to take him to the hospital when he fell sick. Since then, it feels like I spent the rest of the year in hospitals. My younger brother also has stopped going to college to help me. My parents feel helpless and often cry. Especially then, I feel like life has become a complete hell from which we have no escape,” Rajkumar says.

Rajkumar and his brother Satish have kept the seriousness of their father's condition hidden from their sister so that at least she can continue her education. But he knows that they can't protect their sister for very long – their father's treatment has been stopped and it is only a matter of time.

Diagnosed with a difficult-to-treat blood cancer, only a bone-marrow transplant can help Narsaiah. His own blood has been used to produce healthy stem cells. Now, the family needs Rs 8 lakhs to pay for it. As it is, the family is living a hand-to-mouth existence and it is impossible for them to arrange the amount now.

Narsaiah's wife has started rolling beedis to make some extra income
Like Narsaiah, his wife Lakshmi is uneducated. All their life, they focussed on giving their children an education with the Rs 4,000 they earned every month. They had no savings, and just a small pocket of land in the village passed down to their family. It has seemed enough before Cancer.


But now, Lakshmi has started rolling beedi – a hazardous job that pays her Rs 100 per day. They have stopped Narsaiah's treatment because they don't have money. Her son – who always wanted to study has dropped out. There is no one she can turn to in this terrible time.


Narsaiah can beat cancer and get better. He can be healthy again and once more be strong for his family. He only needs the right treatment before it is too late. Contribute now and you will give a better future to the whole family. 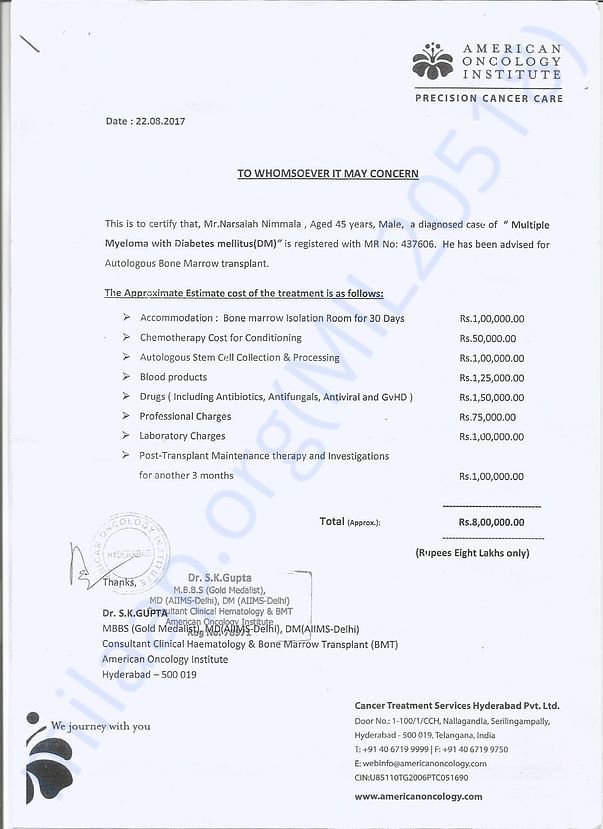 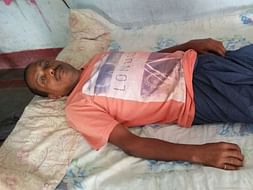