Helper Father Struggles In The Gulf For Many Years Cannot Save His Son | Milaap
This is a supporting campaign. Contributions made to this campaign will go towards the main campaign.
This campaign has stopped and can no longer accept donations.
Milaap will not charge any fee on your donation to this campaign. 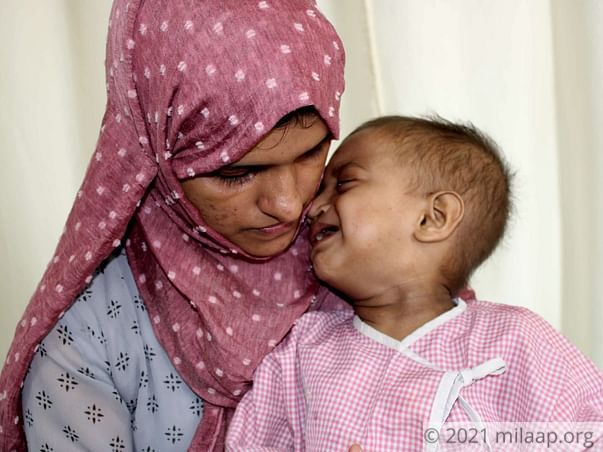 “I had been working as a helper in a computer shop in Sharjah for many years to take care of my family- my aged parents ,sisters, my wife and son. I would get leave every 2 years only and missed many important moments with my family. When my son, Ayaan, was born, I couldn’t be around. I consoled myself thinking that I was doing everything for his bright future. But less than 6 months later, I had to rush to my home in Kerala, leaving behind my job when my son was diagnosed with cancer. I'm an unfortunate father-The very first time I saw my son was when he was a cancer patient. Now without a job, I am struggling to save him from death.”-Shuaib, father of 2-year-old Ayaan.

Baby Ayaan escaped death once, his parents are scared as time is running out

Shuaib and Shahna felt blessed when they had a baby boy after just a year of marriage. They named their little one ‘Ayaan’, meaning ‘Gift of God’. Their bundle of joy, however, was born with a cleft lip and underwent two back-to-back surgeries for it when he turned 6-months-old. Soon after, he got high fevers intermittently which worried his mother who was taking care of him all by herself. After a couple of visits to the doctor and rounds of tests, Ayaan was diagnosed with Juvenile Myelomonocytic Leukemia, an aggressive form of blood cancer that can rapidly spread to internal organs and quickly turn fatal. It also causes low blood levels, which can be dangerous on its own.


Ayaan, before cancer wiped his smile away

“After I learnt of Ayaan’s cancer, I immediately left for my hometown as my wife and kid did not have anybody else to take care of them. One day, a couple months after the diagnosis he became completely unresponsive – I thought I had lost him that day, but he became better miraculously. I don’t want to feel the kind of fear that I experienced that day ever again.”-Shuaib, father

Ayaan’s mother doesn't leave his side even for a minute

Even before cancer destroyed their lives, Ayaan and his mother, Shahna, were inseparable. He always wanted to be held by his mother and would cry uncontrollably if she left him in the care of others. Baby Ayaan is too sick to even lift his head from his mother’s shoulders now. When she tries to lay him down in bed after rocking him to sleep, he wakes up instantly. Only his mother's lullabies make him forget his pain.

There is not a day where he does not have high fever; the painful rashes on his body are an added suffering. The usual treatment for cancer – chemotherapy and other strong drugs – has stopped working on his little body now. A bone marrow transplant is the only way that he can beat cancer and live a normal life.

“Whenever we see the frightening sight of Ayaan’s eyes rolling up and his body turning pale, we know that cancer is causing his blood count to dip and that needs to be admitted urgently. We have to rush him to the hospital in Mangalore where he is being treated, 50 km away from our home in Kasaragod, Kerala, every time this happens, as taking him anywhere else can cause instant death. We don’t even have the means to stay near the hospital to avoid the long journey.”- Shuaib.

Neck-deep in debt and without income, Shuaib is struggling to save his only son

After spending Rs 5 lakhs that he had been saving up over the years by skipping meals and sacrificing everything in a foreign land, Shuaib had to borrow more to keep his son's treatment going - but even that money is exhausted now. The medicines that temporarily regulate Ayaan's blood levels cost Rs 16,000 for a week alone. Without income, it is difficult to keep for him to keep with these expenses.

"I cannot go back to the Gulf also, leaving my family all alone. The doctors say that the more we keep delaying Ayaan’s transplant, the closer he is getting to death. I have no way to save him – please help me.”-Shuaib, with tears in his eyes.

Little Ayaan is suffering from an aggressive type of blood cancer that can spread to vital organs and even cause death. The normal mode of cancer treatment is ineffective in Ayaan’s case and only a bone marrow transplant can save him. His father, a poor helper who used to work miles away to take care of his family, has been unemployed for almost 6 months now and is struggling to save his only son. 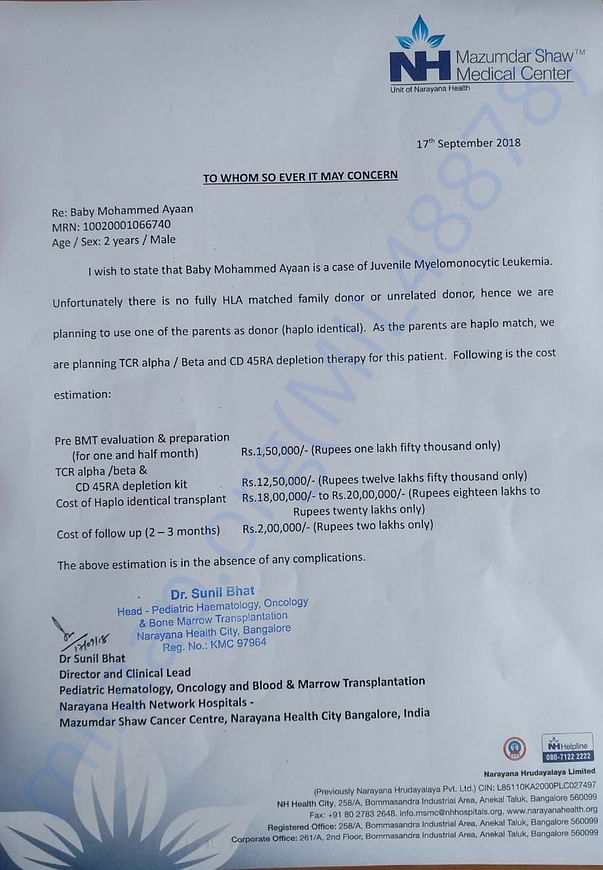 Mohammed Ayaan is no more with us. Mohammed Ayaan was undergoing his treatment but his health deteriorated and he couldn't make it.

Here's an quick update on Mohammed Ayaan. He is doing ok and is in the hospital. His Bone Marrow transplant is scheduled within next 10-15days. I am identified as potential donor. We shall keep you posted on same.

I am overwhelmed by the love and support you have shown towards my son, Ayaan!

He has completed five cycles of chemotherapy successfully. He developed rashes as a side effect of the chemotherapy, but soon recovered. He occasionally vomits due to medicines and his appetite has reduced.

Initially, he also had fever and hair loss. He is receiving two injections per day to prepare his body for the transplant. I am the potential donor. The doctors plan to go ahead with the Bone Marrow Transplant by end of November. Hopefully, all will go well.

I am thankful to all of you for the love and generosity. I appeal to all of you to continue supporting and contributing towards this campaign so that my son can have another chance to live. 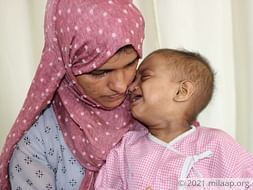