Help a School for Blind Children become more accessible | Milaap
Milaap will not charge any fee on your donation to this campaign. 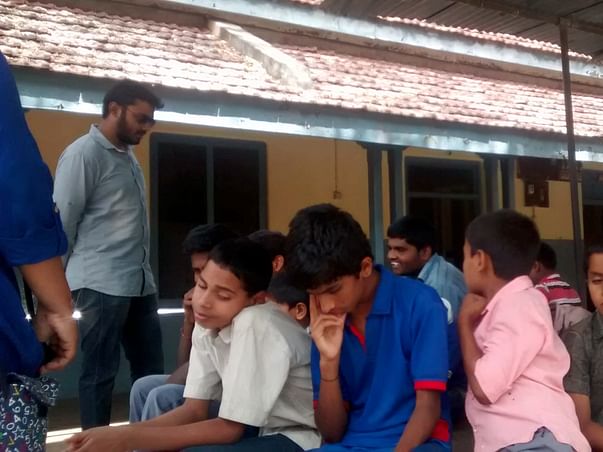 Help us to make the Blind school, Tilak Nagar Mysore Accessible and Blind Friendly:
Need- The irony of a blind school not being blind friendly compelled us to take up this initiative. This project will not only help us to provide easy accessibility of the campus to the students, but also help us to educate them about the use of tactile maps and braille signages.

Scope of work- Braille signage are to be installed inside the premises (As suggested by the school authorities) and tactile maps have to be installed (a Anuprayaas initiative).
Budget Requirement:

Outcome- The signage installed would help the children identify the classrooms and other places easily. The tactile maps would help in easy navigation for the new students. It would also help in creating awareness about the concept of tactile maps so that it could later be made maximum use of when installed in other public places.

Accessible India – India's First Visually Impaired Friendly Railway Station Mysore
Anuprayaas in Collaboration with South Western Railways worked on a project to make Mysore Railway Station (Karnataka, India) as India’s First Blind friendly Railway station. The project was initiated and executed by Anuprayaas.
Project got successfully completed and was inaugurated on 3rd November 2015.
The installations at the station include the following:
· Tactile maps to give people an idea about the physical layout of the station. It is basically a map with raised surfaces that describes the distance and location of the entrance, platforms, counters, washrooms etc. The map informs people where they are, which side to turn and how to reach a help desk. The Prototype was installed in phase I for testing purpose and map was refined on basis of feedback for visually impaired Individuals in Phase II.
· Train itinerary sign board that provides train names their schedules in Braille.
· Metallic Braille signs have been installed at about ten places on each platform. Placed along the railing of the staircase leading to various platforms, they provide directions and platform information.
· Restaurants, canteens and food plazas in the railways station were provided Braille menu cards as well.
India’s First Blind Friendly Train - Mysore-Varanasi Express
· Anuprayaas assisted South Western Railways in making Mysore-Varanasi Express(train no. 16229 / 16230 ) Blind friendly.
· The train was flagged on 25-Jan-2016 from Mysore railway station in the presence of Shri Pratap Simha, MP Mysore.
· All the bogies of Mysore – Varanasi Express, have been provided with metallic Braille signages inside the coaches. These indicate the location of alarm pull chains, toilets, emergency windows, and berth numbers, for the convenience of the visually challenged.
· All the 18 coaches of this first-of-its-kind train have been provided with metallic braille signage.

The project has been completed long ago! Thank you all. Will be working on making more public spaces accessible.
To see the activities and impact kindly visit www.anuprayaas.org
Dear Supporters,

Thank you for all the support. With your support and wishes, we have successfully made the Tilak Nagar blind school completely accessible. From here we also made the majestic railway station accessible for the blind which is India’s second railway station to have such facility.

Thank you all for the support
Dear Supporters,

Thank you for your contribution. We have executed the project and hence we are closing this campaign. The required remaining funds were raised by Anuprayaas merchandise offline.
Together let's make this world a better place to live.
Let's spread sunshine.
Jai Hind.
Load more
Donate

You are sending a message to
Pancham Cajla
Go back 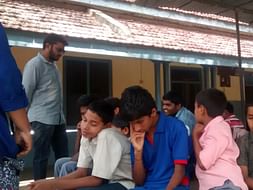