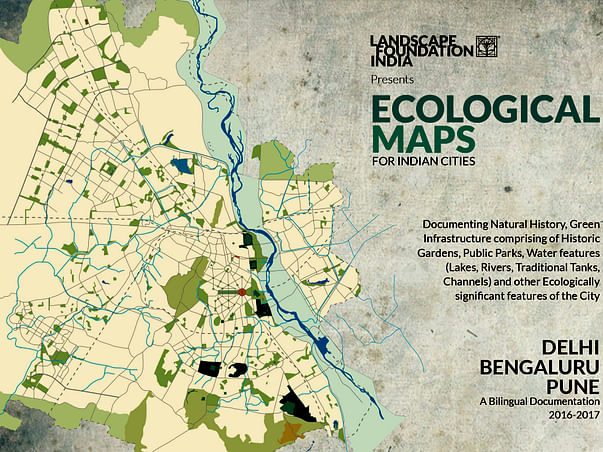 LANDSCAPE FOUNDATION, INDIA
Landscape Foundation, India’s mission is to disseminate knowledge regarding landscape architecture. The core objective of the Foundation is to augment systems to mitigate climate change, conserve natural resources, and educate the society about historical practices of sustainable living in the Indian subcontinent.
The Foundation’s overarching vision is to deepen awareness of nature–its symbiotic relationship with culture, its conservation and restoration, its aesthetic and philosophical dimensions for a better and more imaginative future for all species and their habitats.
ECOLOGICAL LANDSCAPE PLANS: RESEARCH BASED FLYERS
Under its research series, MY CITY, Landscape Foundation intends to create a knowledge base about the ecological frameworks of Indian cities, studying the components and their role in the development of the cities.  Landscape Foundation India intends to create Ecological Maps for various Indian cities, listing and documenting ecologically significant features including lakes, public parks, urban forests (both protected and otherwise) and other natural elements. Ecological Maps will also delve on the comprehensive history of the city and its evolution in terms of natural features. A multidisciplinary exercise, it will have contributions of historians, naturalists, social scientists and spatial design professionals dealing in nature, environment and culture. The research is conceptualized as a set of bilingual flyers (in English and Regional language).
The Maps intend to create awareness amongst the citizens, students, professionals and the authorities about the natural wealth of the cities and their value.
SCOPE
•          A comprehensive article on the history of the city, its growth and evolution and its relationship with natural features (Historian/ Writer)
•          Coloured Map of the City with listing of ecologically significant features, both natural and manmade (lakes, public parks, tanks, urban forest and others), brief description of each with photographs and illustrations.
•          Notes by an eminent historian, ecologist, social scientist and citizen of the city about the city and the significance of the work
•          Design of the final flyer (28”x19”)
•          Translation of the text in local language
•          Production of the flyer, 200 copies in each language, to be distributed in local schools, institutions and Development Agencies.
TIME PERIOD
6 months
TARGET SEGMENT
School Children, Citizens, Professionals and Development Agencies in the cities of New Delhi, Bengaluru and Pune.
They are two pairs of Coloured Maps, one for Delhi and one for Bengaluru.
Delhi : English, Hindi
Bengaluru : English and Kannada
Pune : English, Marathi
Size : 28"x 19"
Nature in the City, Bengaluru 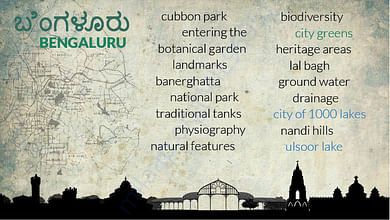 Nature in the City, Delhi 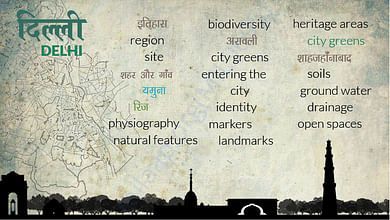 City of Pune joins the campaign.. 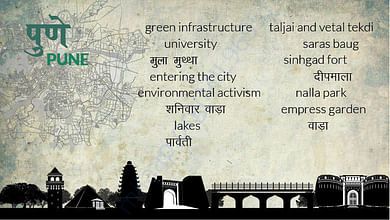 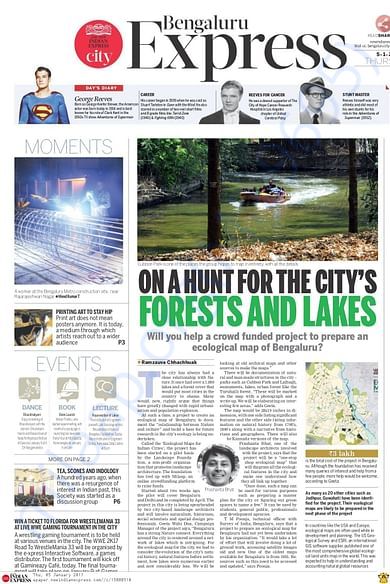 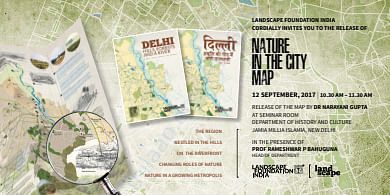 Ask for an update
Donated to this campaign via Paytm or bank transfer? Click here if you have not received an email confirmation from Milaap.
Here are the recent updates on the status of work on Nature Maps of Indian cities that we started few years back.

Ravi and Varsha Gavandi's office with Manjusha Ukidve have produced an excellent research for their beloved city of Pune. Now Nature Map of Pune is available with them in English and Marathi.

Finally, Bengaluru Map is also ready, all thanks to Prashanta Bhat, dear friend and his office colleagues. We are now looking for donors to support its production cost.

See images of both works.

We are pleased to share that Pune Map (in Marathi and English) has been recently produced by funding arranged by the office of Ravi and Varsha Gavandi through landscape industry companies and vendors. Manjusha Ukidve along with the office did the background research and study of the city. We thank them all.

The work on Bengaluru Map is under progress.We do hope we are able to arrange funding for the same at an early date so that it can go in production.

As you all are aware, Delhi Nature Map was released in the month of September at Dept. of History at Jamia Millia Islamia and then in October at School of Design at Ambedkar University.

It has been receiving good reviews from the press. Please check the below link.

Now, we are looking forward to completing work on both Pune and Bangalore Maps in upcoming months. You have played a very significant part in making this happen.

Many thanks once again.

Regards
Geeta
Load more
Donate
Report fundraiser
See how thousands are crowdfunding for their causes on Milaap
Content Disclaimer: The information and opinions, expressed in this fundraiser page are those of the campaign organiser or users, and not Milaap.
If such claims are found to be not true, Milaap, in its sole discretion, has the right to stop the fundraiser, and refund donations to respective donors.

Donated to this campaign via Paytm? Click here if you can’t find your donation listed below.
SS
Supriya donated Rs.5,000

Great going! Congratulation to the Team

Ecological assets are the resilience infrastructure of human settlements. They needs identification and notification for their appropriate Governance, which should ideally protect the critical infrastructure that provides us safety and security.

Donated to this campaign via Paytm? Click here if you can’t find your donation listed below.
SS
Supriya donated Rs.5,000

Great going! Congratulation to the Team

Ecological assets are the resilience infrastructure of human settlements. They needs identification and notification for their appropriate Governance, which should ideally protect the critical infrastructure that provides us safety and security. 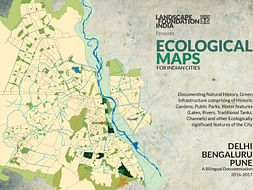