A 3D Animation movie : The Battle of Saraighat | Milaap
This is a supporting campaign. Contributions made to this campaign will go towards the main campaign.

A 3D Animation movie : The Battle of Saraighat 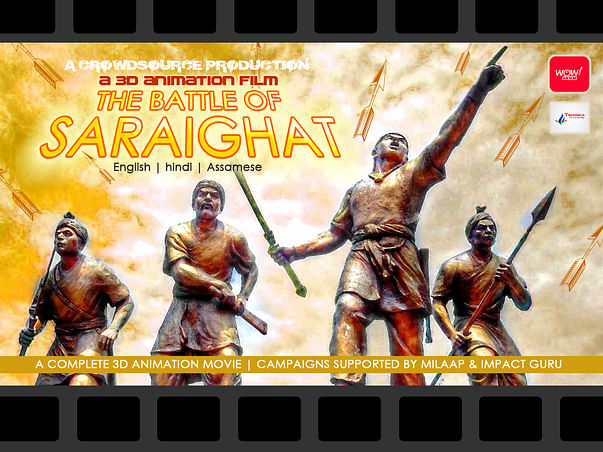 I’ve been a part of the Animation & VFX industry for the last 10 years in various capacities  - as a Graphics Artist, Animator, Modeller and 3D Artist.
I belong to the Jorhat region of Assam, studied in Bangalore. I have  always wanted to make an 3D animation film in Assamese, my mother tongue not just for the Assamese & North eastern India community but to showcase it to international audiences.

While looking for subjects, I came across many interesting stories about some historic and some mythological. That’s when I decided to go for the battle of saraighat which has been inspiring me since my childood.

i studied the story with detail and i am very impressed and attached about  the warrior, Bir Lachit Borphukon. Still his name is untold & unknown to the world, of such a powerful commander of te great Ahom Empire.

i believe this story can be narrated to the world through movies.
You can google about his life & the incident of the Battle of Saraighat. i am pretty sure all will be impressed. He is a national hero and the commander of the Great Ahom EMpire, he is also called as the  one man army whose courage defeated the Mughals & others many times.


How will the funds be used ?
I have utilised my savings worth Rs. 3,00,000/- in some equipments and infrastructure and there is the main need of about Rs. 2 Crores as the price of making 3D Animation movie is high . i am thinking to set it up it by own as the cost of outsourcing to companies will be more high. i want to keep it as low i can but i dont want to loose the quality. Together we can make it happen.


Why am I crowd funding?
Films of NE India are considered the poorer quality of feature films, also piracy is killing it and therefore people have none or very less commercial interest attached to it.  i hope use of good Animation & Visual Effects will bring a glory of hope so that people will be back to the theatres to see quality good movies.

The Battle of Saraighat is a very powerful subject and needs to be handled and presented in a very creative style which does allow it to be aligned to corporate or other commercial sources for funding.

Hence, we are looking for support from sensitive individuals who can relate to the need of making this film better in Quality. This film will also be dubbed in Hindi & English languages.

The profit from the movie will be used in making a worldclass animation studio in the name of the Great warrior where youngsters and new generationwill gain education on technology & Humanity. We will be producing more films.

Lets work together to make this film a huge success !

i Appeal all who are related to the designing, media & creative to please help and give your support hand in my work.

Together we can do it !

Please find the recent poster below:

Regards
We are approaching all firms,organisations etc. to go with us in step to step.

We have got them till now to support us :

You are sending a message to
Lakshya Ronnie Chowdang
Go back 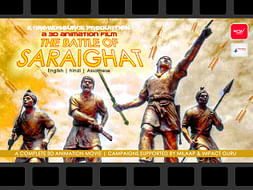 A 3D Animation movie : The Battle of Saraighat