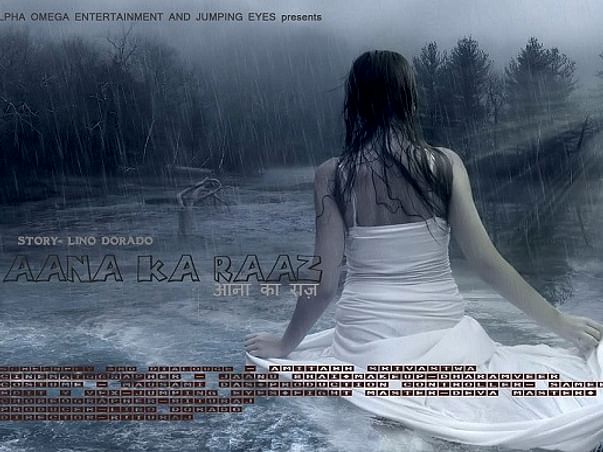 
To. My FILM SUPPORTERS

My First Movie “HO PROXN SUTTAVO KORAT” (2011) and Second Movie “BHURGIM” (2015)
Both where Successfully Hit. I have been in this field for last 27 years. I join Konkani Professional Dramas at the age of 19. First Director who gave me Break was MR. Joaquin Falerio from Betalbatim and from there on I never looked back. I am Known for acting in different characters I;e . Both singing and Comedy as well. I am Gifted Script and Story Writer.
I am likely to direct a Hindi feature film sub-title in English titled “ANA KA RAAZ” First the said film was decided to Make in Konkani but due to Poor Market, we made a marketing survey with my team and decided to make the same in Hindi, the film his centralized around a Women who fight against all odds in GOA… it has inspired me on the problems faced and the ill treatment mated out to women these days in our Society.
The Movie Journeys through ACTION, COMEDY, DRAMA, and a range of Emotional, under the banner of Alpha Omega Entertainment. Pre production of the said film is completed. The planned production dates is in September  2018, Subject to all Funds and logistics being in place (MR. Ritu Raj offered a decent Package) and this is where we seek your Support and blessings to ensure that “ANA KA RAAZ” Sees the light of day and gets her due on the Silver Screen. Since I am working with the Professional Team from Delhi Mumbai, Hyderabad and Goa we guarantee that we will take our project to meet the standard of Bollywood
The Publicity of the film will be done through Media, F.M radio, New Channel News paper and Hoardings. we also Plan latter to make the film in Various other Regional languages besides Hindi including Konkani etc.
I hope your generosity will make our Venture a great Success
Thanking You
( Lino Dourado)
SYNOPSIS

This is Aana's tale. A tale of a young girl who witnesses the gruesome murder of her parents in their own house. As Ana watches her parents,  loose their life the perpetrators of the murder spot her and decide to sell her into the flesh trade in Mumbai.
Aana Ka Raaz then traces the journey of this girl into adulthood.
As fate would have it, the young girl escapes from the clutches of the murderers at Chembur Station.  But life on the streets of the Metro isn't easy.  She begs for food & hence Encounter with a policeman, hands her into a home run by charitable trust in Mumbai.
There she flourishes she excels in academics, train’s in martial arts and most importantly gets a new identity a new name.  Meet, Madhavi a grown girl who is confident and capable to take on her troubled past in Goa.
An, NRI lady, based in USA who contributes to the trust decides to adopt the very affable Madhavi. She is settling down in Goa and takes this charming young lady under her wing as fate would have it.
Madhavi is ecstatic on her return to Goa.  She has unfinished business here. Will she succeed in her mission? She tracks down her parents killers and Madhavi wants to take revenge, can she alone women take over this goons, flesh traders, drug peddlers and other illegalities who has ruined Goa and her life.
Ana represents all of those who have been betrayed as we have seen our motherland Goa dessimated before our eyes. She symbolizes a  rising star  among the common man who wants revenge, wants to see things right in Goa and rid our paradise of yesterday of the evil corruption and illegality that exits today.
Will Ana succeed in regaining our lost paradise?
Moral: She was lost but she never gave up on the contrary she fought…that teaches us many a time we are lost, in this busy world a lot of time in a different situation always try to overcome, face it till you succeed never give up.

I Mr. Lino Dourado from the above mentioned address would like to hereby  take an opportunity that in the said film “ANA KA RAAZ” I take into Confident SIR Ritu Raj Choreographer based in Delhi I have spoken to him and both the parties came to an conclusion for the entire package of the film including the main lead role actor / actress 1 . HERO VINAY ANAND     2. Heroin Female Character  POONAM DHOBE 3.COMEDY:SUNIL PAL
This Film I have been struggling to do for last almost four years in Konkani but I was not getting right Channel to go ahead, and whomever I spoke in this regards always a Question aroused as to how I would recover the provided funds. But now I am glad to announce that this entire project plan to make in hindi and the proceeds of the film is budgeted to 60 lacks..  Which includes?
Total Budgeted estimated to 60 lacks (SIXTY Lacks +MARKETING ATTACHED BELLOW)
Marketing point of view we planned to First Launch the publicity poster for the public to view including some
Video bytes with the entire team Members which will explain our journey of the film
The film will be launched in MUMBAI as there is huge Market for film and other
Various parts of India and Globally
I humbling request to please consider my case at the earliest as I need to rush my work by me and planning
to release the film and official we too are also targeting for an award
Thanking you Once again and waiting for your positive reply
Your faithfully
(Lino Dourado)

PHASE II
TO,
MY FILM SUPPOTORS
For: Rich Juniors
Entertainment

UPI: rzpy.givetomlpgirlchil001@hdfcbank (Copy to clipboard)
Or
Click here to read the instructions before you make a bank transfer.

Donated to this campaign via Paytm? Click here if you can’t find your donation listed below.
A
Anonymous donated $7.57
P
Parshu donated Rs.200

Donated to this campaign via Paytm? Click here if you can’t find your donation listed below.
A
Anonymous donated $7.57
P
Parshu donated Rs.200

You are sending a message to
Lino Dourado
Go back 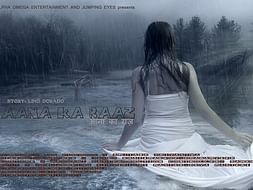