Help Sukhchand, A Dedicated Community Worker, Fight Cancer | Milaap
Milaap will not charge any fee on your donation to this campaign. 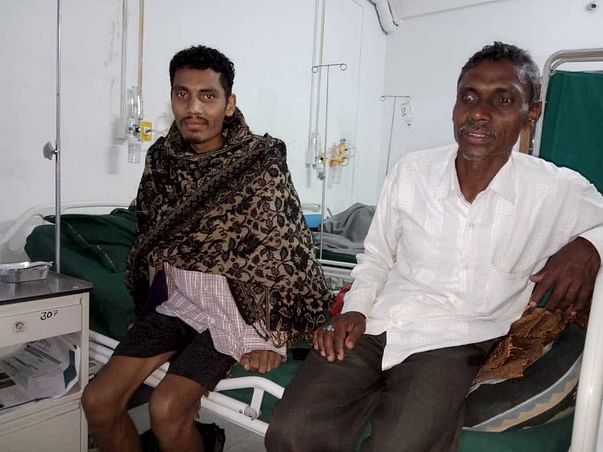 Sukhchand is a very hardworking, 28 year-old farmer, residing in the Adivasi village of Madanpur, in Paraswada Block of Balaghat District, Madhya Pradesh. He has been one of the best community resource persons, working with PRADAN NGO, Balaghat team for the past 10 years. It has been his hard work and active involvement with the community which has led Madanpur to develop into an organic village today. He has also been a backbone for implementation of government  projects such as Mahila Sashaktikaran Pariyojana (MKSP) and also projects funded by Royal Bank of Scotland (RBS) in Paraswada Block.
For the last six months he has been suffering severely in terms of health. He is diagnosed with 'Adenocarcinoma colon', which is the large intestine cancer. He has also been operated for bypass, for stool excretion. He is now going through chemotherapy, at the Laxmi Narayan Hospital, in Jabalpur, which is more than 200 kilometres away from his home.
The cost of each chemotherapy session, including travel, medicines and tests, comes up to Rs.30,000. He has completed 2 phases of the therapy and has to go through 4 more such sessions.
We need to raise an amount of Rs. 1,20,000 in total. We, present and ex-PRADANites of Balaghat team, who know Sukhchand personally, are doing our best to fight this phase which he and his family is going through.
Sukhchand has a 3 year old son and a 10 months old daughter, wife, elderly parents and a younger brother. He is an important bread-earner of his family, and has to shoulder many responsibilities. He is also one of the most warm and kind people.
We want you to extend any possible help, so that we together can help Sukhchand, give the life he deserves. 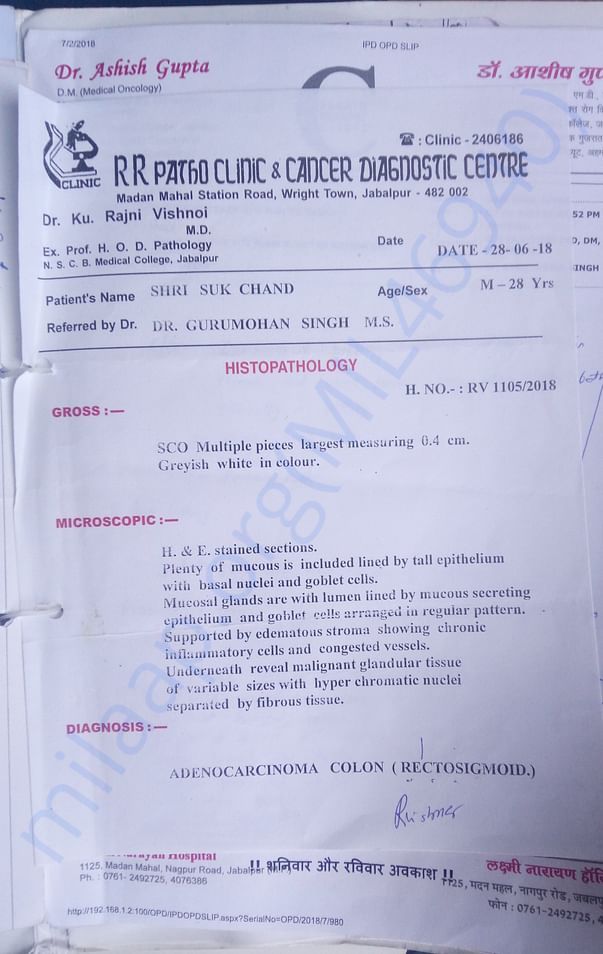 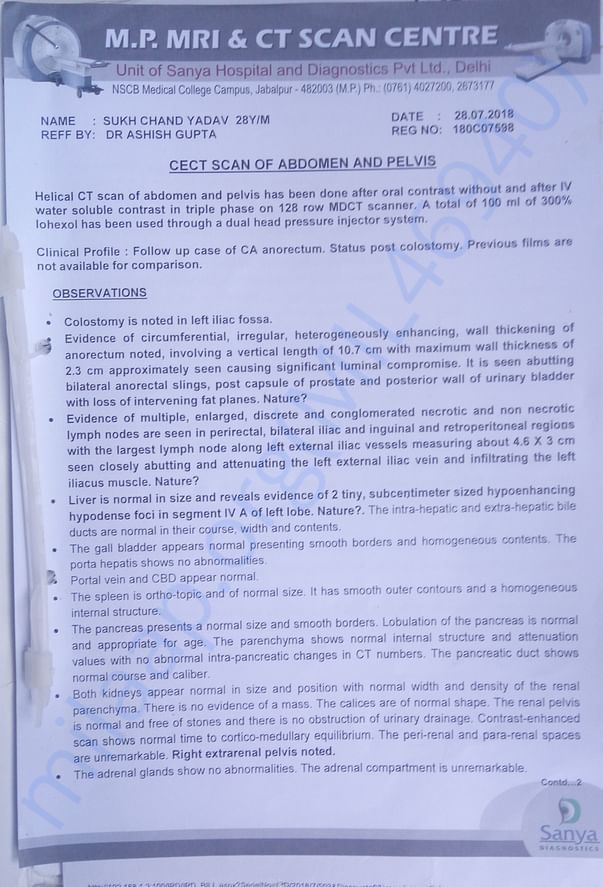 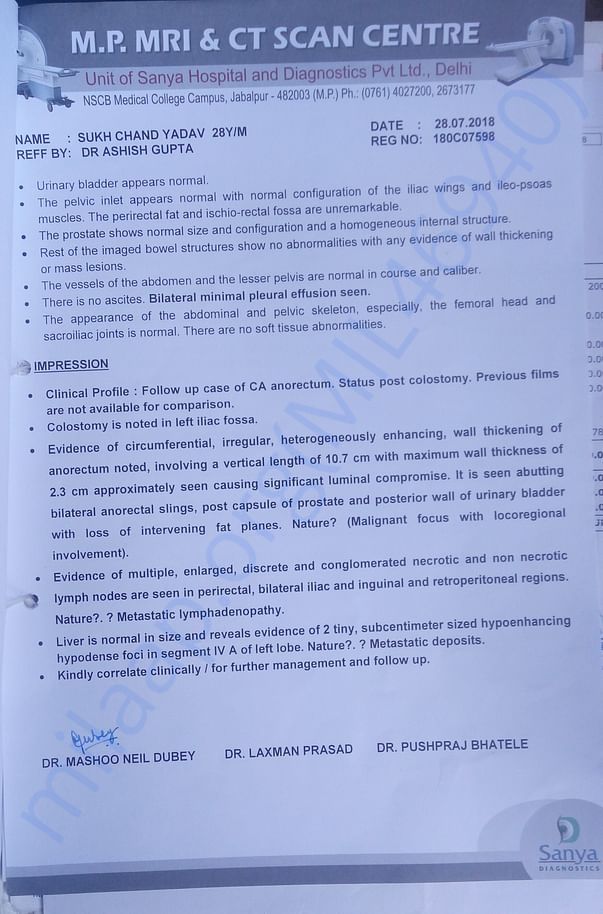 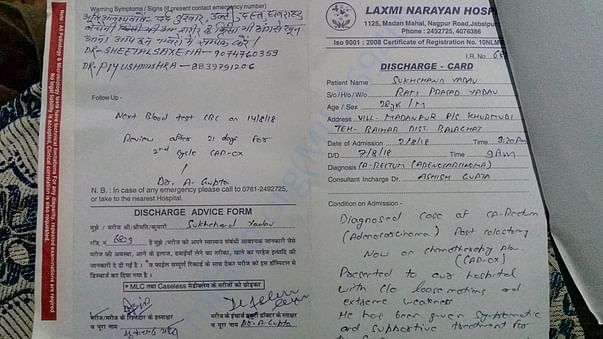 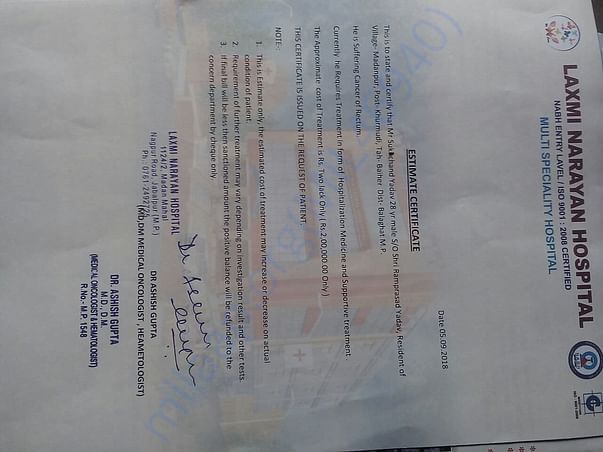 Thank you for your love. Sukhchand is not well. He couldn't make for the fifth chemo. He is suffering from hemoglobin deficiency. He is very weak. We are all beside him and are praying for his relief. I want to thank you all for your support, on behalf of Sukhchand and his family.

We shall keep you posted.
Sukhchand is done with his fourth chemo, and is struggling with the after effects of it. He is not even feeling fit to go to the hospital which is 200 kms from his village for his fifth chemo which was due on the last week of November. We are trying to make some arrangements so that he can reach for his fifth chemo without much hastle as soon as possible. I thank you all for all you support and wishes to Sukhchand. Before his last chemo (fourth chemo) the doctors did some reassessment tests of his cancer, for which an amount of Rs 13217 is due. I am raising a withdrawal of the same amount.
Hello Everyone,

First of all, we want to thank you all on behalf of Sukhchand and his grateful family. With the humble support of you all, today Sukhchand is looking much and much better than he was before the ongoing treatment of his began.

We met him in person and he was looking healthier than before. He says, he is relieved a lot than before from the severe pain he was having. But the fourth chemo he had, is having after effects such as vomit.

But in our heart, we are positive and in high hopes, that he will be completely all right in coming days. He is going to have his 5th chemo on around 23rd of this month.

We need more support from you guys as we are short of adequate fund for his 5th and 6th chemo and the radiation therapy (if required). Please share this campaign to help them raise funds faster.

We are hopeful that we will be successful again.

Scan & donate with any app
check_circle_outline Download payment receipt
Report fundraiser
Know someone in need of funds for a medical emergency? Refer to us
Rs.78,234 raised

You are sending a message to
Manoj Singh
Go back 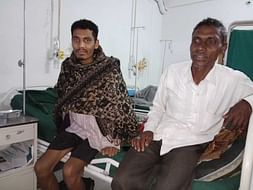