28-year-old Rajib has no means to fund a cure for Leukemia | Milaap
This campaign has stopped and can no longer accept donations.
Milaap will not charge any fee on your donation to this campaign. 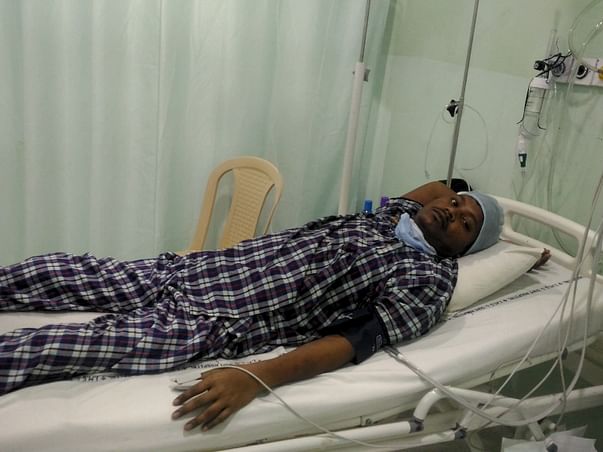 It was right after new year celebration of the year 2017, when Rajib started showing unusual symptoms. He had back pain and all joint pain. Assuming it to be an after-party effect, his parents didn’t pay a lot of attention and had him take some gastric medications. However, the seemingly minor matter turned into a nightmare for the family. Rajib is only 28 years old.
First signs
Gastric medicines helped Rajib to relax for few days, but his joint pain kept worsening. He was even mis-diagnosed with thyroid issue and took homeopathy medicine for another few days. Almost a week passed by, and Rajib became extremely lethargic and dull.  He had blood clot in his eyes. Then, when he got blood in his urine, a series of blood test was performed, which confirmed that Rajib had a blood disorder. He was diagnosed with leukemia. The news broke his family. It was hard for them to believe that their child is suffering from one of the deadliest form of blood cancer.
Dealing with the medical cost
Rajib was working for a private company for 4 to 5 months before he was diagnosed with leukemia. He had to leave his job to undergo treatment full time. His father was working in a contract job with a monthly salary of Rs 3100.
When Rajib was diagnosed with blood cancer, doctors estimated a cost of around 5 to 6 lakhs for his treatment. Hence his father took voluntary retirement from his job to fulfil the medical expenses. But soon they had to sell their land, as the expenses kept increasing.
Rajib underwent few cycles of chemotherapy (first phase) but his condition did not improve. Then after another series of tests, doctors discovered that Rajib was suffering from the aggressive form of Acute Lymphoblastic Leukemia(ALL), where the white blood cells in the body get affected. Very few cancerous cells in the body can worsen the case if not treated quickly.
As per Rajib’s doctor, Dr. Prabodh Kumar Das, he needs to undergo eight cycles of high power chemotherapy. The estimated cost of the treatment and medication would be Rs 14lakh
Rajib has completed his first cycle of the chemotherapy (second phase). One cycle cost around 2lakh which is very expensive. Rajib’s family is finding it difficult to pay the mounting medical bills. For them each day is a struggle, a fight to keep their son alive.
How can you help
At this moment Rajib’s family have spent well over 8lakhs on his treatment and exhausted all their savings and resources. Please help generously as he needs your blessings and monetary help to fight for life. The smallest donation towards Rajib’s treatment would mean a lot to his family. Your help will make Rajib fight Leukemia. A family will get back their pillar of strength. Our support will help Rajib to stay alive for his family. 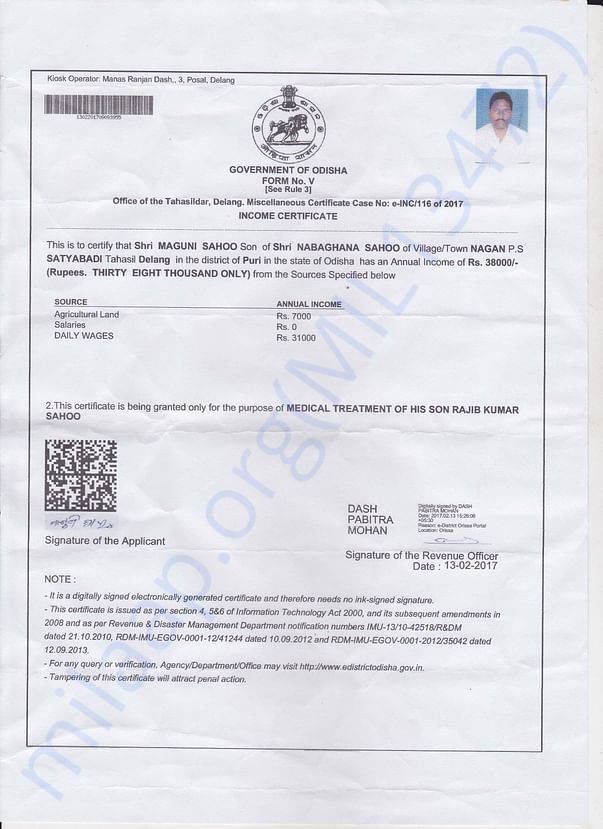 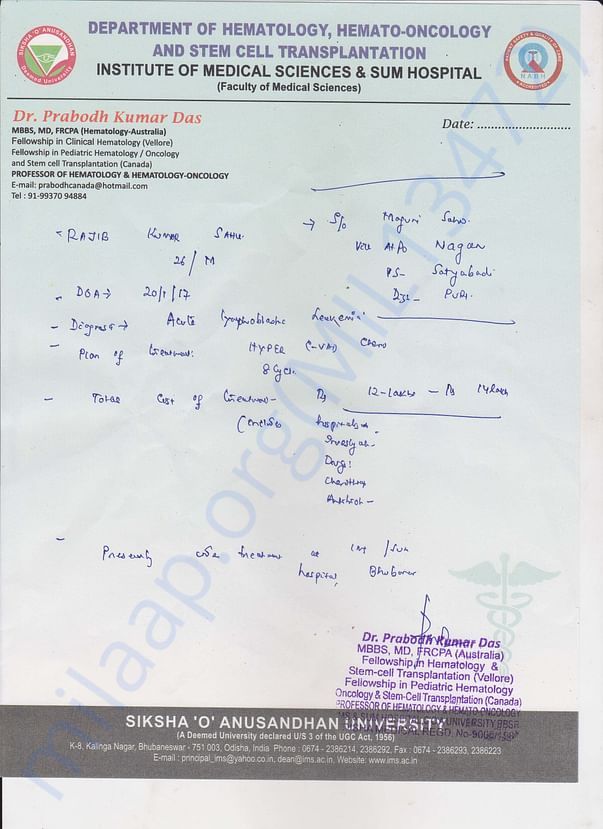 I am Debotri, a fellow at Milaap. Here is an update on Rajib's health.

"Rajib came out of ICU on 8th May. The second cycle of chemotherapy started on 4th May which continued for almost 21 days. The left side of his body which is paralyzed is due to cancer and can be cured after chemo. However, after the chemo, he could move his left limb", said a close friend of Rajib.

Rajib who sees other patients getting cured and going home, he feels very low and keeps on chanting mantras- "When can I walk like them; how long am I gonna lie in this bed in the hospital".

Thank you, donors, for your support and contribution. Please keep him in your prayers. Share the story and help him to fight the battle. We will keep you posted on his progress.

I am Debotri, a fellow at Milaap. Here is an update on Rajib's treatment.

I spoke to his friend, Payal this morning. "Rajib is currently admitted to the Sum Hospital, Bhubaneshwar. His first chemotherapy cycle got over on 14th April 2017. He was scheduled for the second one on 24th April. However, things went really critical a couple of days before the second cycle could begin. He had a terrible body pain. Things went really worse and had to be taken to the Intensive Care Unit. However, I want to genuinely thank the donors for coming forward to support Rajib", said Payal.

From 26th April, the left side of his body has started showing symptoms of paralysis. Initially, the lower side of the body got affected which later spread to upper portion also. However, the doctors are unable to identify the reason for the same. Since there is a delay in the chemotherapy session, the doctors have decided to begin the process in the ICU itself; the dates are yet to be fixed.

After the chemo, Rajib's condition improved a bit. The white blood cells increased a lot and he was kind of stable. But with things turning negative, has brought an immense worry to the family. "We want to thank you in the biggest way possible. Your support and contribution mean a lot. And it will never be forgotten. Please share his story and help him to fight the battle", said Payal

Thank you once again. Please pray for his quick recovery. We will keep you posted on his progress.

Scan & donate with any app
check_circle_outline Download payment receipt
Report fundraiser
Know someone in need of funds for a medical emergency? Refer to us
Rs.12,250 raised

Donated to this campaign via Bank transfer/QR Code? Click here if you can’t find your donation listed below.
S
Sarmistha donated Rs.1,500
A
Anonymous donated Rs.1,000

lets help rajib in his battle for life

Donated to this campaign via Bank transfer/QR Code? Click here if you can’t find your donation listed below.
S
Sarmistha donated Rs.1,500
A
Anonymous donated Rs.1,000

lets help rajib in his battle for life

You are sending a message to
payal patra
Go back 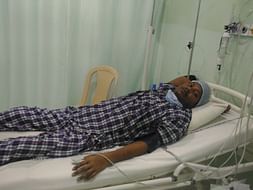