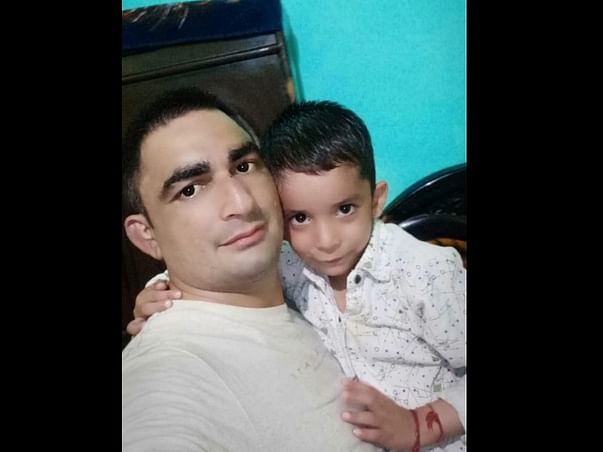 In 2007, Parmal Goswami was at the height of his glory. Having come third in a national level
wrestling tournament, the future looked bright for him. And now, a decade later, he is forced to live below the poverty line, employed at a roadside wine shop on a meager salary, working hard to provide for his wife, parents and a 4-year old son. But this is not even the worst of his problems. He also suffers from blood cancer, urgently needs a Bone Marrow Transplant that will cost him nearly 20 lakhs, and he needs it within a year to survive.

It was about 3 years ago when Parmal came to know of his ailment. He had to go to AIIMS because he could not afford his treatment in a private hospital. He was prescribed some medicines and injections which he has been taking for the past 2-3 years.  He has to take mandatory weekly injections, and each injection costs him 2100 in addition to a fever. He had to decline further treatment because he simply cannot afford the enormous cost of the procedure on his 6000 a month salary.

Through the years, his cancer has worsened. And now, he urgently needs a Bone Marrow Transplant (BMT) within a year, to survive. He was referred to Rajiv Gandhi Hospital by AIIMS but he was told that the transplant would cost him 30 lakhs. This is completely beyond his means because he is below the poverty line.

He went to PGI Chandigarh in hopes of getting a cheaper treatment but even at PGI the treatment would cost him 22 lakhs.

Having run out of options, he approached us, Genebandhu, a not-for-profit organization which helps support patients with blood disorders by helping them find matches for their bone marrow transplant. Thankfully, Parmal is past that challenge, having found 10 perfect matches in India. But it is of no use if he cannot even afford the treatment which will cost him nearly 20 lakhs.

His son who is in pre-school and can barely write his ABCs wants to become a doctor when he grows up so that he can cure his father’s disease. He does not fully comprehend what his father suffers from. All he knows is that he cannot see his father in pain and wants to make him feel better. He is doing all he can, but unfortunately, his love alone is not enough to help his father recover. What can help him are your donations, howsoever small they may be, they will go a long way towards helping him in his fight against blood cancer.

This disease has pushed him deep into an emotional and financial crisis. He has exhausted all his savings and is up to his neck in debt. His resolve is breaking and this fundraiser is his last hope.

So please donate and even if you are not fortunate enough to donate money to the cause, you can still help us by sharing the fundraiser link on social media (Facebook, Instagram, WhatsApp).

UPI: rzpy.givetomlpparmalgo001@hdfcbank (Copy to clipboard)
Or
Click here to read the instructions before you make a bank transfer. 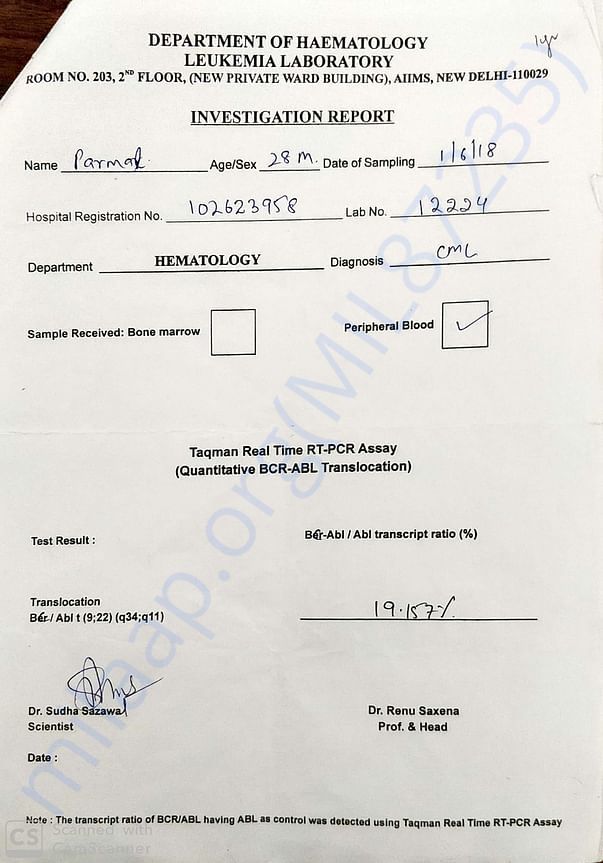 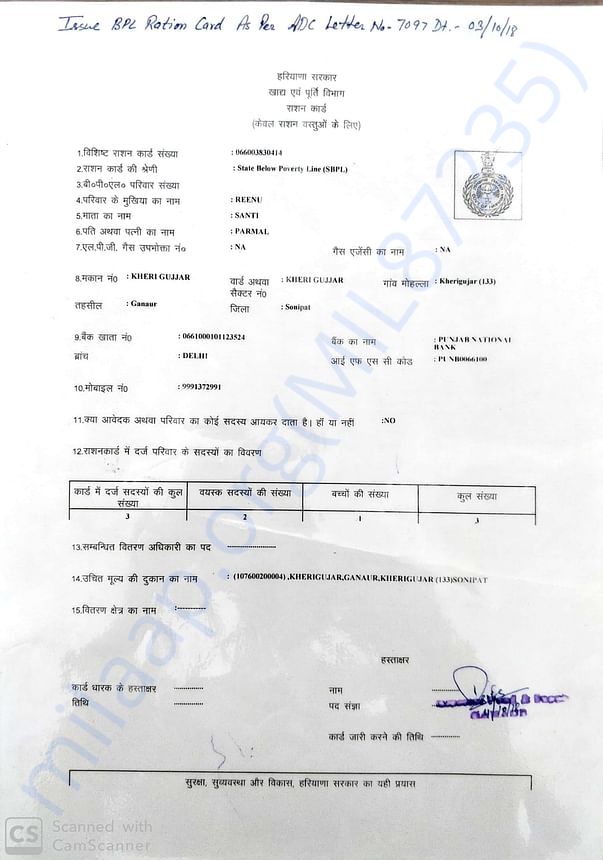 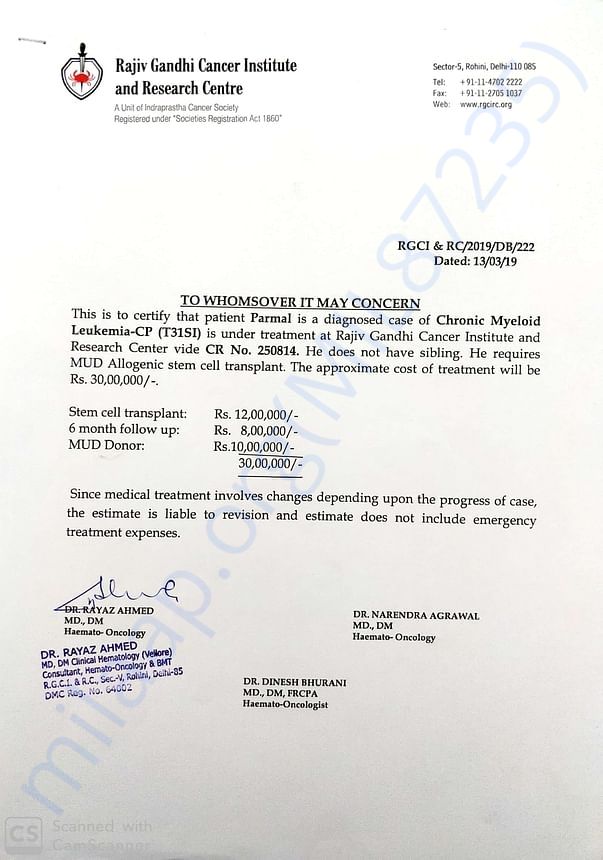 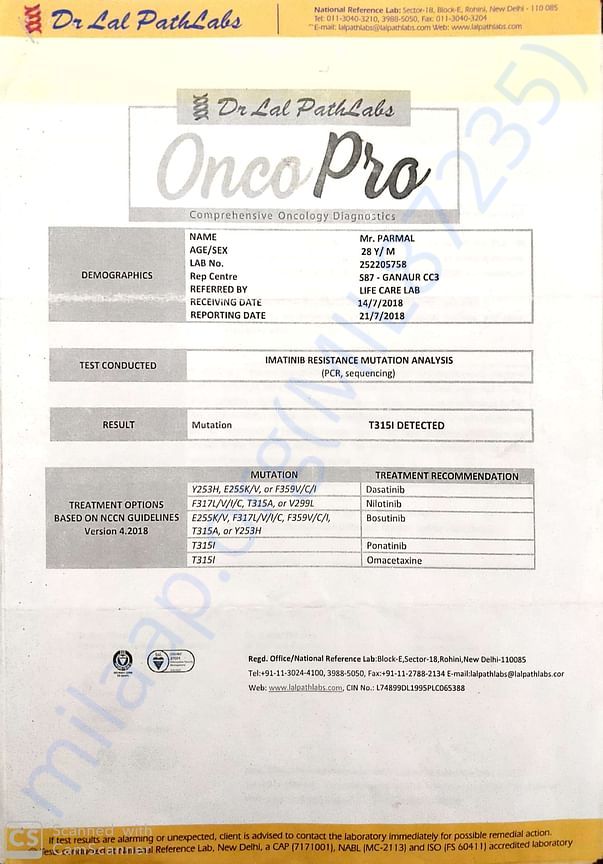 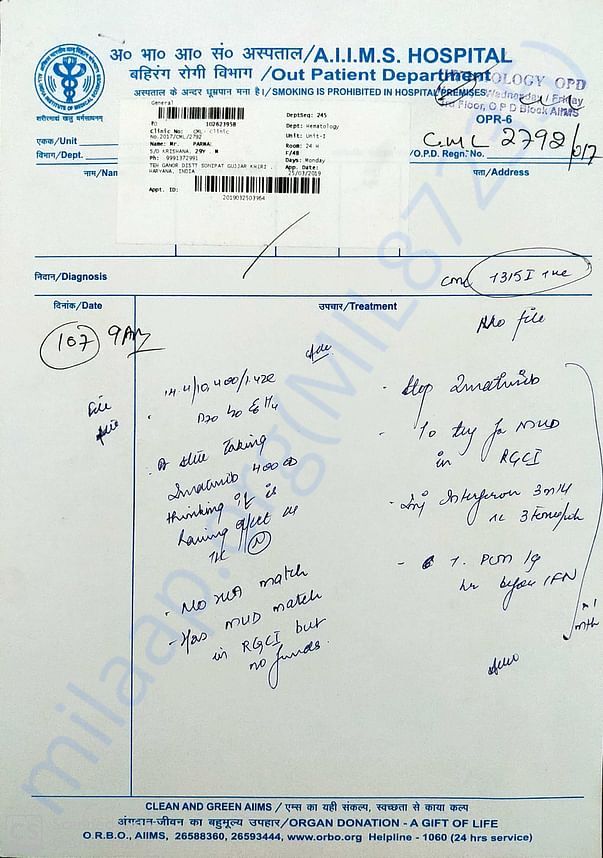 UPI: rzpy.givetomlpparmalgo001@hdfcbank (Copy to clipboard)
Or
Click here to read the instructions before you make a bank transfer.

You are sending a message to
genebandhu
Go back 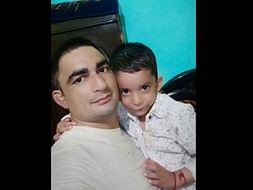