"Save My 6-Year-Old Child With An Abnormal Heart" | Milaap

"Save My 6-Year-Old Child With An Abnormal Heart" 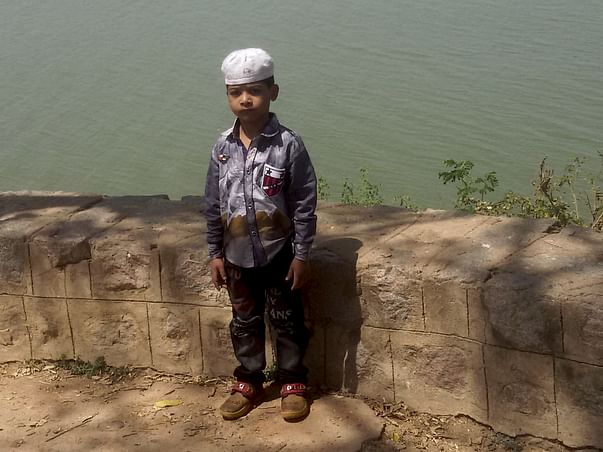 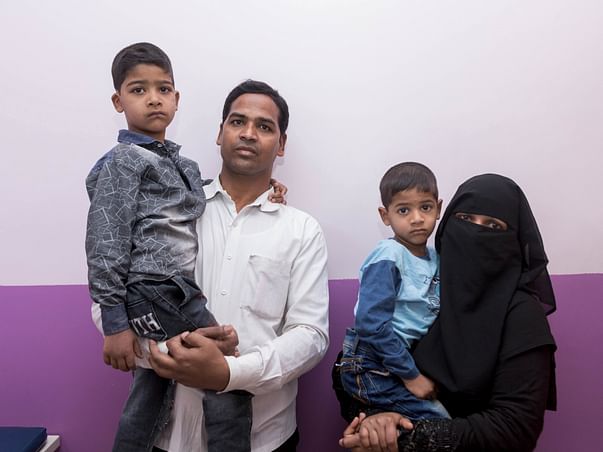 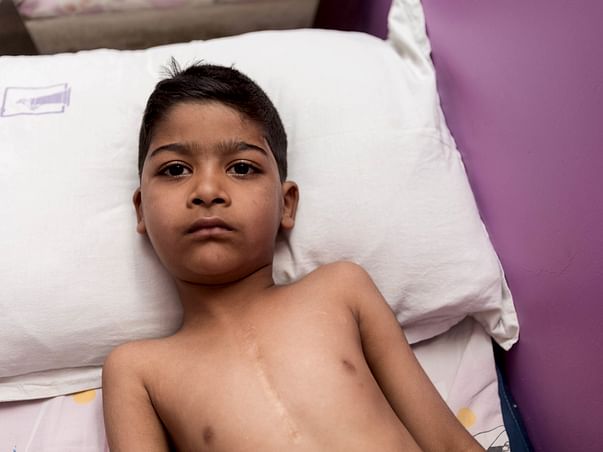 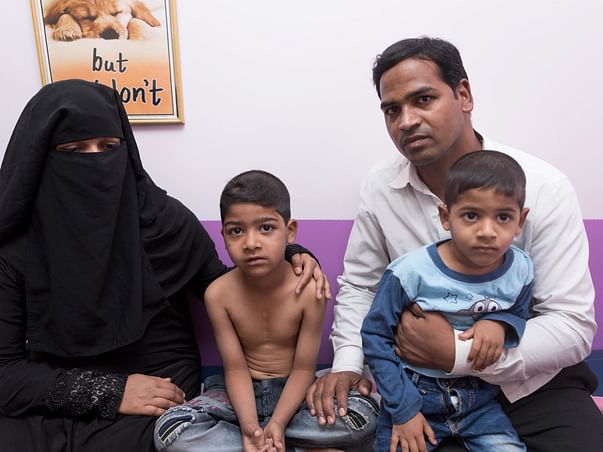 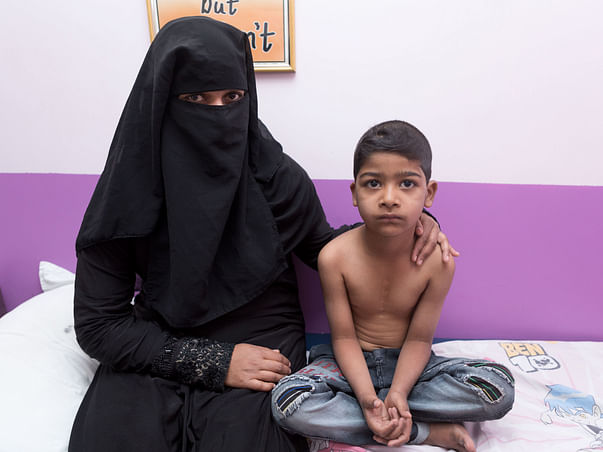 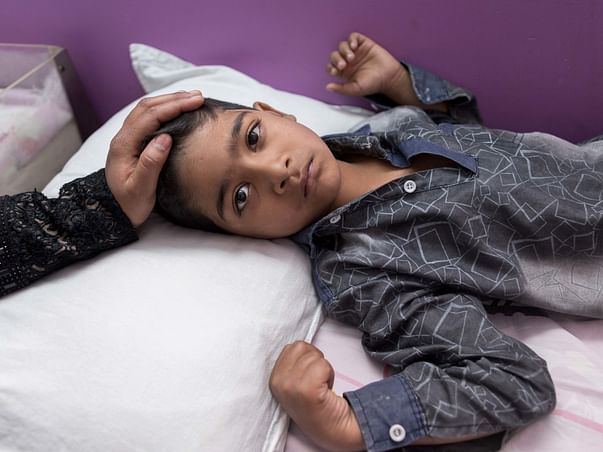 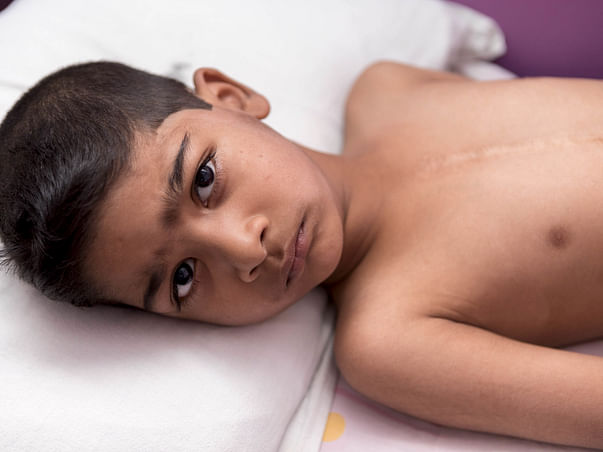 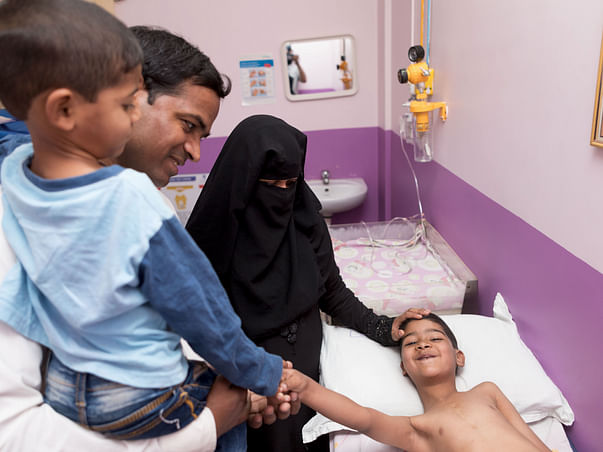 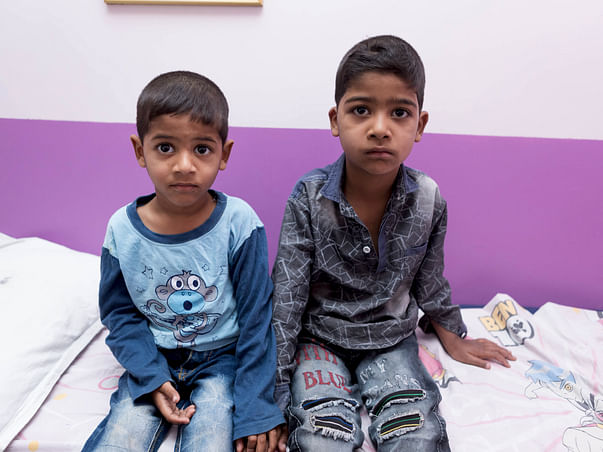 “When he was born, we were told that he had a hole in his heart and that the left side of his heart is smaller than the right. Life turned into a nightmare for us.”

Muzaffar is a bright-eyed, curious boy who was born with a hole in his heart. Since childhood, he’s been on medication and regular checkups so that his condition doesn’t worsen. But now his health has deteriorated and he needs surgery. He often falls sick, with mild fevers and a lot of pain in his chest. He’s weaker than other children his age, and can’t walk for long or run without getting breathless and weak.

His parents' dreams were shattered with his diagnosis

Muzaffar is the eldest child of Rasool and Nasreen. While they were dreaming of a rosy parenthood, their hopes were shattered with his diagnosis. His life since childhood has been full of visits to hospitals and different tests being done to him. He has never enjoyed a carefree childhood like other children, and will not be able to do so if he doesn’t get the surgery now. His parents are helpless at his condition but can’t do anything to alleviate his pain or make him feel better. All they want is, for him to recover and lead a healthy and happy life.

Rasool and Nasreen have two other children, a daughter and a son, both younger than Muzaffar. They want to play around with their elder brother but most of the time, he’s too sick to play with them. He hates the fact that he is not like the other children.

With this surgery, his closed valves will be opened up and tubes will be placed to aid his circulatory system. This will help him breathe. But after surgery, for a certain period his lungs will get clogged with fluid that will be needed to be pumped out regularly. This postoperative care is inevitable for him to recover completely. This will require him to stay under medical supervision for a prolonged period.

Despite his illness, Muzaffar is a cheerful little boy. He is courageously fighting for his life against his condition. His parents are willing to do all it takes to save him from a terrible fate but the only hindrance is their financial state.

Rasool works as an office boy in the stationary department of a small firm. He makes a meagre income per month, which is barely enough to keep their lives afloat. Affording this expensive treatment is well beyond his means, but saying no is not an option since that would mean losing Muzaffar to his illness.

So far, they have paid for the expenses by taking money from his colleagues and relatives. But for Rasool, these reserves have now run out. In order to save his son he desperately needs your help. Your contribution can give Muzaffar a second chance at life. 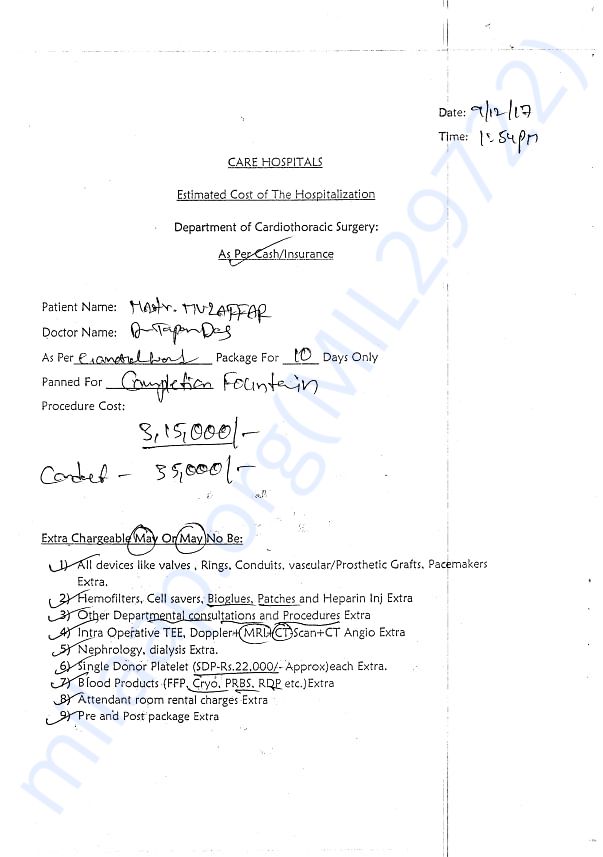 Thank you so much for your love. We wouldn't have come this far if you hadn't shown us your support. My baby is now doing well now. It is heartening to see him recover.

Scan & donate with any app
check_circle_outline Download payment receipt
Report fundraiser
Know someone in need of funds for a medical emergency? Refer to us
Rs.6,750 raised

May the lord bless you and heal you.

May Allah give him health and long life

May the lord bless you and heal you.

May Allah give him health and long life

You are sending a message to
Mohammed Rasool
Go back 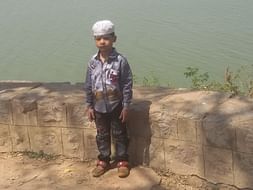 "Save My 6-Year-Old Child With An Abnormal Heart"