This Single Mother Is Running Out of Time To Save Her Baby Girl's Life | Milaap
This campaign has stopped and can no longer accept donations. 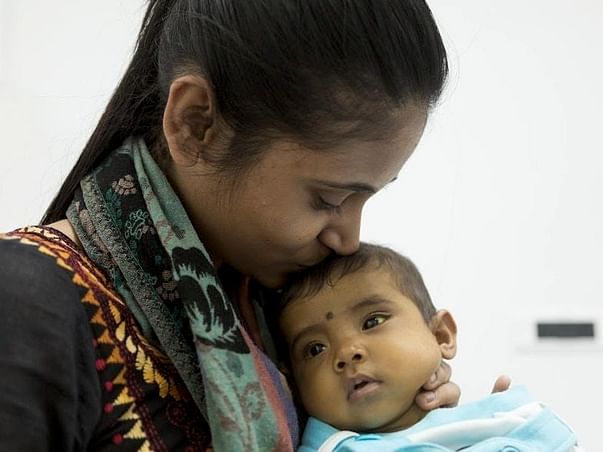 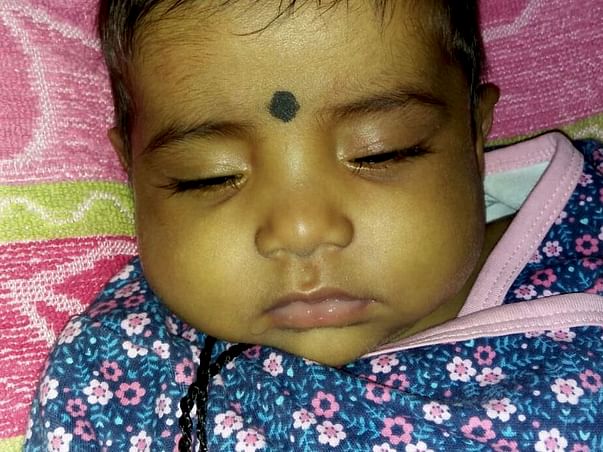 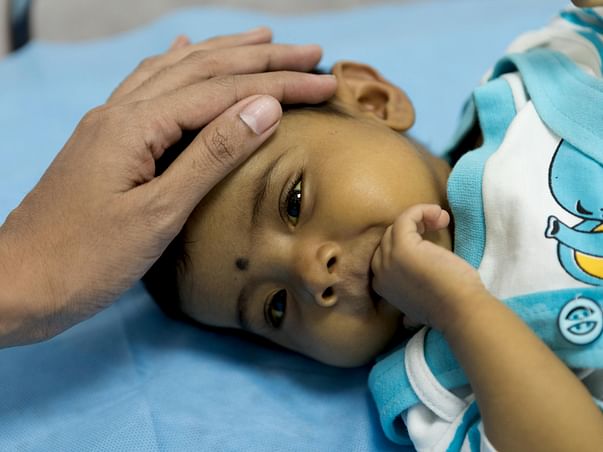 “Anything can happen to your baby in the next 72 hours”

Hard for any mother to hear, these words shook Puja when her 5-month-old baby, Arshiya, was battling severe infections after a failed liver surgery. Miraculously, Arshiya survived but her liver is deteriorating every day and she needs an urgent liver transplant to survive. Abandoned by her husband, Arshiya’s mother, Puja, is finding it very difficult to provide for the transplant and is in dire need of help.

Arshiya is very critical and her eyes and body are yellow

After noticing that her baby’s urine and body complexion were abnormally yellow, and after several tests and scans, Arshiya was diagnosed with a severe liver disease called Biliary Artesia.

This rare disease is due to a birth defect in the liver and it occurs in 1 out of 15,000 babies. Being just 5 months old, Arshiya’s liver is deteriorating every single day and she is very critical. She has sustained jaundice and her body and eyes have already turned very yellow.

Due to the disease, Arshiya’s bilirubin levels are around 16, whereas it’s close to 1 in a normal baby. This is dangerously high and life-threatening. Her condition gets worse every day and now, she cannot survive without a liver transplant and is running out of time.

Arshiya had a liver surgery which failed

When she was just 90 days old, to make her liver function normally, Arshiya had to undergo a surgery. Puja and Arshiya travelled from their home in Jamshedpur to Hyderabad for this. Unfortunately, the surgery was unsuccessful. Arshiya had to remain in the hospital for 2 weeks.

The unsuccessful surgery was very disheartening for Puja, but she received yet another blow when her daughter developed multiple life-threatening infections just a few days after being discharged.


“On 25th December 2017, we wanted to go to a Church but had to rush to the hospital. My baby was in so much pain. The doctors said that anything could happen in the next 72 hours. My heart sank. I couldn’t see my baby like this. Her entire body was swollen, and she was so yellow. She had multiple pipes and a feeding tube attached to her small body and I just couldn’t see her suffering” – Puja

Luckily, Arshiya survived and was in the hospital for 10 days.

“She’s very playful and doesn’t cry without a reason, but she would cry endlessly due to her infections. She had to undergo 52 tests in just 10 days. She has been through a lot. Even the day she was discharged, she had to give blood for some tests. She’s still very critical and no mother can see her child like this.” – Puja

A liver transplant is the only option

After the surgery failed, her liver is slowly dying every day and she is getting yellower too. She simply cannot survive without a liver transplant, which needs to be done within the next 2 months.

Puja, a single mother, has absolutely no financial means left to provide for the life-saving transplant her 5-month-old daughter needs. She is trying everything she can to save her daughter but her circumstances make it all the more difficult.

Abandoned by her husband, Puja is still fighting strong

Puja was abandoned by her husband because she gave birth to a girl. More so, after marriage, she wasn’t even allowed to work. After her husband left her and Arshiya, Puja was about to start a job to support herself and her baby.

It was just then, that Arshiya started showing symptoms of her disease and in just 5 months Puja has been through a whirlwind of emotions.


“I can face whatever happened to me. It’s just very unfair for Arshiya, she can’t even speak and has already been through a surgery, severe infections and now, her condition is getting worse every day. I have so many things planned for myself and my baby. I just want her to get the transplant and return back to normal.”- Puja

Puja has absolutely no money to support the transplant her 5-month-old baby needs within the next two months. Until now, Puja’s father helped pay over Rs. 6.5 lakhs for the visits, medicines, and the failed surgery. He works in the railways and he too, has exhausted all his savings.

The total cost for the liver transplant is estimated to be around Rs. 16 lakhs.  Now, she’s racing against time and despite her valiant efforts, she's left with no option but crowdfunding.

5-month-old Arshiya’s only hope of survival is to get a liver transplant. As her condition worsens every day, Puja is running out of time to arrange the funds needed to save her baby. Now, she needs your support to make this possible.

Your support will save 5-month-old baby Arshiya.
Estimate 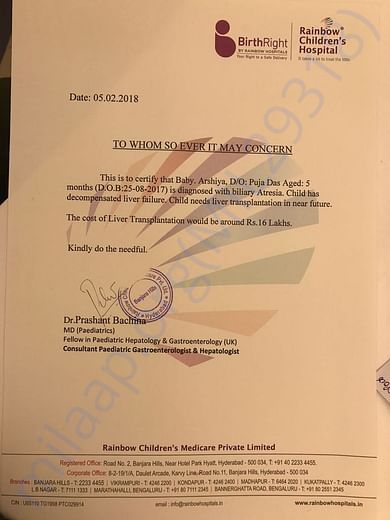 Very good morning to all of you, thanku so much for your support and blessings to baby Arshiya. I am glad to say that she is doing great after transplant. Doctors are happy with her post transplant reports. Baby is healthy now, I had donated my liver to her. Sending a few pics

Very grateful for your support.

Thank you for the wonderful love and support that you have shown towards my daughter Arshiya. She is doing better now compared to earlier and based on her health the doctor Dr Mohammed Rela has suggested that she will be undergoing the liver transplantation procedure on Thursday (29th March)

I will be donating a part of my liver to her and both of us will be hospitalized on Wednesday for the pre-transplant procedure. Thank you all once again. Please do pray for her health and speedy recovery. We need your support and prayers the most. Will keep you posted.

Here is an update on baby's health.

First of all, I would like to thank all of you for your generous contribution. I cannot describe in words how grateful I am and can never repay the support you have shown.

Currently, my baby girl is at home and doing fine. She is under regular medication and the dosage is too much. She has to go to the hospital for regular check-ups.

We will be visiting the hospital next week so that doctors can advise on how and when to start the tests so that transplant can be performed as soon as possible.

I am the donor for my baby's liver transplant. It will be a mis-match donation but doctors have ensured that the transplant is possible as children upto 1.5 years of age develop their immunity at a gradual pace.

Thank you so much for your wonderful support. Will keep you posted on the progress. Please pray for her health and speedy recovery.

Report fundraiser
See how thousands are crowdfunding for their causes on Milaap
Rs.1,912,821 raised

You are sending a message to
Arshiya
Go back 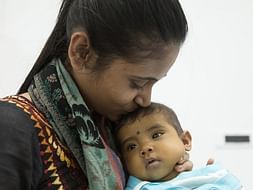