Help Arbaz who met with Accident and is in Coma | Milaap
Milaap will not charge any fee on your donation to this campaign.

Help Arbaz who met with Accident and is in Coma 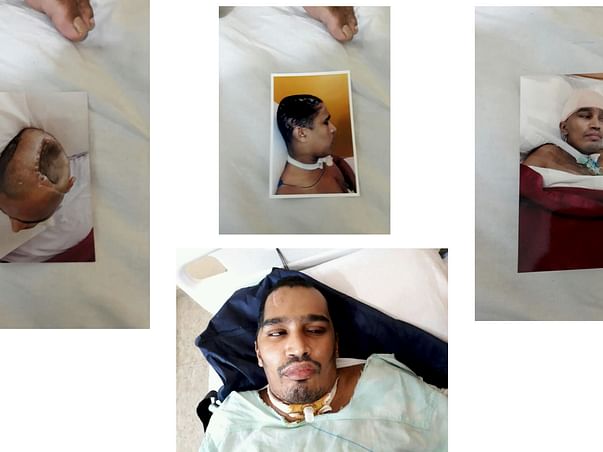 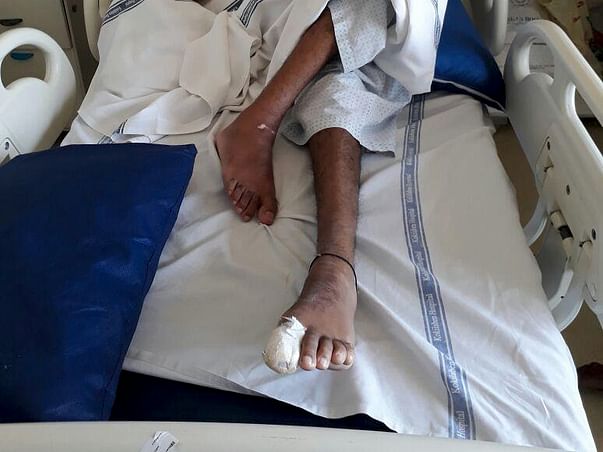 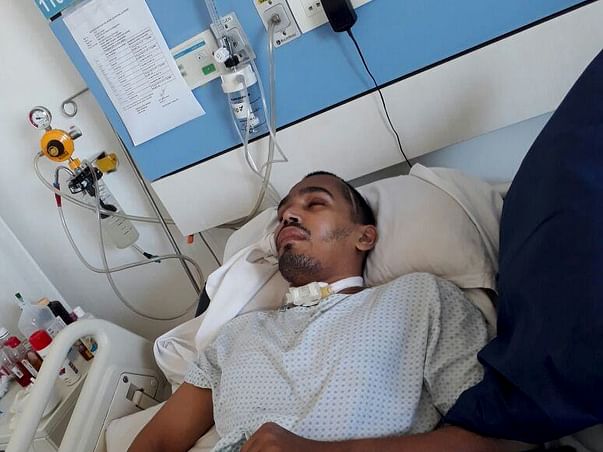 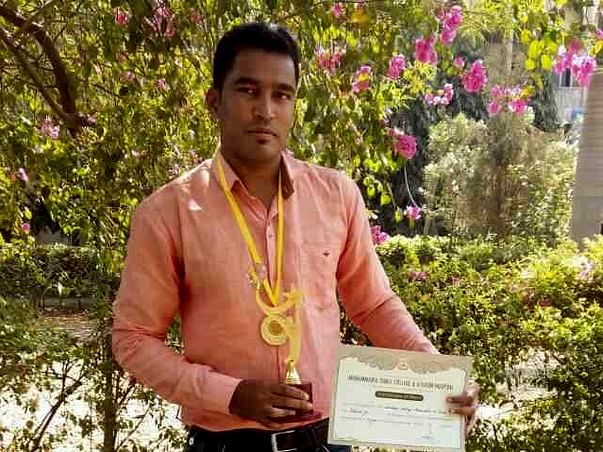 This post I am making on behalf of my Brother-In-Law Name Arbaz Lombare Age: 24 residence of Kausa Thane who is currently in Coma and require huge amount for his treatment in Kokilaben Dhirubhai Ambani Hospital in Andheri West (Admitted on 11th Floor Bed No: 11092). He is the Only Son of his Parents and was in last year of BUMS (Doctor).
Arbaz was in his last year of BUMS (Doctor Degree) in Malegaon, he was supposed to appear for his Final Exam in 1st week of June 2016. But on 13th May 2016 he met with Bike Accident and had occurred severe head injuries. He was admitted to Wockhart Hospital in Nasik in a very critical condition. In the hospital he was operated on emergency basis and his both part of side Head Skull (right & left) was removed due to the Crack and also the due to Swelling, which doctors suggested to remove to keep him alive. He was there for 8 days Wockhart Hospital Nasik (from 13.05.2016 till 20.05.2016) and the hospital Bill was Rs. 5,26,168/-, then he was shifted to Wockhart Hospital in Mumbai Central in Coma Condition.
In Wockhart Mumbai Central he was admitted for 15 Days (from 20.05.2016 till 03.06.2016) where he was operated and got artificial skull fixed and due to lack of finance my Father In Law Shifted him to Kalsekar Hospital in Mumbra for further treatment.
The Bill for Wockhart Hospital was Rs. 4,12,213/-. In Kalsekar Hospital he was admitted for 12 Days (from 03.06.2016 till 14.06.2016) the bill for Kalsekar Hospital was Rs. 60,002/-
On suggestion of one of his friend my Father in Law got him admitted to Jaslok Hospital in Mumbai for his treatment. He was there for 10 Days in Jaslok hospital but due to Lack of finance he was again shifted to his house. In Jaslok the bill of Hospital was Rs. 1,70,123/-. But suddenly after 2 months Arbaz got fainted and then again he was rushed to Wockhart Hospital Mumbai Central. After investigation doctors found that the artificial skull which was fixed did not suited him and the doctors again operated and got the artificial Skull removed.
He was admitted for 5 days and the bill of Hospital was Rs. 2,22,059/-
Than after 8 days again he was again operated and another artificial skull was fixed and then after 17 days he was shifted to home in Coma Condition due to lack of finance and he was taken cared at home. This time the bill of hospital was Rs. 13,14,665/-.
Now it was 5 month since he is was at home and not recovering as proper care like hospital cannot be taken at home. On suggestion of one relative my Father in Law referred Arbaz to a Doctor at Kokilaben Dhirubhai Ambani Hospital. The Doctor looking at Arbaz said he require hospital to be treated and come out of Coma, at home he will never recover and there are chances of losing him. On hearing this my Father In law in a fear of losing his only son, instead of not having money he got him admitted to Kokilaben Dhirubhai Ambani Hospital on the hope that from some where he will get help of finance. He is visiting many trust and other people for help but not getting the help.
My Father in Law a Shoe seller who earns 10-15 thousand per month not able to afford finance for getting him treated. Till Now money Spend is approx. around 45 lakhs for treatment. The earlier Hospital bills he paid by borrowing money from friends and relatives and he owes at least around 35 lakhs Rupees that he have to give it to the people from whom he has borrowed.
Now In Kokilaben Dhirubhai Ambani Hospital expenses for treating Arbaz is Rs.10 lakhs for 2 months and doctor has said that he will require atleast 2 month for him to come out of Coma. Doctor Letter is attached.
So current amount required is Rs.10,00,000/- and the Money which My Father in Law Owes is Rs.35,00,000 which I think he will not be able to Repay as per his current Condition.
Total Amount required is Rs. 45,00,000/-
Please Help Arbaz who is currently fighting for his Life
Please help a Father and Mother who are doing every possible things Day & Night to save their Only Child who will be a supporting for their Old Age.
MAY GOD BLESS ALL OF YOU & KEEP YOU ALL IN GOOD HEALTH 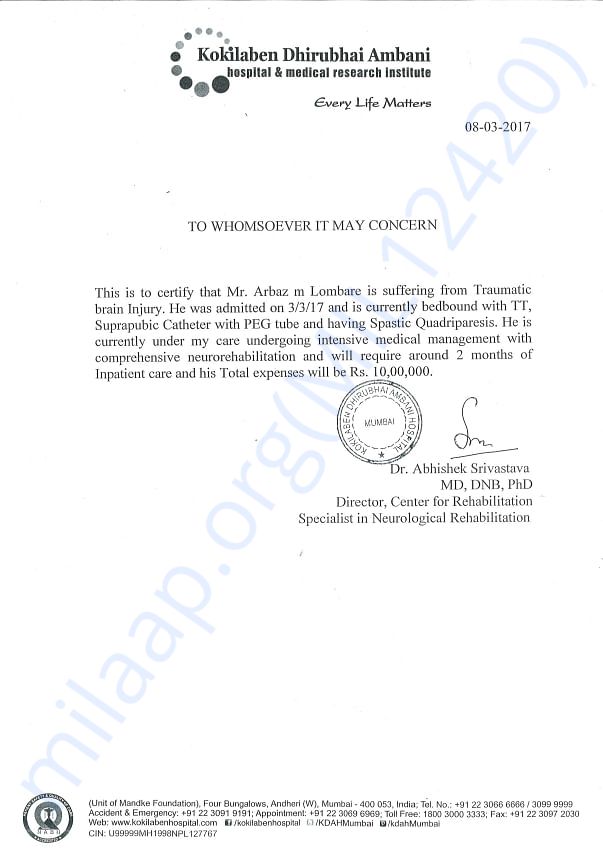 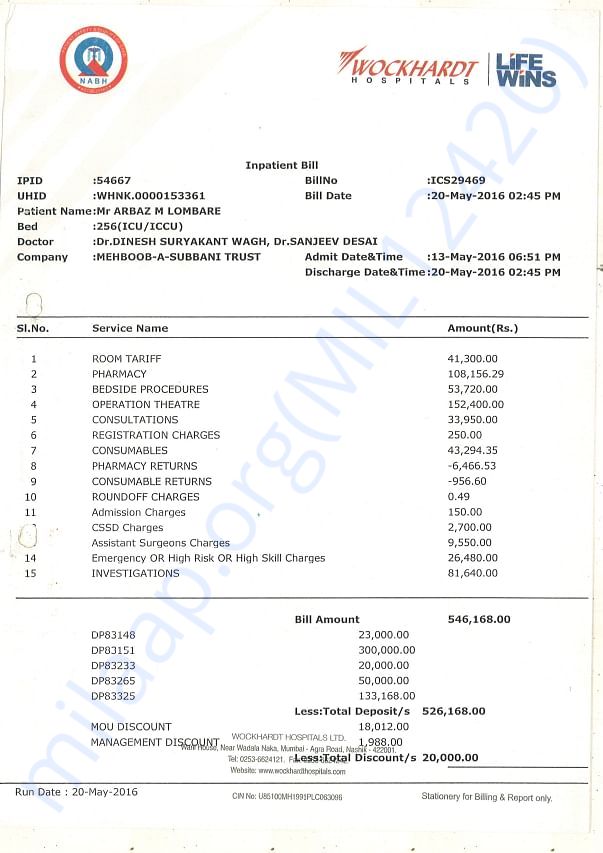 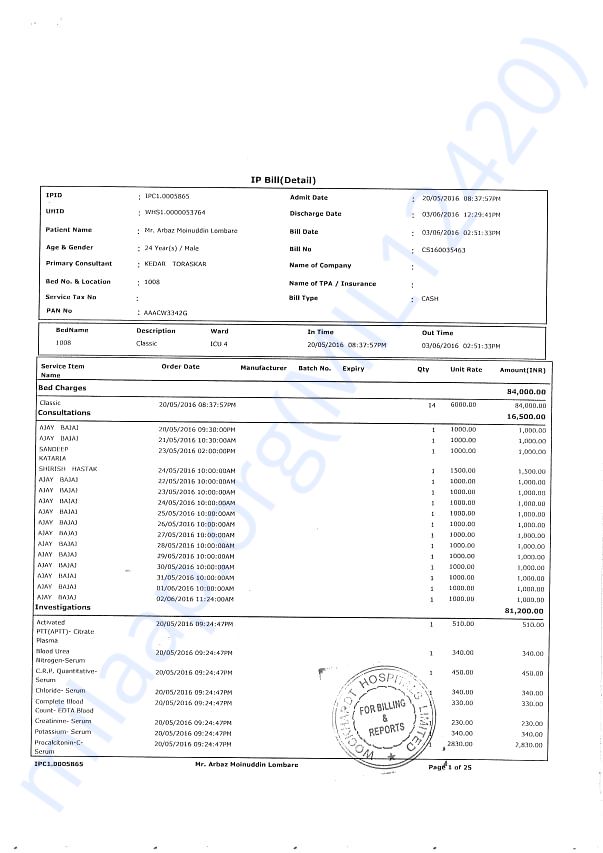 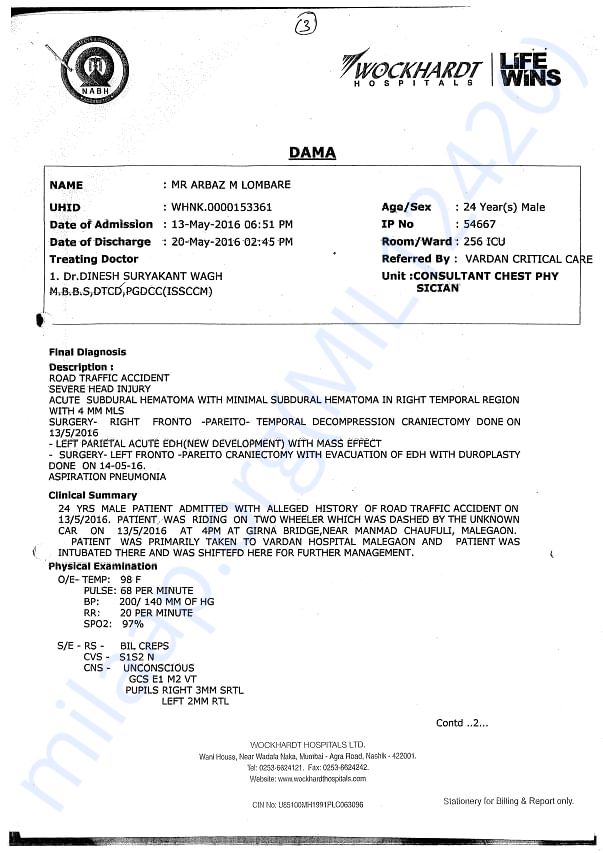 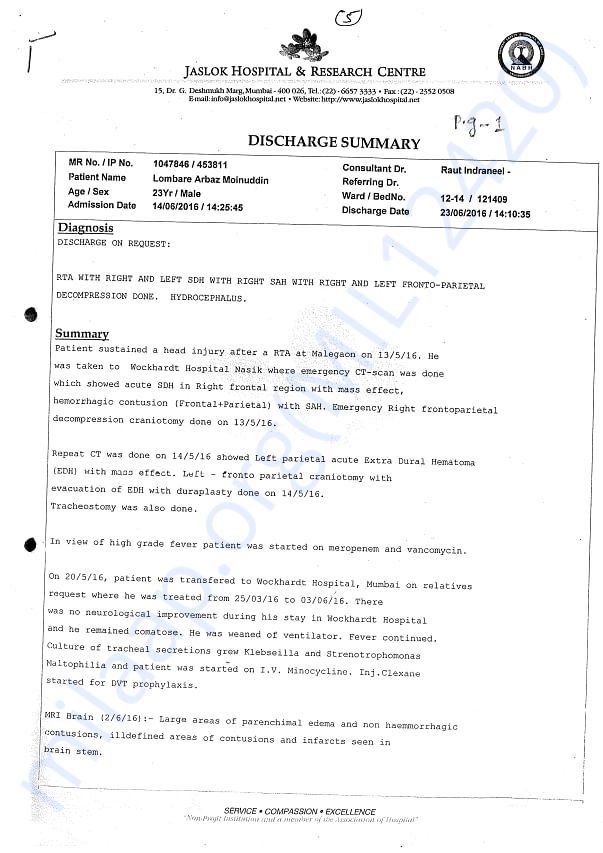 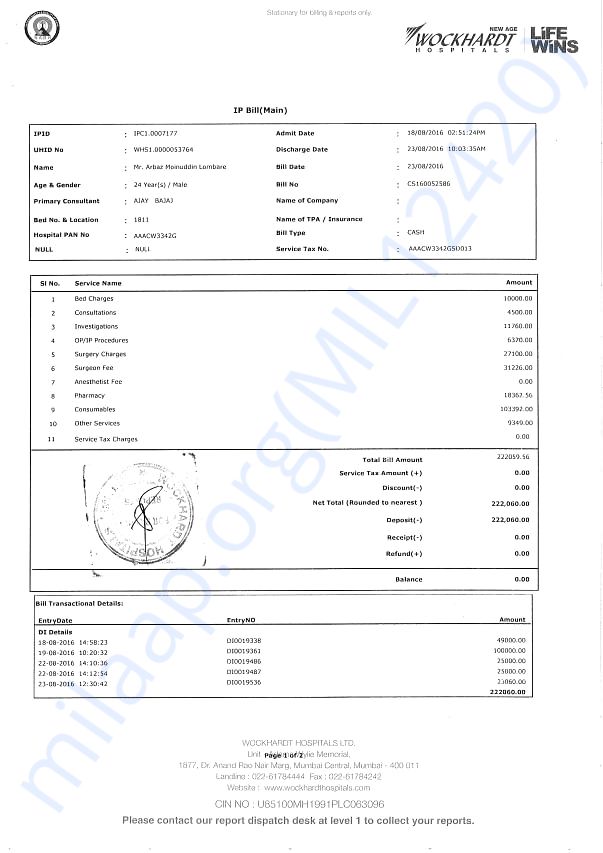 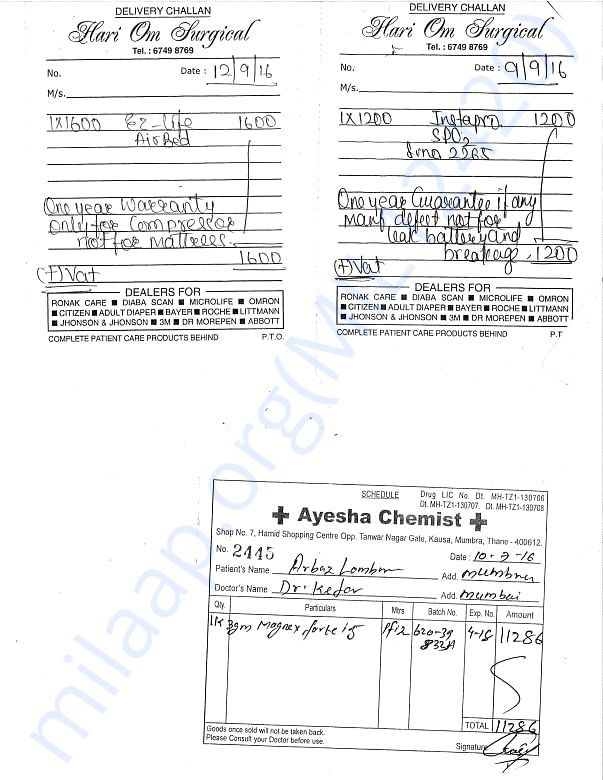 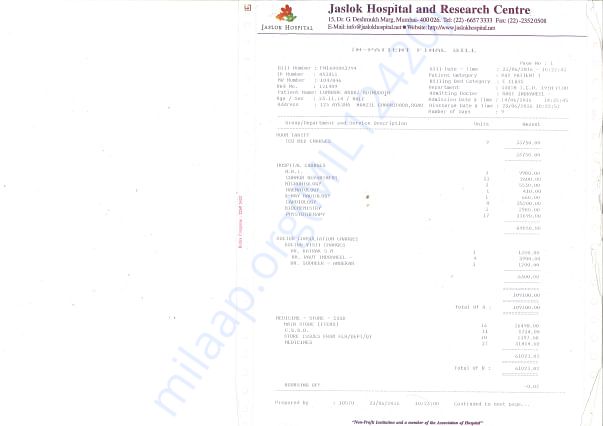 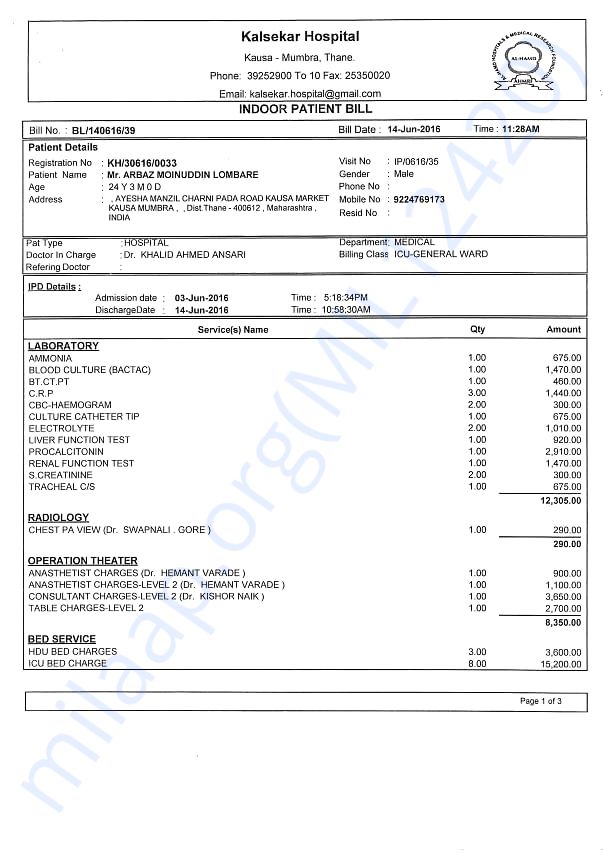 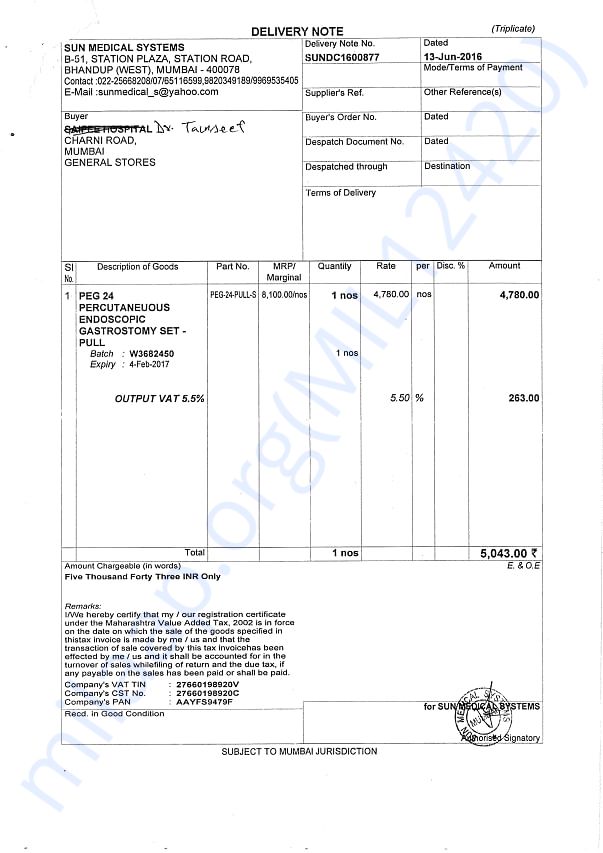 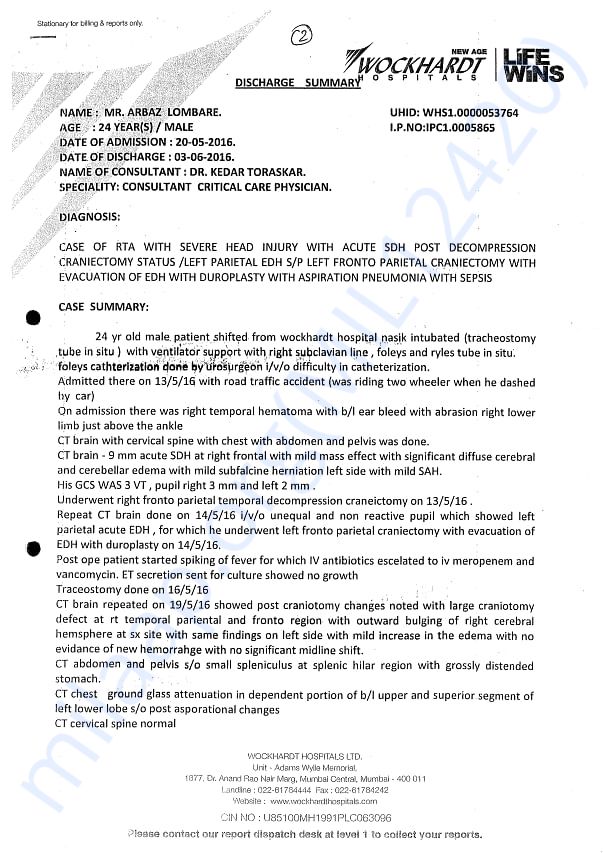 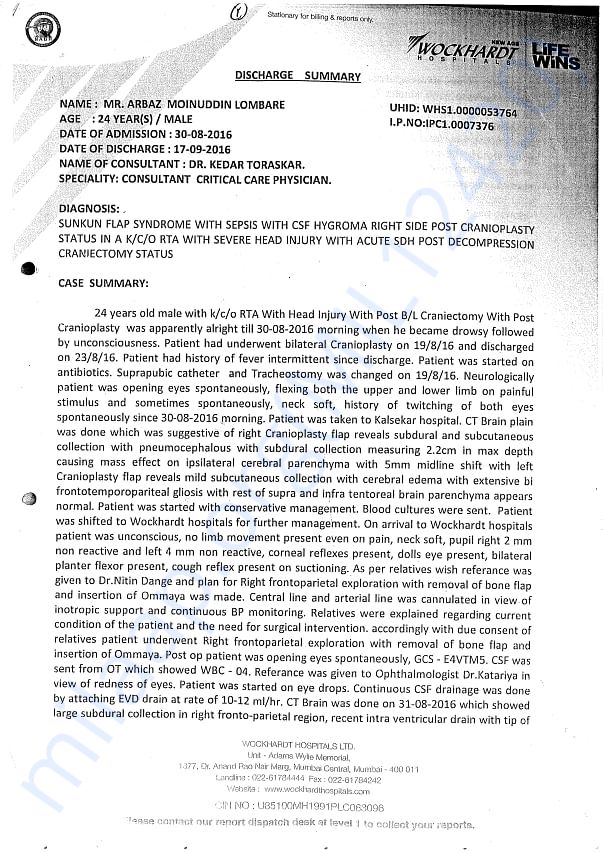 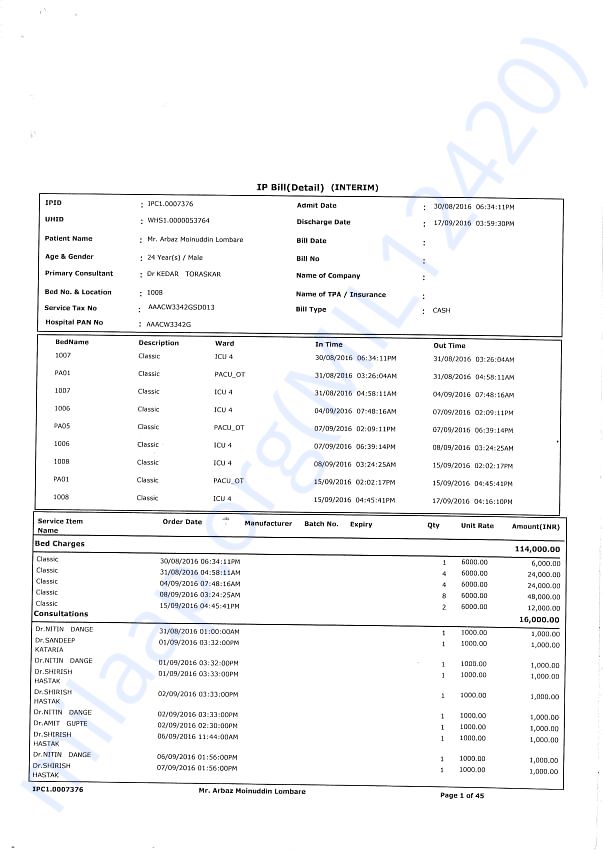 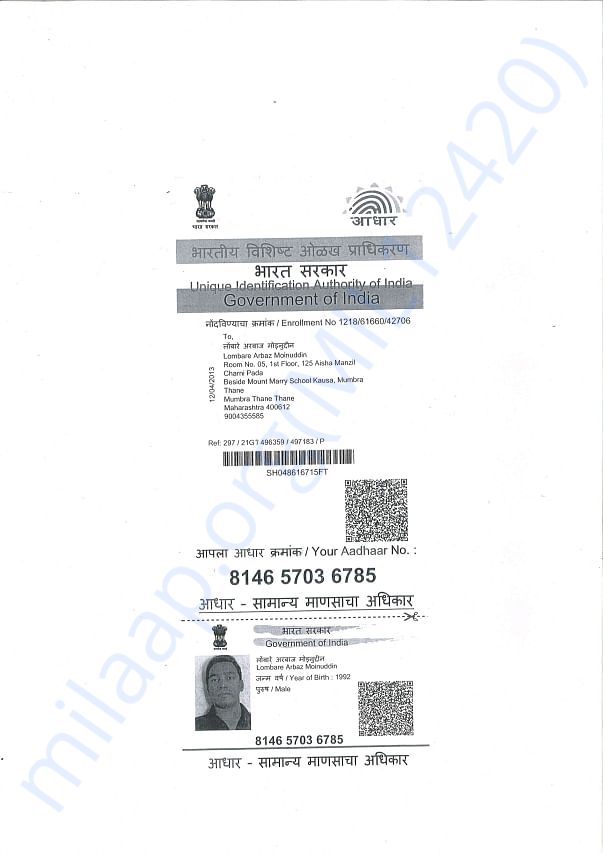 Donated to this campaign via Bank transfer/QR Code? Click here if you can’t find your donation listed below.
NJ
Naresh donated Rs.1,000

Get well soon. GOD bless you.

Donated to this campaign via Bank transfer/QR Code? Click here if you can’t find your donation listed below.
NJ
Naresh donated Rs.1,000

Get well soon. GOD bless you.

NB
You are sending a message to
Naqib Bobre
Go back 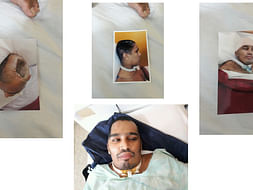 Help Arbaz who met with Accident and is in Coma