Update: July 30, 2016 - As of now the Suresh's cancer has stabilised. However, he will need your prayers and support to continue his fight. Please email at JanmFoundationAlmora@gmail.com in case you would like to make contact with him. 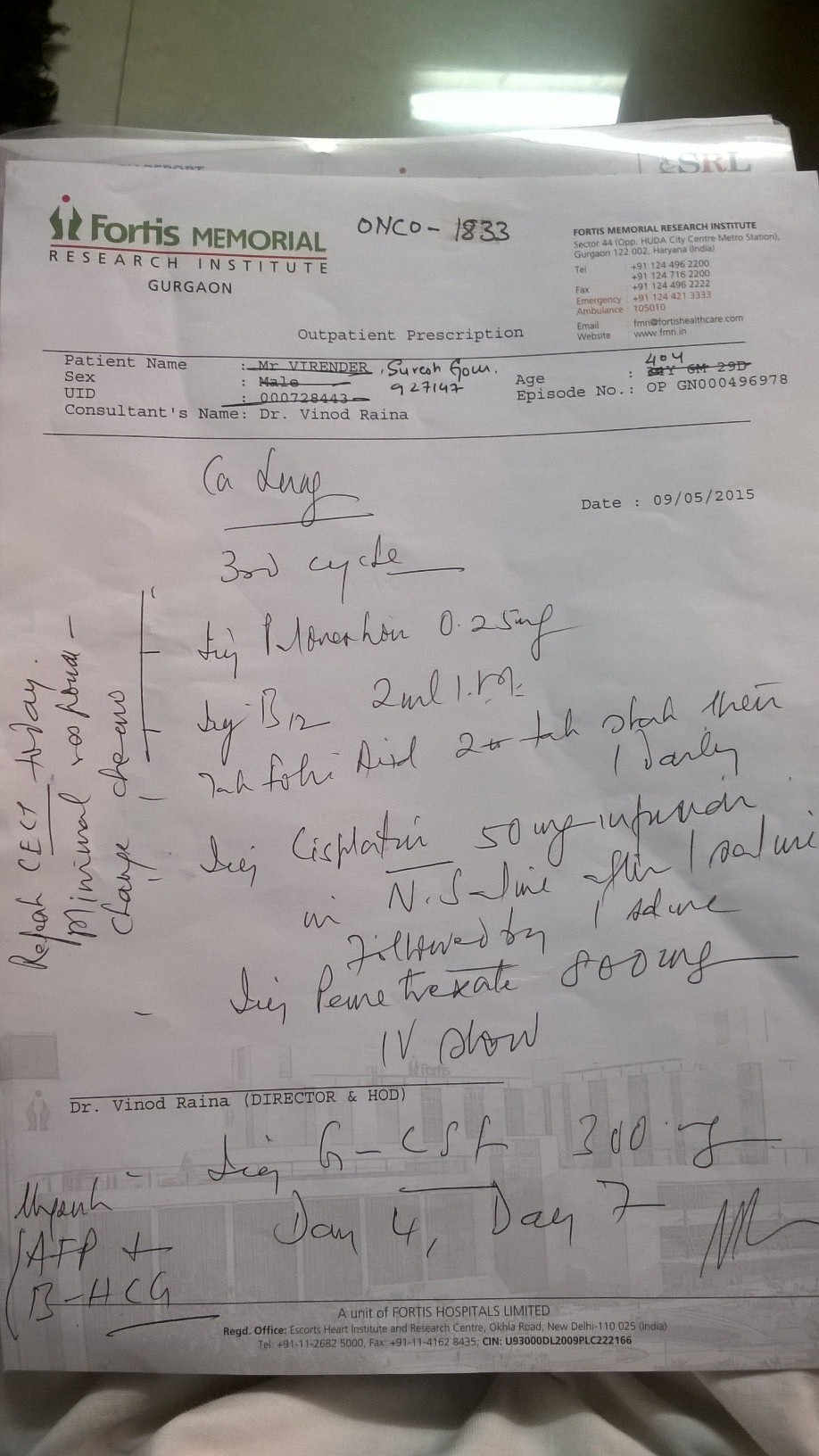 Mr. Suresh Gour, who is about 40 years old, is the father of two young children. He works as a security guard in Almora town. In early 2015, Mr. Gour was diagnosed with large aggressive lung cancer that had advanced beyond radical treatment with very poor prognosis (one year of life estimated). He is being treated by Dr. Raina at Fortis Hospital, Gurgaon. 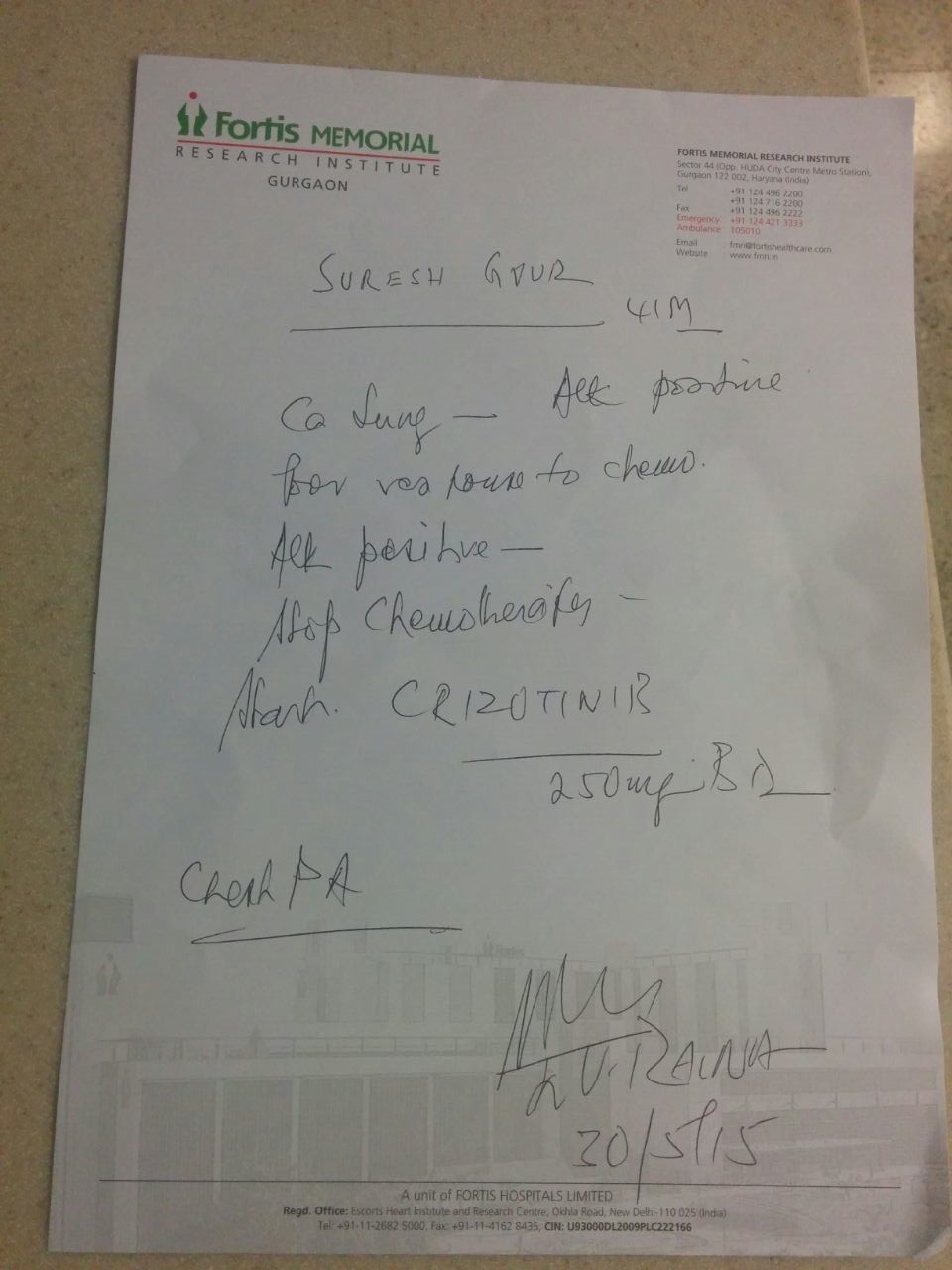 The first line of treatment proposed was chemotherapy with Carboplatin and Paclitaxil prescribed to him are usual drugs. Mr. Gour went  through three rounds of chemo and for that had to leave his work and home and  stay in Gurgaon for the past few months. In addition to that Mr. Gour was going  through severe side effects like nausea, vomiting, hair loss, joint pain etc.  After his third chemo therapy Dr. Raina got him tested for ALK and he tested  ALK positive (only 4 per cent patients test ALK positive it seems). This has  been a bit of good news as there is a cutting edge medication Crizotinib which  is taken orally twice a day and is known to reduce this particular cancer  progression, significantly increasing  life span (varies from individual  to individual) in patients who test positive for ALK. In addition, since this  is an oral medication, it can be taken at his own home and he does not be in  Gurgaon constantly.

This is a very  expensive medication. The total cost for 8-months of treatment is Rs. 8 lakhs.  Mr. Gour has received support for the medication. However, all the other costs including that of MRIs, CTs, etc. are borne by him and his family. We have managed to raise Rs. 1.5 lakhs towards this and need  your support for raising the rest.Even  a donation of Rs. 500 - 1000, would be appreciated and will go a long way. Also, if you can share this appeal with people close to you that trust you. 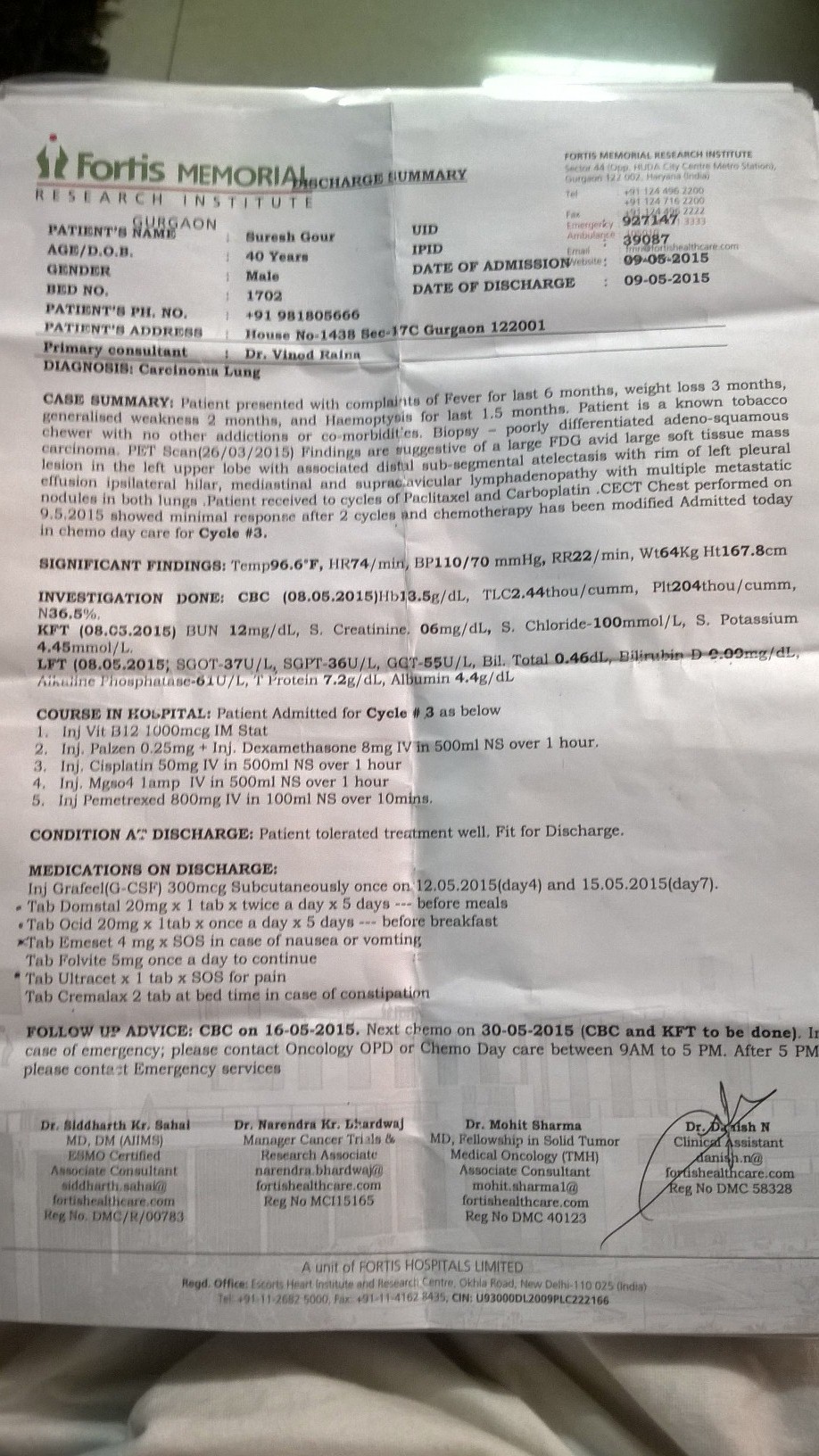 We would be happy to organise a visit / interaction with the patient or doctor. I have also attached the prescriptions of the patient. You can also make contact with him at 0124-2348479.