Share
February was a special month for Akram Khan and Ayesha Tabassum - they got married on Valentine's Day, last year, and celebrated Akram’s birthday just days later. What they hadn’t anticipated, however, was that in a cruel twist of fate, the month they held so close to their heart would one day turn into one of the most harrowing times of their lives.

Only months into their marriage, the couple learned they were to be parents to twins. Despite the difficulties that came their way because of the pandemic, the couple was elated to be starting this new journey of parenthood. But this February, 3 months before the due date, their baby girls were born prematurely with severe respiratory distress. They have been fighting for their lives ever since and need to remain in the NICU for at least a few more weeks to recover, but Akram and Ayesha have no way to pay for their treatment. 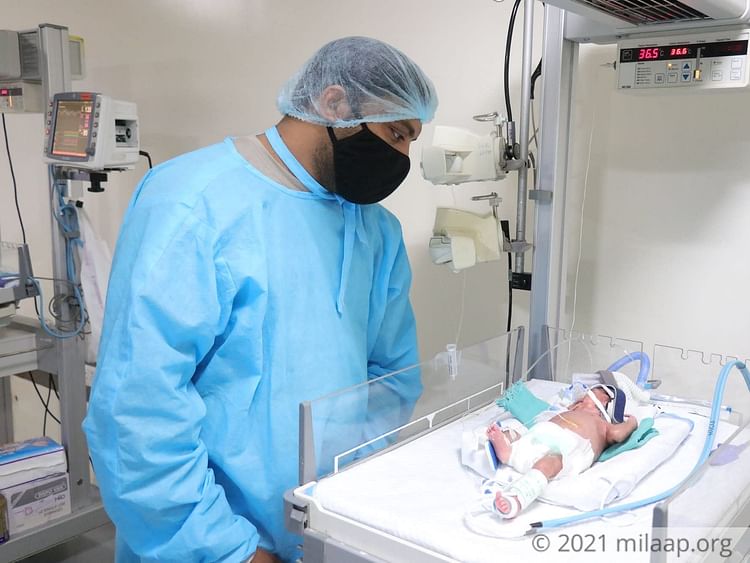 Ayesha going into labour was untimely and unexpected

“She screamed for me when she realised there was water dripping down her legs. I rushed to her in panic, thinking something was terribly wrong because she was groaning in pain. Neither of us knew what exactly was happening but we were both so terrified thinking our babies were in danger.”

Ayesha had woken up at the break of dawn, one February morning, with the urge to use the bathroom, when her water broke. Unprepared and taken off-guard, they hadn’t realised that she was going into labour at just 26 weeks.

“I immediately called a cab and managed to take her to a local hospital. The whole cab ride, I was assuming the worst and worrying myself sick. At the hospital she was prescribed medicine to relieve the pain, but nothing seemed to work and by night time we realised Ayesha was in labour - but the hospital wasn’t equipped to deal with premature babies. So we were taken to a bigger hospital, via ambulance, where our babies were born. It felt like I was living my worst nightmare when I saw the nurses wheeling our babies away to the NICU, only minutes after their birth. We were told they couldn’t breathe by themselves and would require respiratory support.” - Akram, father 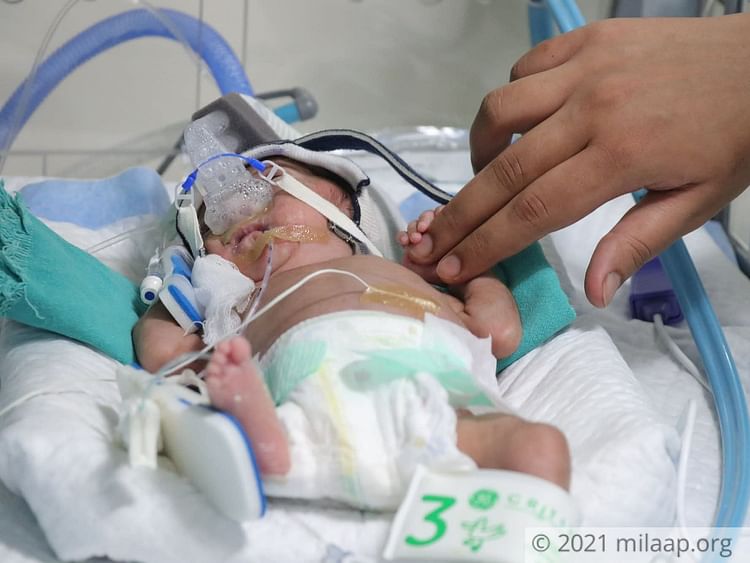 They need to spend a few more weeks in the hospital

Akram and Ayesha felt like the world was caving in on them, unable to afford the medical expenses. Moving them to another hospital is not an option, as both babies are in a very critical condition - the older twin more so than the younger.

“I spent all I had on their treatment, and then had to even reach out to my friends and relatives to borrow money. They refuse to pick up my phone calls or respond to my messages, anymore. We sold all our gold and now I have nothing left. I desperately await the day when I can take our baby girls back home with us, and Ayesha yearns to hold them in her arms. But all we can do now is watch them, hooked to all these machines and breathing from a tube as they struggle to survive. It is so painful for me to see my babies - only weeks old - in this condition.” - Akram 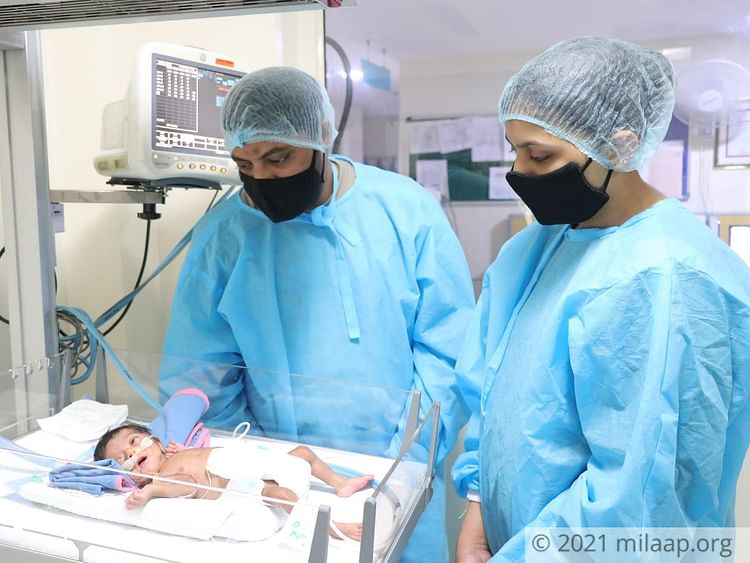 Akram was a private employee, until he was forced out of work because of the pandemic. He has been desperately hunting for a job, and doing all that he can in order to save his babies. He has spent some INR 6 lakhs on his daughters’ treatment thus far, all in borrowed money, but now he has exhausted all his resources.

Each day they anxiously wait for news of their babies’ improvement, but Akram and Ayesha are at the end of their tether. A few more weeks in the NICU will cost them about INR 25 lakhs, so they are now appealing to you to help them save their babies.

They haven’t even experienced life yet, but their parents’ only wish is to give them all they can and raise them well. Any contribution you make will help them immensely. Click here to donate!