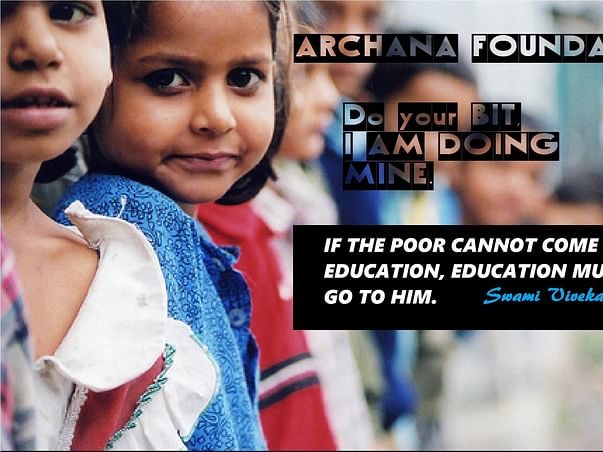 Fund raiser for:
Opening an NGO and SCHOOL-CUM-COACHING for poor children
Why such a school & coaching is needed in Bihar?
Though the history of Bihar is glorious yet the present is bleak. Bihar was a site of learning, power and culture in Ancient India. It is famous worldwide for its largest university of the Ancient times i.e. The Nalanda University.
However, today the situation is just opposite. Bihar is the most literate state of India and one of the most poor also.
Facts & Figures on Bihar:
Who is to be blamed?
If we start finding faults, we will definitely find so many people and government to blame. But, the real issue is not who is the culprit?
The real issue is who will be the savior?
Who will take action?
Who will make the start?
Definitely, we, people, in general have the responsibility of changing the fate of Bihar.
You may think if it is related to Bihar then how does it concern you?
Of course it does. We all live in this planet and being blessed by the almighty to help the needy is enough of a reason to contribute in any good work. I’m not saying just contribute in my endeavor but do so in any cause as per your interest and liking.
I believe, God has given us two hands – one hands to earn and second to help.
WHERE THE IDEA CAME FROM:-
I myself belong to not so affluent family. I have seen what it feels like to be hungry, hopeless and helpless. Poor children don’t have dreams. If anyone has, he never believes that dreams do come true.
So, I have this idea for starting an NGO that will work primarily to promote quality education among the poor kids since my childhood days. I was not skilled and independent enough to take the step. But, now I’m already doing a job and independent, I am determined to give wings to my long cherished dreams.
I will donate 25% of my monthly salary in this endeavor and I’m also seeking help of my friends to help me in this good work. I will also work extra hours in making it a success. However, it needs more than what I can do it. If I do it all by myself, it may take two or more years to make it a reality which I don’t want.
That’s why I have come to this platform for seeking the help of philanthropists all over the world. I believe, I shall get more help than I expect since there are many people who do good work and want to do so…
A brief detail of the organization:
Name: ARCHANA FOUNDATION
I have decided its name after a dearest friend of mine who passed away last year at such a young age. I always miss her absence. She was a University topper and excellent in everything that she did.
She deserves to live in this world, may not in physical existence but in some other way. What could be better if she can make difference in this word even from the Heaven.
WHAT WE WILL OFFER?
* A school for Primary classes: Class Nursery to V
* coaching classes for VI to X.
* Special classes for preparation of Olympiad, NTSE and other competitive Examinations
*Total Fund needed:
* 6 full furnished classrooms: Around 3 Lakh Rupees
* Projector and other teaching Aid: 1 Lakh Rupees
* Teachers, Staff pay & other miscellaneous Expenses: 1 Lakh Rupees
WHEN WILL IT START?
By the end of March, 2017.

HOW MANY LIVES IT AIMS TO TRANSFORM EACH YEAR?
About 200 Poor Children will get quality education each year.
So, a total of around Rs. 5 Lakh is needed for making this dream a reality which is going to benefit around 200 children each year.
“THE WORLD IS CHANGED BY YOUR EXAMPLE, NOT BY YOUR OPINION.” – Paulo Coelho
Donate
Report fundraiser
See how thousands are crowdfunding for their causes on Milaap
Content Disclaimer: The information and opinions, expressed in this fundraiser page are those of the campaign organiser or users, and not Milaap.
If such claims are found to be not true, Milaap, in its sole discretion, has the right to stop the fundraiser, and refund donations to respective donors.

You are sending a message to
Arun Kumar
Go back 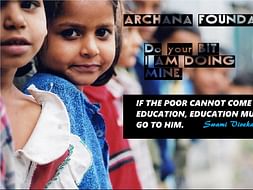