Help Sreedhar fight Cancer | Milaap
This campaign has stopped and can no longer accept donations.

Hi All,
I have started this fundraising for my father, who was diagnosed with Multiple Myeloma, a painful blood cancer formed by malignant plasma cells - type of white blood cell in the bone marrow.
Far from beaten by the disease in 2013,though,he fought back,underwent numerous chemotherapy and  radiation therapy sessions,and has been on the path to recovery,since. But unfortunately in September 2017, it relapsed and made the disease complicated. A tumor which developed in his spine caused acute Urine Retention and also paralyzed his legs. He was admitted to Basavatarakam Indo-American Cancer Hospital, Hyderabad and underwent a Radiation therapy. The reports are enclosed here.

In-spite of the painful treatments he was doing well. He showed great courage and never lost hope. His brave fight against cancer has given us confidence that he would do well with continuous treatment.
From the last 3 months he is suffering with chronic anemia. Several blood transfusions have been given but still the hemoglobin & platelets count is not stable. Currently he is undergoing chemotherapy treatment at Nizam’s Institute of Medical Sciences (NIMS), Punjagutta, Hyderabad. The Oncologist at NIMS has advised for 2 cycles (8 weeks) of chemotherapy, initially with a drug named Daratumumab 400mg X 2 vials. It is a very costly drug and costs about 75000/-per vial. The total expenditure is expected to cost around 15-18 lakhs by the end of 3 cycles. Estimated costs are attached here.
The health insurance and savings we have are not enough to cover the expensive bill and now we’re working out for loans to support his treatment. We are all trying to raise money from family and friends. We need your support at this desperate hour. Please help my dad in his battle to beat cancer.
Any financial help from your side, however small it may be, will be of immense help.
I will continuously keep posting updates of his health and progress of  his treatment.

He needs tremendous support, prayers and blessings of all his loved ones, and together we will make him win this battle!

Many thanks for your time to read this post. 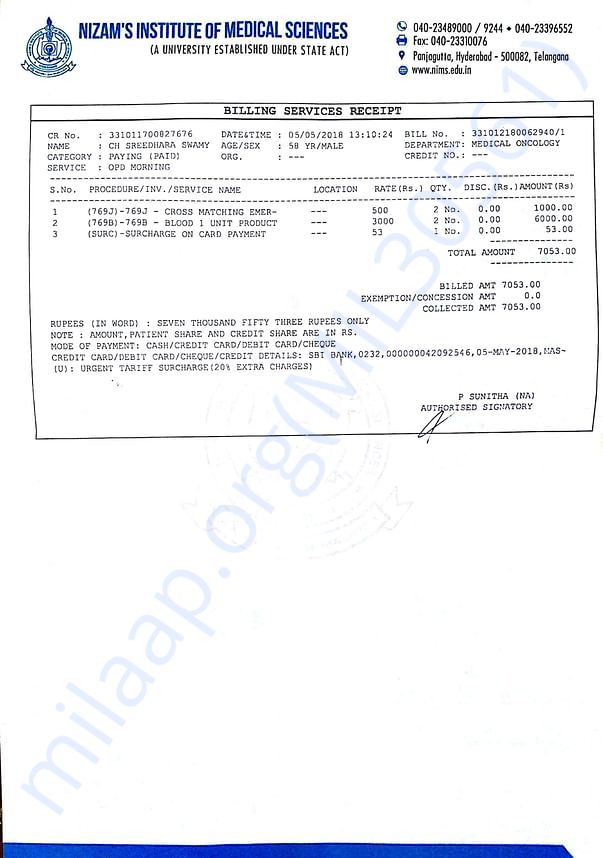 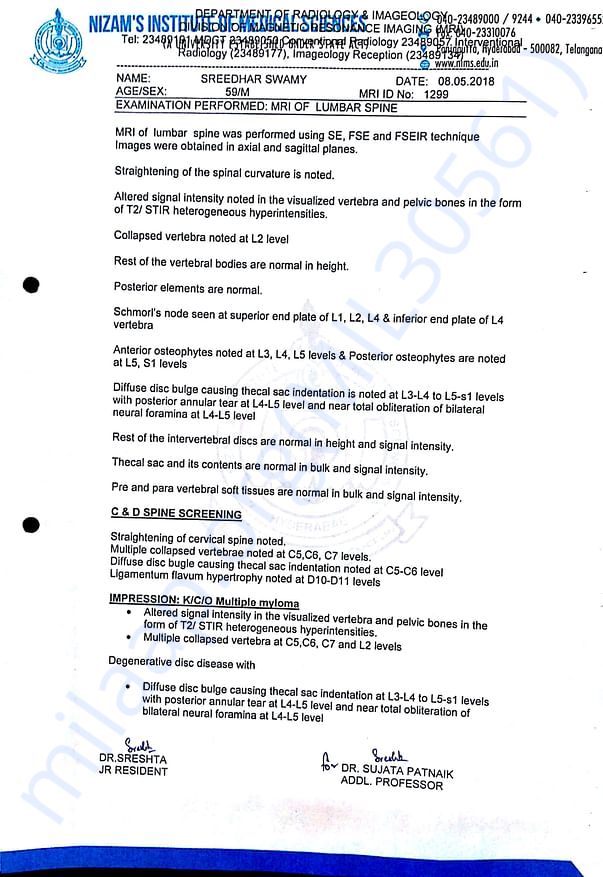 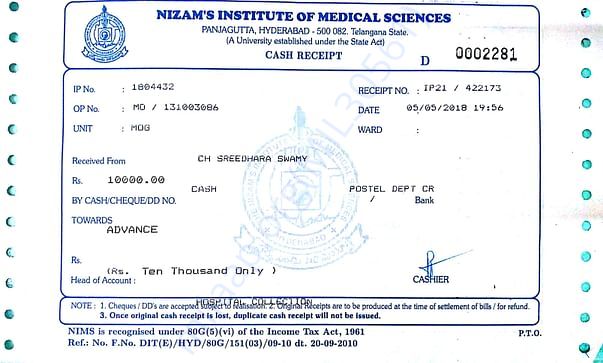 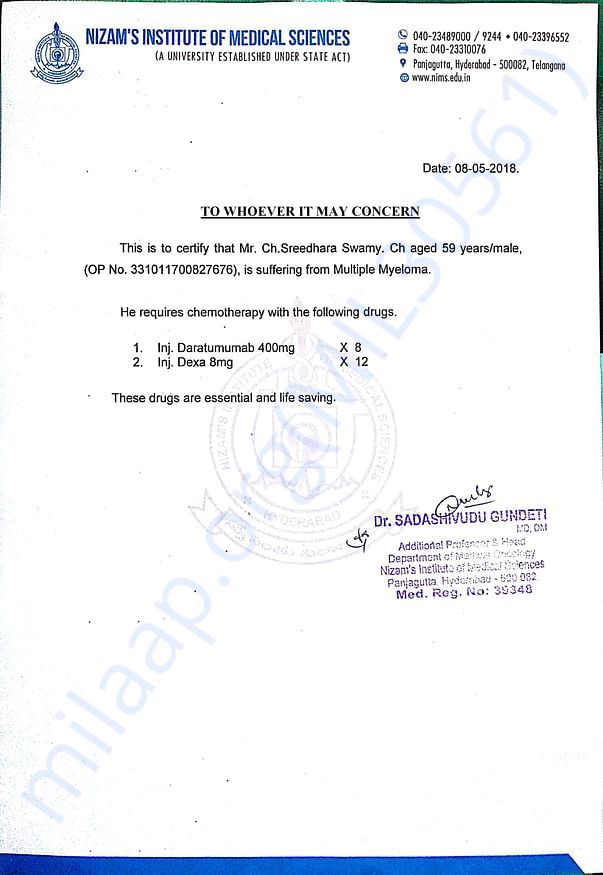 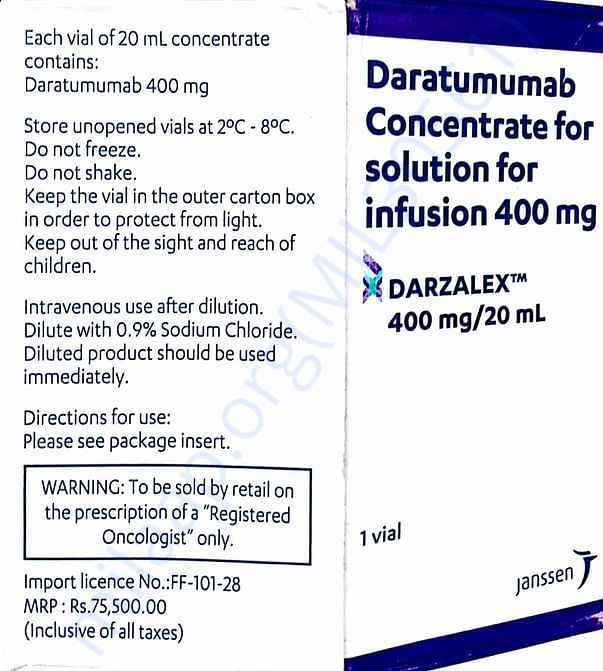 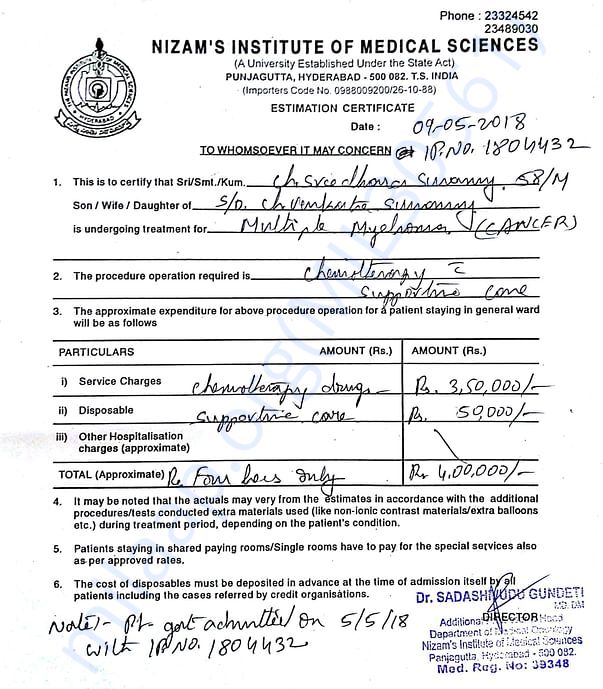 You are sending a message to
Vishal Kumar
Go back 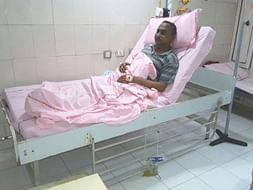