She Cannot Speak, So She Screams From The Pain Of Her Failing Kidneys | Milaap

She Cannot Speak, So She Screams From The Pain Of Her Failing Kidneys 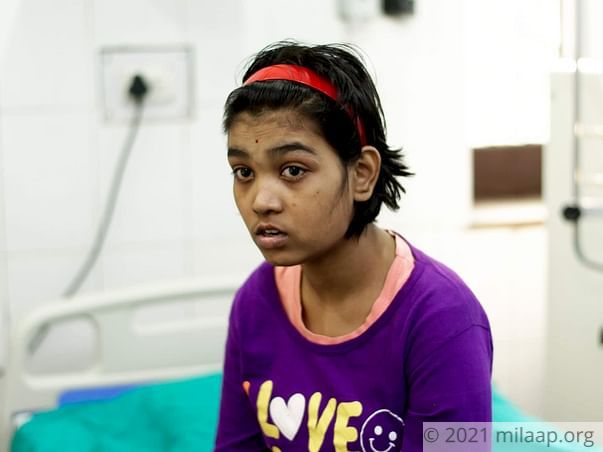 Life has not been easy for Shreyashi since birth. She was just 2 when she was diagnosed with autism, a developmental disorder. By the time she was 5, she started having seizures, and it became nearly impossible for her parents to leave her alone for even a second. Now, at 15, her kidneys are failing. In pain, she feels helpless when she wants to say something but is unable to speak. The only way to save her is a kidney transplant, but her parents just can’t afford it.

"She can't speak at all but her actions show how lovable she is. She called me 'Ma' after 5 years. I was waiting to hear those words. Every day she struggles so much. Seeing strangers makes her uneasy and violent sometimes. That's why it becomes very difficult for us to consult new doctors. She starts to panic so much…but she has been in and out of the hospital now...I just. I can't lose her."- Tapasi, mother

She hasn't given up, but I'm afraid we might have to

Shreyashi's parents learnt all about autism to take care of her. They joined special courses to educate themselves because whenever they saw her in pain, they didn't know what to do. They learnt to communicate in sign language so that they could know what was going on inside her. But now, when her kidneys are failing, they’re helpless. Nothing they do is enough.

"It took me months to accept that she's disabled. But she’s our lifeline and we lovingly call her 'Titli'(butterfly) at home. She has been through a lot already, but she hasn’t given up. Now if we are unable to afford her transplant, I'm scared...what if we have to give up?"- Shubendu, father

In March 2015, Shreyashi's urine output was very dark and less than the normal levels. She could urinate only after being given medicine. But within the span of 4 years, her kidneys have been damaged due to a rare kidney disease. If she doesn't get a transplant soon, her kidneys will fail completely and it will be too late for her to survive.

Shubendu works as a clerk with a monthly income of Rs.7000. With a responsibility to raise a child with special needs, Shreyashi's father tried his best but could never have any substantial savings. Even with his meagre income, he has always tried his best to give Shreyashi as many facilities as possible. When he got to know that Shreyashi will always have an IQ of an 8-year old, he immediately enrolled her to a special school despite it being a commute of 4 hours daily. He just wanted one thing as a father - to gift her daughter as normal a life as possible. But now with her organ failing, he can't find a way to save her.


Their only ray of hope now is us. If we come forward with our generous contributions, we can save their little Titli .

Sheyasi is doing good. She is undergoing her dialysis as scheduled.
Thank you for supporting her.

I would like to inform you that Shreyashi is currently doing fine and is responding well to the treatment. She is still undergoing dialysis periodically.

Thank you all for your support and contribution in this regard.
Regards,
Dr. Rajiv
Dear Supporters,

Shreyasi has been admitted in the hospital for a surgery. We will keep you posted about her health.

Scan & donate with any app
check_circle_outline Download payment receipt
Report fundraiser
Know someone in need of funds for a medical emergency? Refer to us
Rs.501,676 raised

May Jesus heal you.

May Jesus heal you.

DR
You are sending a message to
Dr Rajiv
Go back 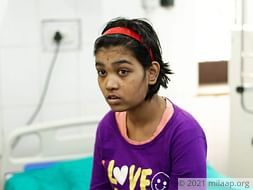 She Cannot Speak, So She Screams From The Pain Of Her Failing Kidneys