"My child was not like this before. He was super active and loved running around the house. His smile would make even a bad day happy but ever since he has fallen sick, he is not the same.This disease has changed my son completely. From the moment he wakes up to when he falls asleep, he’s struggling to talk and cries his little eyes out. It's just not fair.He’s only a child, just a 3-year-old! His heart is failing and he needs immediate surgery to survive. But, we just can’t afford it! "

“We had no idea then that all this was because of a heart problem! We had just taken him to a local doctor, hoping they would be able to bring him some relief, but they took one look at him and immediately suspected there was something wrong with his heart. When we got the tests and scans... it was confirmed. My baby’s heart was dying.”

“Once we got the diagnosis we took him to a bigger hospital, hoping they would be able to help him. My son was not even one year old when he needed heart surgery! Once he got it, they told us he would just need medicines and that he would completely recover. We were overjoyed beyond belief, and for almost a year it seemed like it would work. But, then his health started failing again. The doctors say he needs one last surgery to completely cure him once and for all.” 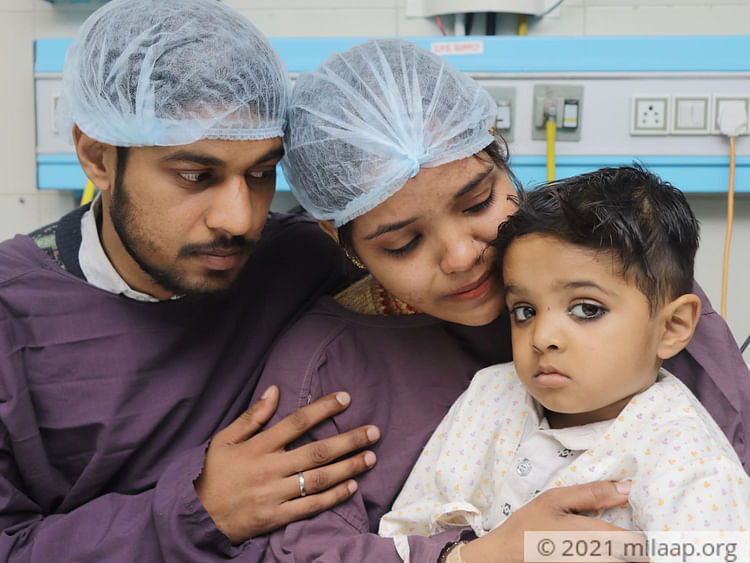 Poor Ritvik’s condition has progressed to a stage now where he’s struggling to draw in each and every single breath he takes. It’s not that he isn’t able to draw in air, it's that his heart just isn’t able to extract the necessary oxygen from the blood and pump it throughout the body. No matter how much this little one gasps, he’s essentially choking on air. He needs that second surgery.