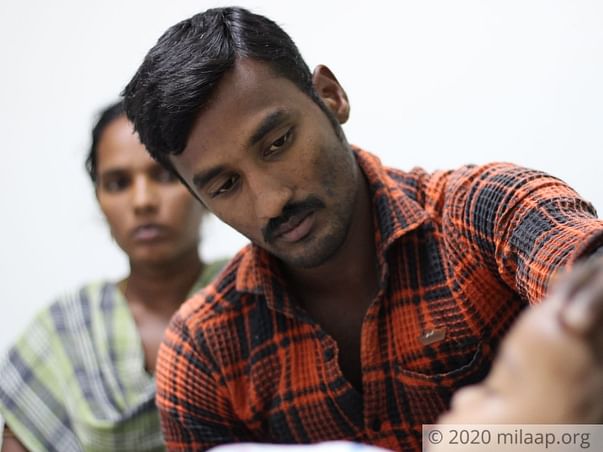 “In the past, I have only heard how chemo changes people but now, I have seen it too in this hospital. The thought of my daughter going through the same is heartbreaking but it is also crucial for her survival. I also have seen people getting discharged declared as cancer-free and I want my child to be one of them, brave and to win against cancer.” - Parameshwaran

Parameshwaran works as a security guard at a cement factory in Nellore, Andhra Pradesh. With his limited income, he barely manages to afford a 2-time meal and shelter for the family to live. Last week, his 2-year-old daughter, Rishitha was diagnosed with Acute Lymphocytic Leukemia, a type of blood cancer. Only chemotherapy can save her, something this poor man can never afford. 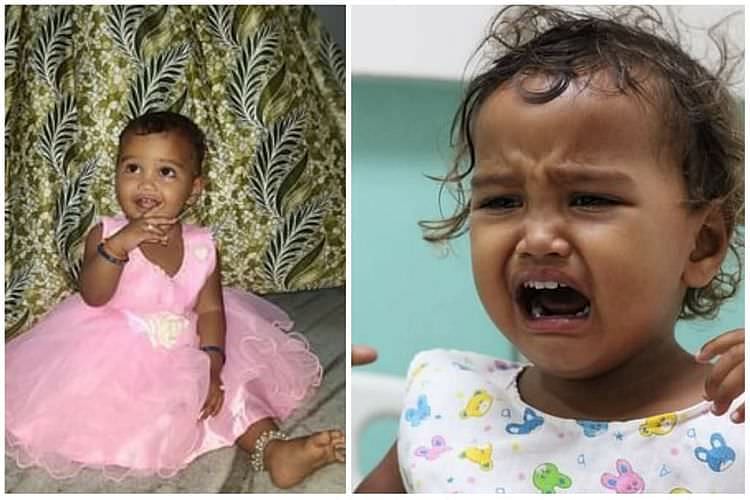 "We have learnt to live like this struggling every day. By the end of the month there is hardly anything left, you know a How will a poor person like me afford this treatment? All I had was the money to bring my child to this hospital from our village. I have nothing now. I feel so helpless, unable to save my little child.”- Parameshwaran. 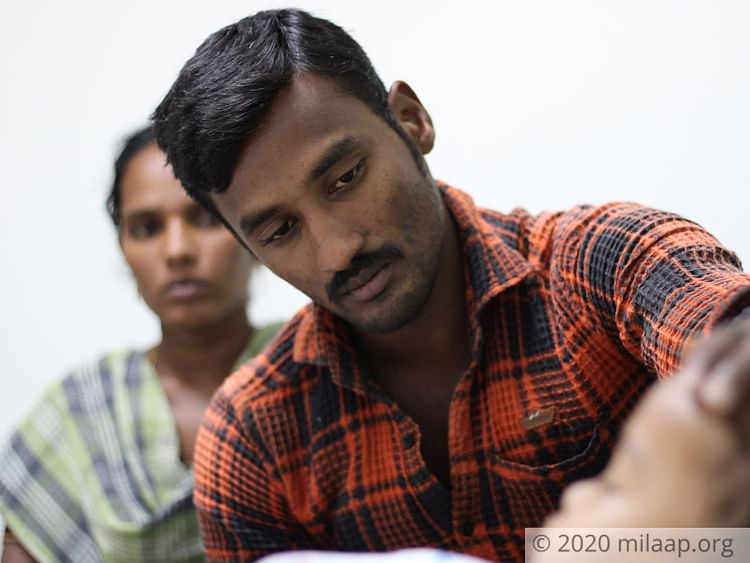 Rishika spent 24 hours without even a bite of food

Rishitha in her first year of birth had asthma which eventually got cured but the parents never stopped to worry about their little girl and they were always protective about her activities and eating habits. Just when they thought it is okay to let go of that fear, her cancer came into light.

“She wasn’t eating, she said she wasn’t feeling hungry at all but for how long can a 2-year-old feel that way? We were so worried when this continued for more than 24 hours and we took her to the local hospital. Everything was so normal. There were no symptoms at all, just her appetite and that too this once. How did this even happen to my child?” - Anitha, mother 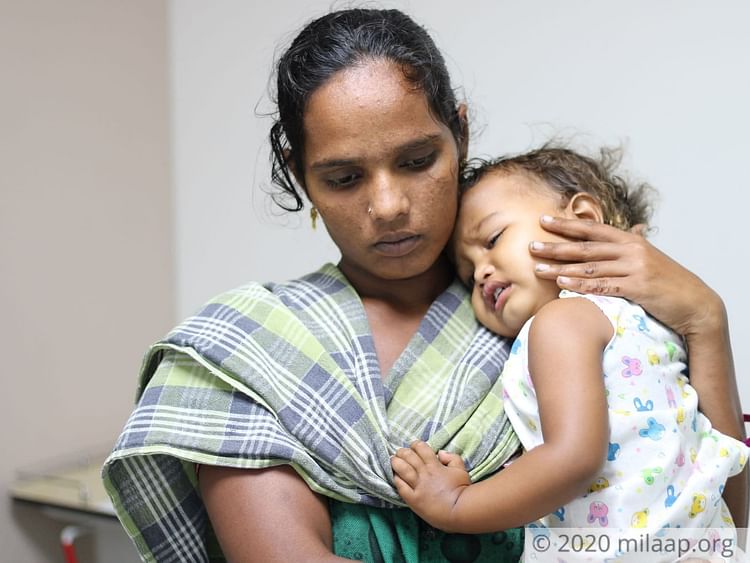 I kept asking to re-check, I couldn’t believe that my daughter has cancer

When they reached the local hospital, blood tests showed that her blood count was dropping dangerously and something was definitely not right. The doctors there asked the parents to take Rishitha to a bigger hospital in Chennai without any delay.

“We didn’t have any second thoughts and that night itself, we booked a car and left for Chennai. When we reached there, she was immediately taken for blood transfusion and some tests were also done. When the results came, it was so hard to believe that my girl has a deadly disease. I kept asking them to check again but it was the truth, Rishi has cancer.” - Parameshwaram, father 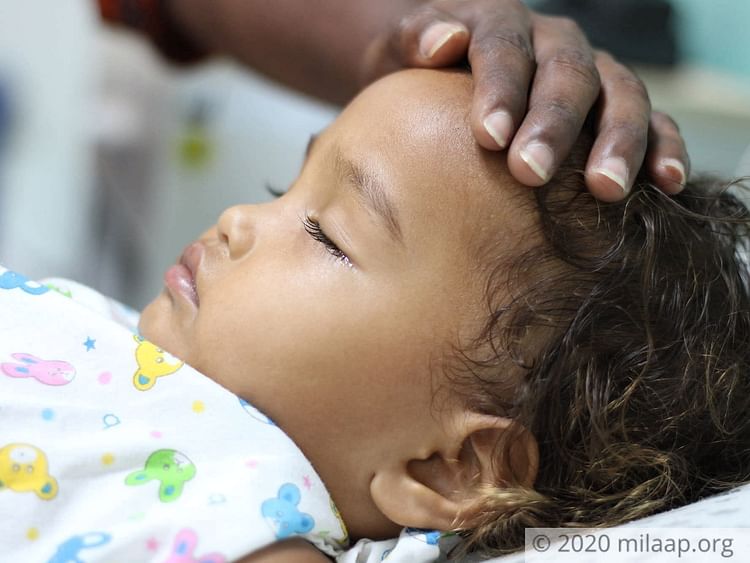 The little girl cries her heart out to go back home

It’s been almost a week since they admitted Rishitha in the hospital. Every day she takes different pills and goes through numerous tests, she cries due to the fear of injections and asks her parents when she can go home and play with her brother but for another 8 months, every week, Rishitha has to undergo rigorous chemotherapy to beat cancer here in Chennai.

"I have never seen her crying so much like this. She has always been an active and happy child. Not being able to comfort her, relieve her pain or make her smile feels like a curse to me." - Anitha, mother 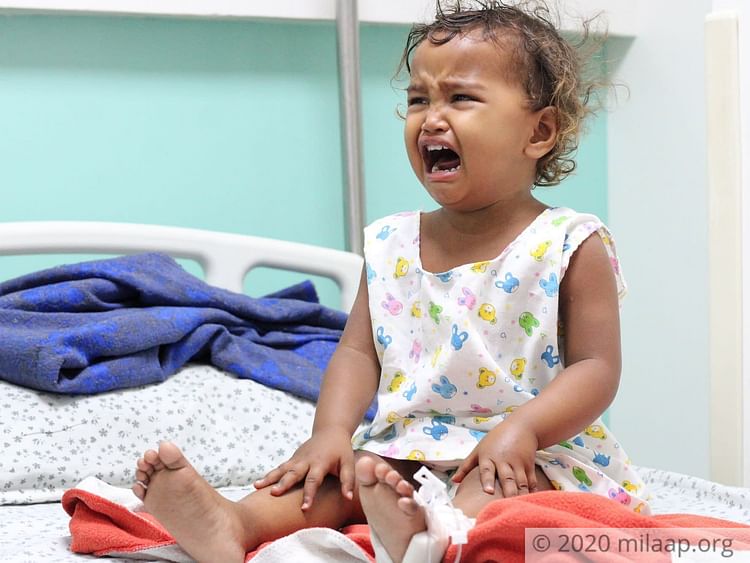 Parameshwaran needs 8 lakhs to save his daughter. Only you can help this poor father. With your generous contribution, this little girl can survive cancer and go back home cancer-free. Click here to contribute.