Ranjit Will Not Live Long Without An Immediate Surgery | Milaap

Ranjit Will Not Live Long Without An Immediate Surgery 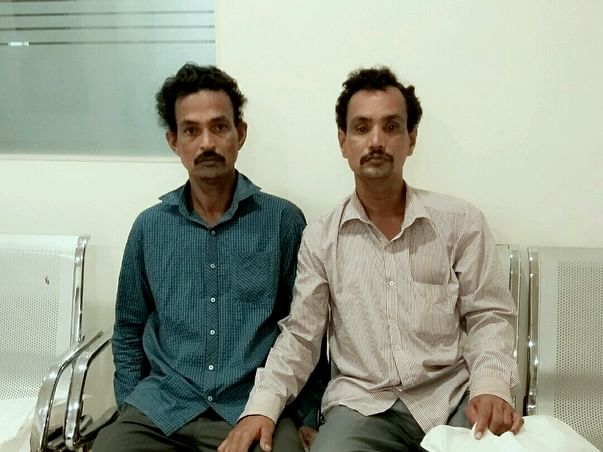 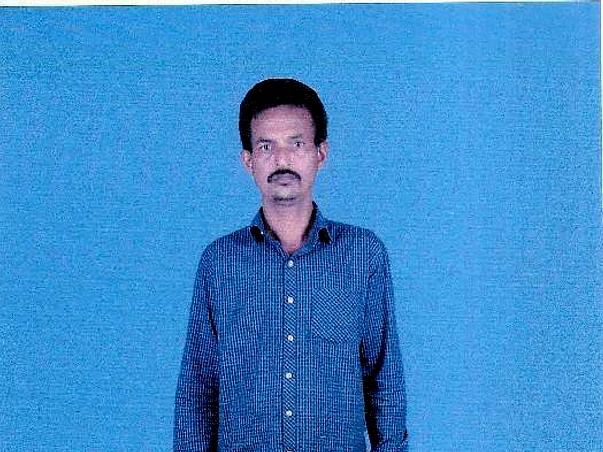 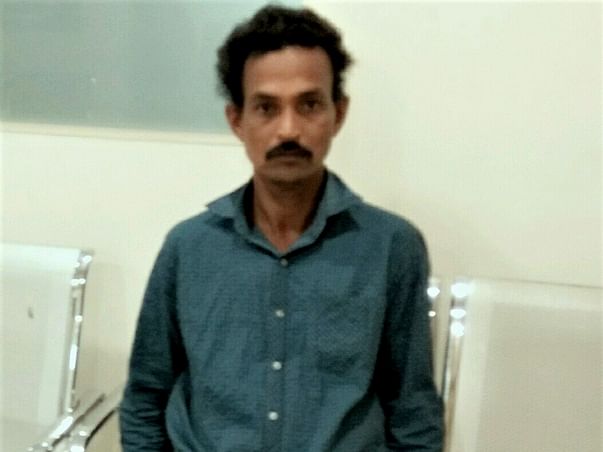 Previous Next
“I feel like life does not want to give me a chance. Every now and then it sends me a signal - that this is it. But it is my right to live. I want to keep fighting.”
52-year-old Ranjit had chest pain and breathing issues over two decades ago when he was diagnosed with an aortic aneurysm. He underwent a surgery and thought the worst was behind him. Unfortunately, the past came back to haunt him when the same symptoms appeared recently. Without a Stent Graft repair, he will not have long to live.
In a small village Harihal, West Bengal, Ranjit is a farmer who lives with his 22-year-old daughter and wife. He has taken a land on lease from his uncle to grow potatoes, rice, and vegetables. He owes Rs. 30,000 every year regardless of whether the monsoons arrive or there is a good harvest. As for Ranjit’s income, during a good month, he gets Rs. 4000.
24 years ago, Ranjit suffered from severe chest pain and struggled to breathe properly. The doctor diagnosed him with Coarctoplasty Thoracic Aortic Aneurysm whether the body’s major blood vessel expands like a balloon that it might rupture at any moment. After a surgery, he recovered quickly and has not had any problem until now.

Ranjit's wife and his two sons- back home

Early this year, anxiety crept upon Ranjit as the familiar symptoms appeared again. Denial motivated him to visit several doctors in Kolkata, all who gave him the same diagnosis. The first surgery was not 100% effective in correcting his problem, and he needed another one. By this time, Ranjit lost his confidence in Kolkata doctors and refused for surgery in any of the city OTs.
Ranjit’s brother and cousin realized he needed another option and brought him to Manipal Bangalore. Examination and tests showed that the wall of the aorta was damaged and on the verge of rupturing. He needs a stent graft repair to reinforce the wall before it is too late.
The family does not have funds to opt for this surgery, but it is the only way we can save Ranjit’s life. The cost is estimated at Rs. 3,36,000, and this farmer with an income of Rs. 4,000 needs financial support to pay for his surgery.
Your contribution will give him another chance at a pain-free life. 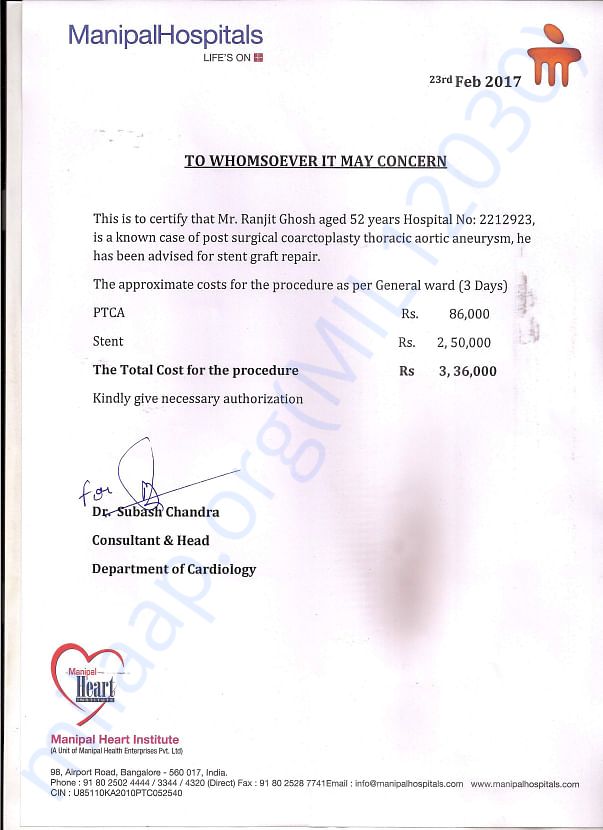 This is Debotri, a fellow at Milaap. Ranjit was operated in March end and went back to their hometown in April. When he was discharged, he was absolutely fine and in good condition.

But things went on a toss since last month. Initially it was small blister which had developed in his arm, but within a week, it became huge. The pain is terrible resulting in the minimal movement of his arm.

Ranjit and his brother is planning to come back again to Bangalore for a checkup but unable to do so due to lack of funds.

Please support and contribute to help Ranjit to come out of his struggle. Thank you once again for coming forward. We will keep you posted on his progress.

Scan & donate with any app
check_circle_outline Download payment receipt
Report fundraiser
See how thousands are crowdfunding for their causes on Milaap
Rs.4,950 raised

Donated to this campaign via Bank transfer/QR Code? Click here if you can’t find your donation listed below.
RR
RAVI donated $25

Donated to this campaign via Bank transfer/QR Code? Click here if you can’t find your donation listed below.
RR
RAVI donated $25 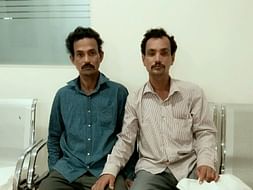 Ranjit Will Not Live Long Without An Immediate Surgery