Help My Brother Fight Cancer | Milaap
This campaign has stopped and can no longer accept donations. 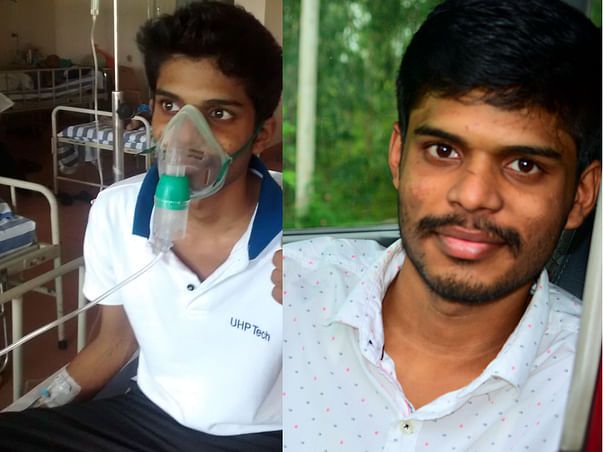 Ramachandra is a cheerful 20 year young student aspiring to be an Engineer one day. Son of a cab driver, He grew up in a rural town of coastal Karnataka. Ramachandra is known for his sense of humour.

Despite studying in a local government run school, Ramachandra shined in his studies and secured a seat in one of the good Engineering colleges in Bangalore. His parents provided for him through thick and thin.

It shocked everybody when Ramachandra was diagnosed with a rare but treatable form of cancer (Anorectal Melanoma). He was operated twice to remove the tumours and lymph nodes. He was then given Chemotheraphy and when it did not show significant results, He was given four months of Interferon. Unfortunately, Interferons were not effective either.

The best chance for him to revive and be able to get back to his aspiring life is a treatment called Immunotheraphy. There have been promising results on young patients like Ramachandra with the drug called Nivolumab.

Nivolumab is an expensive drug. The total cost of this treatment would come about 12 Lakhs. His father has sold his cab to raise some portion of the amount. There have been immense support from family and friends during the previous year of expensive treatments too.

We are now looking for generous folks like you to donate as much as you can so that Ramachandra may receive a new lease of life. I am sure he would be forever indebted to your kindness.
Nivolumab treatment prescription 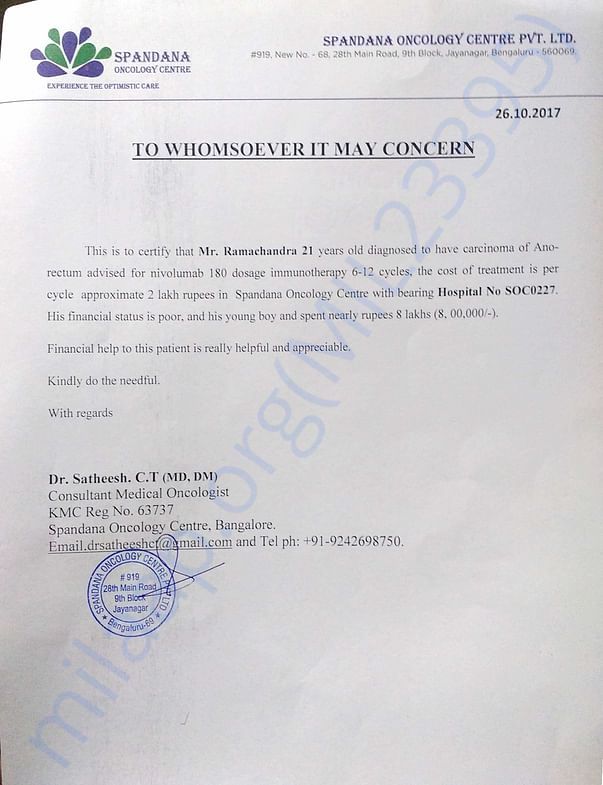 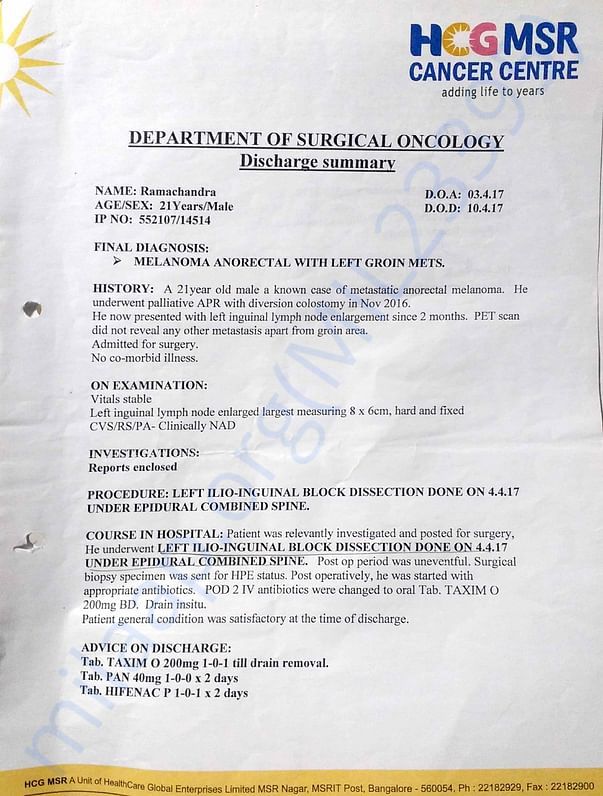 You are sending a message to
Vinod Kumar
Go back 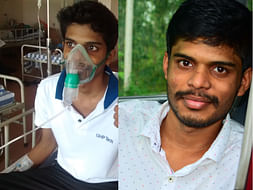