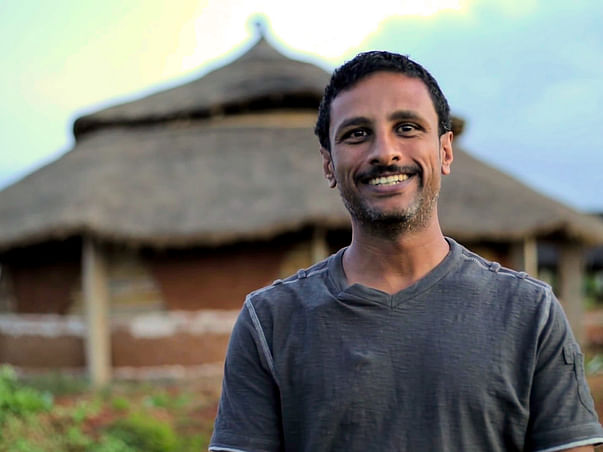 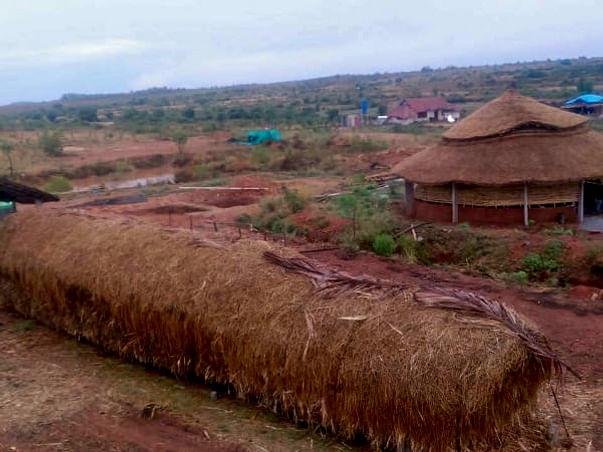 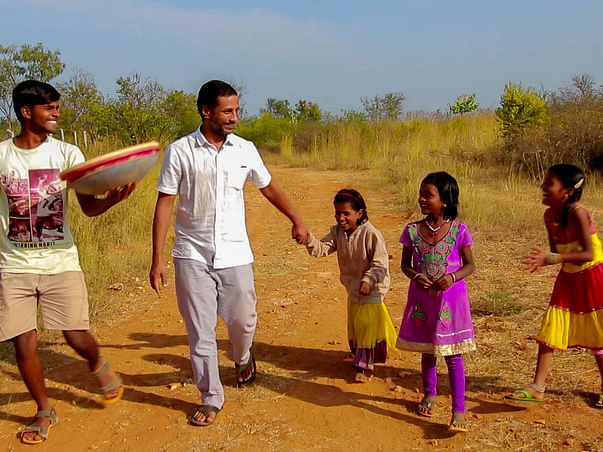 Previous Next
About Myself:
After traveling through rural India for 2.5 years, in the August of 2010, I started living in a remote village called Tekulodu, Chilamathur Mandal, in the second driest and one of the poorest districts in India (Anantapur district, Andhra Pradesh) where even subsistence farming is on the edge of collapse.

After one year of blending into the village, I apprenticed with one of the poorest families in the village  for 2.5 years during which the family grew from Rs 7500 per annum to a steady Rs 14,000 per month, built a hand-made wind turbine that generates 500W, and got used to growing most of what it eats. We consider this one unit of Abundance.

In 2014, we began work on building the prototype of an abundant rural community.
ProtoVillage:
Being set up in 12.5 acres of land, ProtoVillage is the prototype of an Abundant village, being built by the villagers, for the villagers. It will be a center for learning, practice, demonstration and dissemination of the knowledge on how any community in this region can organize itself to be Socially cohesive, Ecologically sustainable and Economically viable.
Why do we need a demonstrative village?
The glamorization of urban life is robbing the villages off their youth. The rich traditional knowledge suddenly has no takers, and the keepers of the same are dying. Stuck in the current paradigms of consumption driven growth, rural India is getting dangerously close to becoming intellectually bankrupt... The loss of this knowledge is reducing the self-reliant “providers” into helpless “consumers”.

On the other hand, Abundance is a steady state of resilience that breaks away from the paradigm of limitless economic growth. It requires that we adopt a lifestyle that is more respectful of all life around us.
Attempts to tinker the existing systems and paradigms will need methods that dissipate a lot of energy (Confrontation, Activism etc). We chose the methods of the noble elders who got us our independence - To DEMONSTRATE a new possibility, and trust the collective intelligence to take it forward... To be the change we wish to see.

We therefore are working on building the prototype of a community based on what we deem to be the traditions for the future.
How you can help
Proto village is going through a crucial year of transition where it needs support to survive. If we continue this year, by 2019 we will be completely and lead the journey further on our own.

I urge you all to stand with us and be a part of our vision.

Ask for an update
Thank you all for contributing to ProtoVillage. Your faith means a lot to us. Following the last 6 months of Covid emergency response support fork for the front line staff in this region, we are now beginning to focus on setting up livelihood opportunities for a few women's groups we had trained in various enterprises before March 2020. The final withdrawal in this campaign will help us help us help these women startup with their micro enterprises. Thank you for all the support!
The COVID situation has brought with it, an unprecedented challenge, but we believe it has also brought an unprecedented opportunity to stand together and join hands. We at ProtoVillage are proud to share with you, that even though we are not resourced enough to facilitate aid, we have judiciously utilized the limited funds and the unlimited energy we have to serve the frontline in three red-zone areas around us - we have distributed 400 liters of sanitizer, about 70,000 masks, and 500 PPEs during this period.

Thank you for standing with us, for all.
Donate

Scan & donate with any app
check_circle_outline Download payment receipt
Report fundraiser
See how thousands are crowdfunding for their causes on Milaap
Rs.159,919 raised 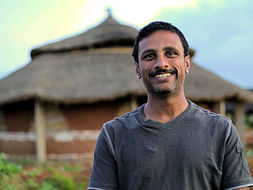