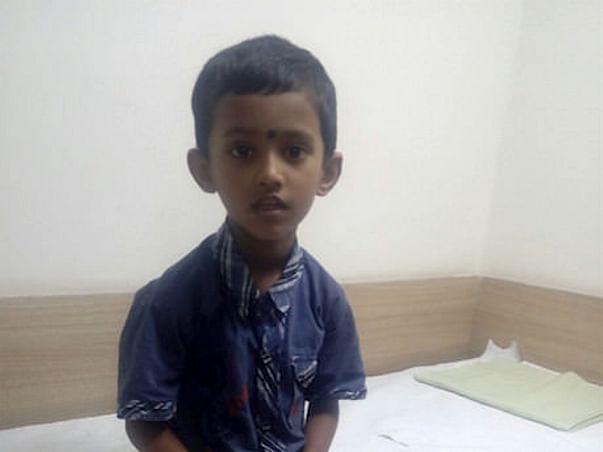 When Sankar came home from the govt hospital for the third time in less than 2 weeks,  he knew there is only so much the doctors of Purbamidnipur village, West Bengal could do to ease his 4 year old son’s pain. Next he borrowed Rs. 60,000 from his neighbours and decided to take his son to Bangalore. Hoping the doctors of the big city will help his son.

Here he is today, living the an ashram in Kadugodi, Bangalore. Hustling to arrange the funds for his son’s heart surgery, you will find him on the stairs frantically making calls back home asking for any help possible. The tests and scans have already costed him around Rs.20,000. Despite the circumstances, he is not giving up.  “He was 9 months old when the doctors told us his heart was weak but might not survive. Today he is 4 year old. He has been a fighter. I know good treatment will help him. That is all I have trying to give him since that day.”

When Atrial Septal Defect Was Diagnosed As Mere 'Weak Heart'

Nandan was 9 months old when the doctors of govt hospital at Purbamidnipur village diagnosed him with a ‘weak heart’. It was only after the a visit to Kolkata, it was confirmed that Nandan has a hole in the wall that separates two chambers of the heart. Called as the Atrial Septal Defect. The wait list for the government aided surgery is roughly 3 years. Well aware that this waiting could cost him his son’s life, Shankar came to Bangalore with the hope that the big city might be able to put his son out of his misery.

“The doctors at Apollo Hospital have assured me they can cure my son with just one surgery. My Nandu can go to school like any other kid his age”, his eyes welled up with the thought of seeing his son disease-free. “The surgery is going to cost 1.86 lakhs. I have been trying to arrange for 1 lakh. I have been making calls to borrow money from relatives and panchayat. I don’t know how will I arrange for the rest.”

Shankar works as daily wage labourer in West Bengal. Earning Rs. 150 a day, he barely has any savings or land to sell. The treatment costs 1.86 lakhs. With little hope left from his family,  Shankar desperately needs help to arrange funds.
4 year old Nandan has fought every step of the way and so has Shankar. Your contribution can save his son. With your support, a father can take son home. Let lack of funds not be the reason why a father could lose the most crucial fight of his life - his son's life. 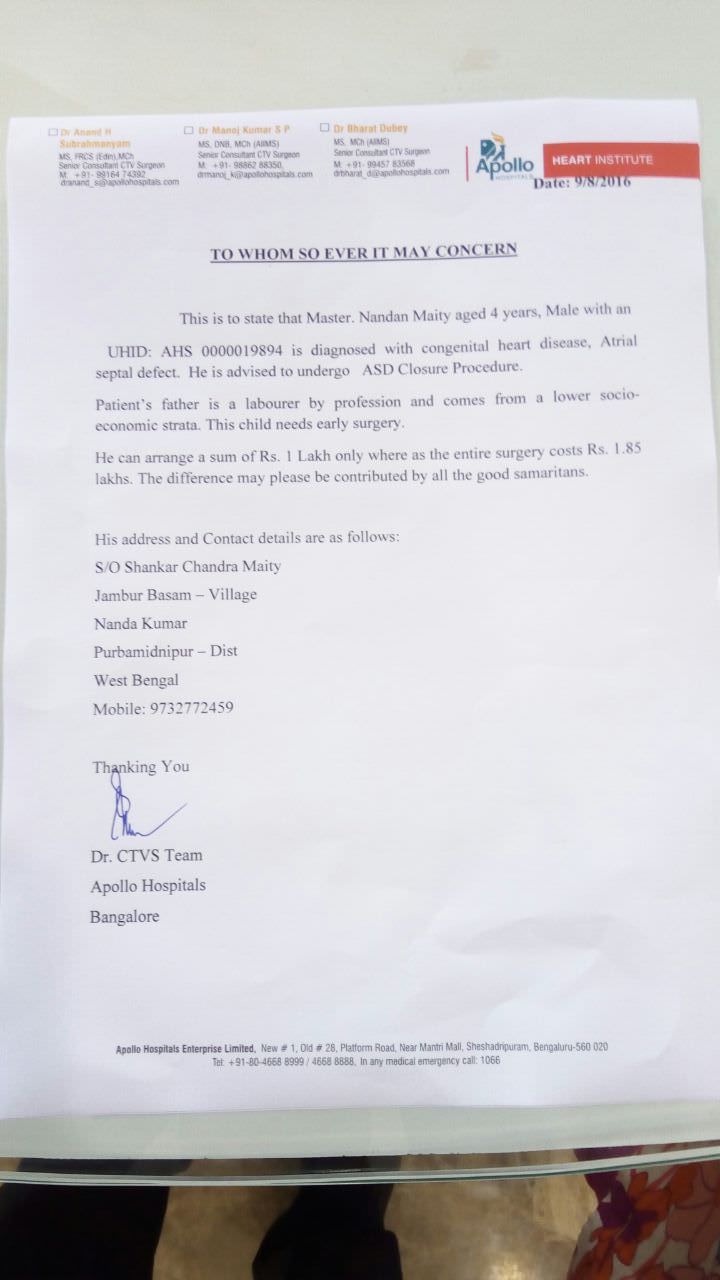 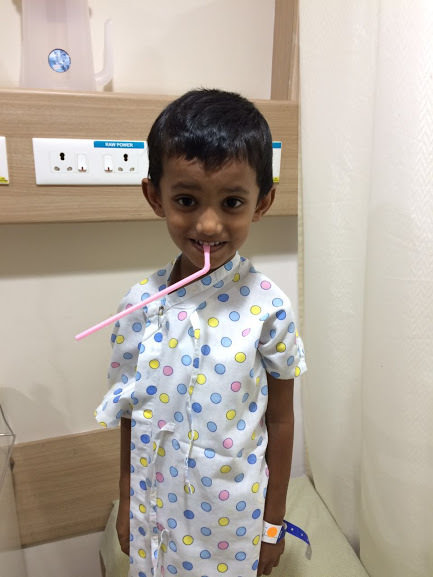 Nandan underwent the surgery on 12th August and has been keeping very well. We discharged him yesterday from the hospital.

Here is a photograph on Nandan before getting discharged:

Thank you all for this overwhelming support. We were able to perform her surgery as planned because of your timely support. We will keep you posted on Nandan's progress.

Scan & donate with any app
check_circle_outline Download payment receipt
Report fundraiser
Know someone in need of funds for a medical emergency? Refer to us
Rs.91,600 raised

Donated to this campaign via Bank transfer/QR Code? Click here if you can’t find your donation listed below.
Yf
Your donated $100

God bless u beta aa. You will be alright.

Donated to this campaign via Bank transfer/QR Code? Click here if you can’t find your donation listed below.
Yf
Your donated $100

God bless u beta aa. You will be alright. 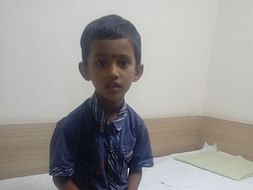