Help Muthu Recover From An Accident and Graduate | Milaap

Help Muthu Recover From An Accident and Graduate 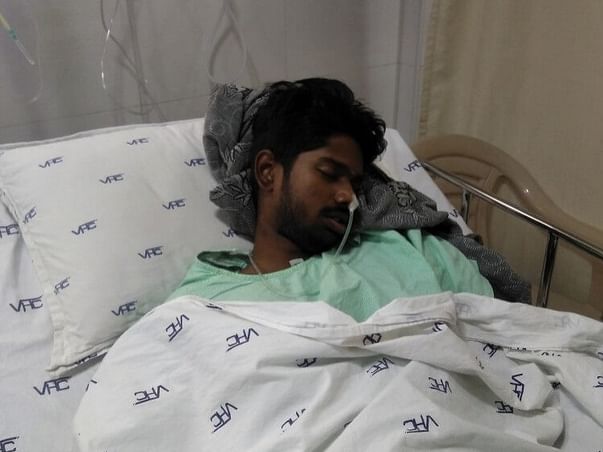 Hi, My name is Sharan Mohan and I am raising funds for Muthu Krishnan is my Friend. In due time, he was about to graduate as a computer science engineer. On the morning of 7th Dec 2018, Muthu and his friend were on their way to their college to collect the call letter after receiving the news that he had been placed in WIPRO Technologies as a software developer.
His mother was ecstatic to see his son secure a job as she felt that the burden on her shoulders would be reduced eventually. But the joy of his mother was short-lived as she got news that my friend had met with a bike accident.
Muthu was the pillion rider and his friend whilst trying to take a U-turn was hit from the back by a corporate bus and the impact resulted in throwing Muthu off the bike. He endured severe injuries to his head with internal hemorrhage on the right side of the brain due to which he has been unconscious ever since.
He was rushed to a nearby hospital (Shree Balaji hospital). He was admitted there for a period of 8 days and most of our savings went into paying the bill amount of 1,22,000 INR. We were not satisfied with the results and the treatment provided by the hospital.
We shifted the venue to Vijaya hospital, Vadapalani and he was kept under observation in ICU. His condition showed slight signs of improvement but he hasn’t been able to communicate verbally and shows erratic behavior.
Vijaya Hospital has specialized neurosurgeons to treat head injuries but the expenses are very high. The total cost of the treatment for one month is estimated to be around 3 lakhs. After draining out all our resources, this crowdfunding platform is our last hope to see to that my friend gets the best treatment and a speedy recovery.
Every penny matters to us during this very critical moment

UPI: rzpy.givetomlpmuthukri001@hdfcbank (Copy to clipboard)
Or
Click here to read the instructions before you make a bank transfer. 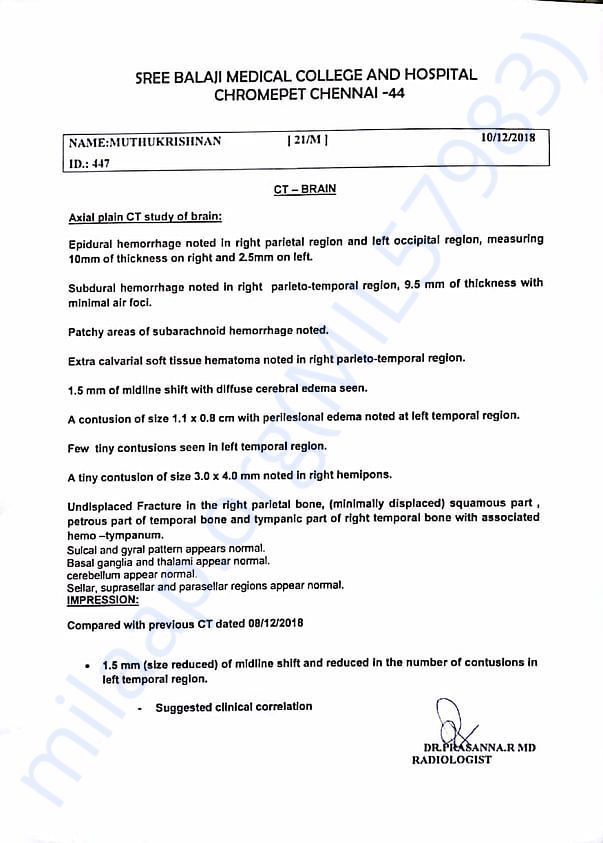 UPI: rzpy.givetomlpmuthukri001@hdfcbank (Copy to clipboard)
Or
Click here to read the instructions before you make a bank transfer.

Thank all so much for the prayers and contributions. Muthu has got discharged from the hospital he is recovering well now.

Donated to this campaign via Paytm? Click here if you can’t find your donation listed below.
A
Anand donated Rs.1,000

Donated to this campaign via Paytm? Click here if you can’t find your donation listed below.
A
Anand donated Rs.1,000

SM
You are sending a message to
Sharan Mohan
Go back 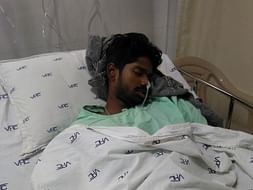 Help Muthu Recover From An Accident and Graduate