“He had come a long way since what happened 2 years ago. He was completely fine after the doctors took him off medication, assuring us that he wouldn’t need it anymore. He was his usual chirpy self, and doing so much better. I never thought that something like this was the reason behind him falling sick. How could I have not known that a kidney disease is slowly claiming my child's life?” - Susheela, mother 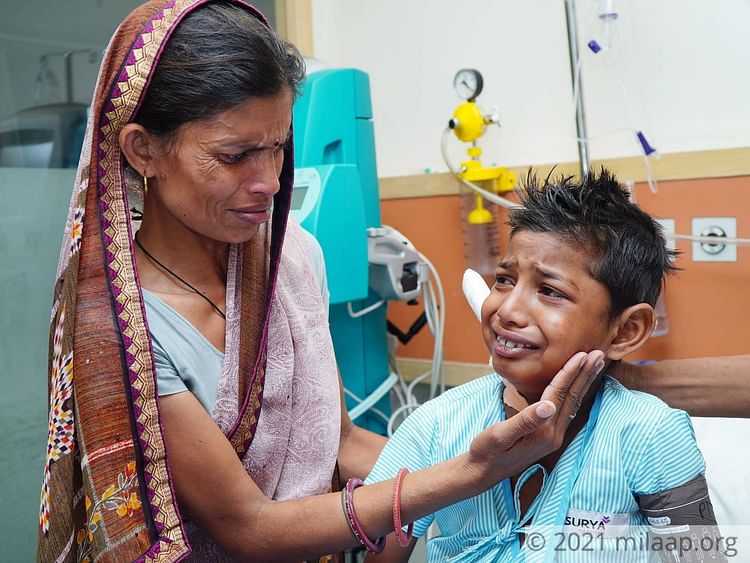 He started showing symptoms 2 years ago, but they were unable to detect the cause

Suresh remembers it like it happened just yesterday. On a day like any other, he had been doing some daily-wage work. But halfway through, he was interrupted by a phone call from his wife. She sounded perturbed and said their son, Mohit, was not feeling well. Thinking the worst of the situation, he dropped whatever he was doing and rushed home, completely unprepared for the sight that greeted him.

“I felt my knees give out in fear of what I was seeing. His entire body was swollen as if a whole swarm of bees had stung him all over. We immediately took him to a local hospital and he was under treatment for a little over a month. They never really told us what caused the swelling, but it subsided with the medication and he recovered very quickly. So we thought he'd been cured of whatever it was that had affected him. But that was far from the truth...” - Suresh, father 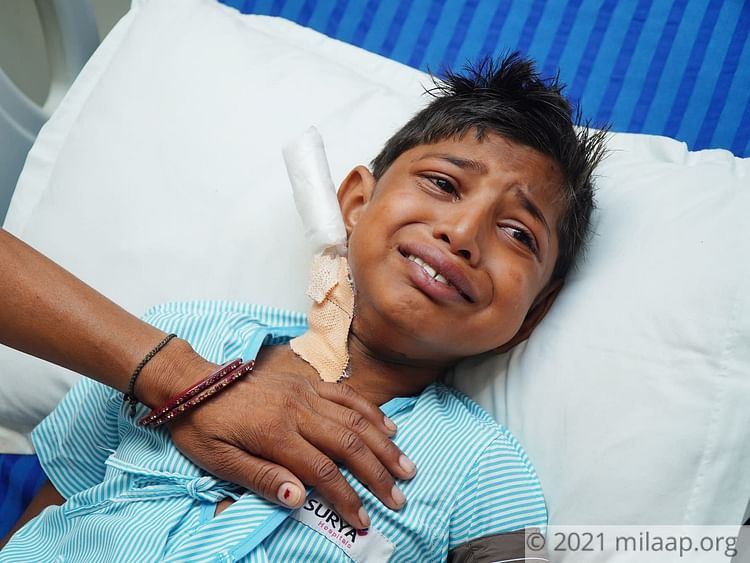 His kidneys are not working properly, a transplant is his only hope

A little over a week ago, 9-year-old Mohit started to have frequent spells of dizziness and would struggle to keep food in his stomach. Everything he ate, he would throw up only after minutes. Sick with worry, his parents took him to a bigger hospital, where they finally learned, after several tests, that the cause of Mohit’s health issues was his failing kidneys. His kidney function is significantly impaired and it could be potentially life threatening.

“I was shocked and terrified. They told us he would need to start treatment immediately. He’s been undergoing dialysis for the past week, but a kidney transplant is the only way his life can be saved. Mohit is our only child, and I vowed to do whatever it takes to save him. But after I was told that this procedure would cost 20 lakh rupees, it seems impossible…” - Suresh 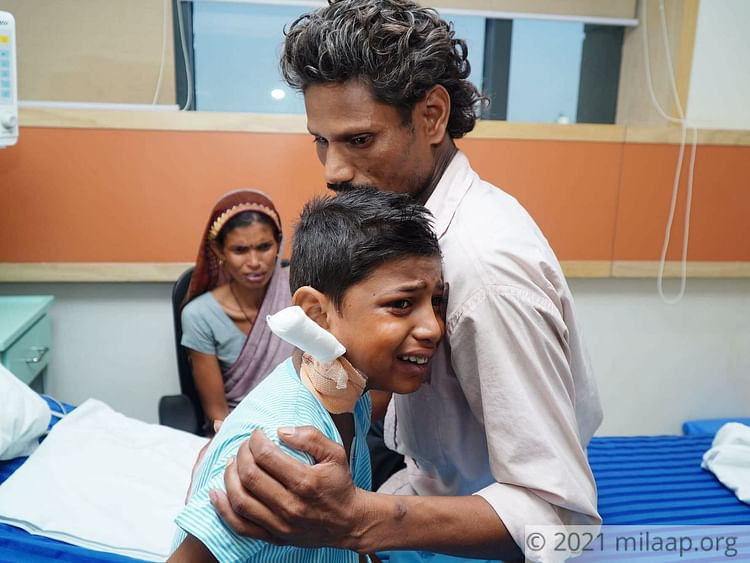 Only a daily-wager, this father is failing to save his only child

“I am a poor man, with nothing to my name… how will I ever afford this expensive surgery for my son? 20 lakh rupees is an unimaginable amount, and I could never make so much in my lifetime. All the money we had has gone into our son’s treatment. Now, we barely have enough to have even one meal a day. Mohit is also very antsy and always asks us how long he has to remain in the hospital. I never know what to tell him. I am at my wit’s end and I don’t know what to do.” - Suresh

Suresh and Susheela are forced to sleep on the cold hospital floor beside their son, because they cannot even afford to rent a proper room. They need your help to save their son from this dreadful disease. 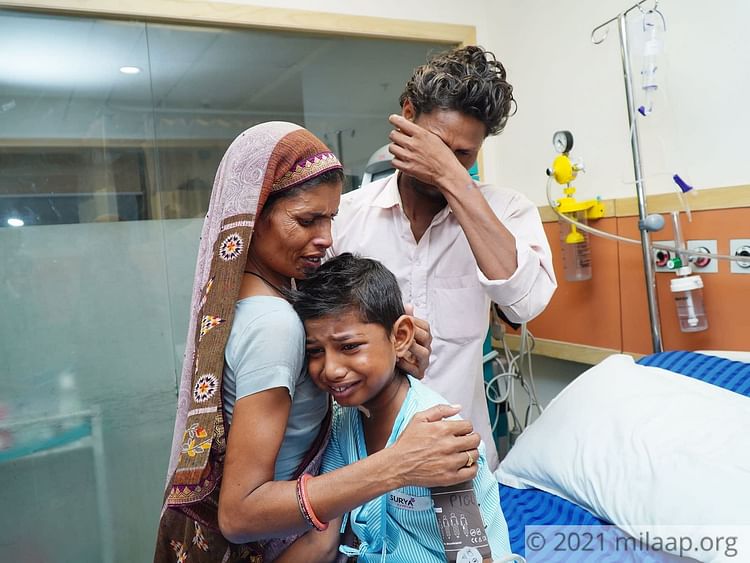 Your contribution can get Mohit a kidney transplant. Click here to donate!