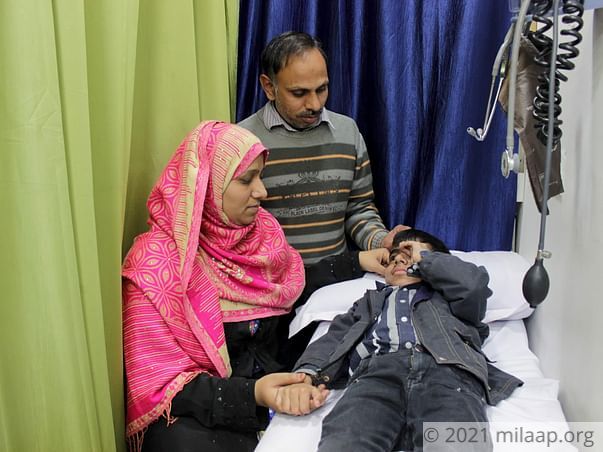 “We can be evicted any moment from our house, and will be forced to take to the streets due to our poverty. I don’t even have enough money to put a roof over my kids’ heads, how will I save Afnan? We believed that a ‘bone marrow transplant’ – a term that I took months to learn to pronounce correctly – would be the end of my son’s troubles. But he is still not out of danger – even a small fever, which is harmless for most people, can kill him. He needs prolonged treatment to survive, but we are in deep financial crisis now.”- Mohammed Harris, father

Little Afnan was diagnosed with Thalassemia Major, a severe blood disease in which the body is unable to produce normal amounts of hemoglobin in the blood when he was just a baby. After more than 5 years of recurrent fevers, stunted growth, and painful weekly blood transfusions just to stay alive – he got a bone marrow transplant in 2017. Following that he suffered two back-to-back life-threatening infections and has to be hospitalized for a few days. Today, he is still prone to these infections and is in a very delicate state. He needs medicines and prolonged consultation for at least one more year to beat his disease forever, but his poor parents can’t afford it.

Afnan is 7 years old, but he has never set foot in a school. He was in nursery when he was diagnosed and after that, he’s been spending all his time indoors as there is always a risk of infection associated with Thalassemia patients. After his transplant in 2017, his body has become even more prone to deadly infections. He has medicines and weekly injections – which help in keeping him alive, but also contribute to high blood pressure. He also gets a fever and chills all the time. Doctors have to monitor him on a regular basis or his bp and can shoot up and even kill him.

“When he sees his brother Huzair (12) and sister Raziya (8) go to school, he looks at them with hopeful eyes and says, ‘I will join you next year’. He just assumes that he will get better next year. I don’t want to crush his spirit and tell him that for it to happen, he needs to get completely well,”-Ghousiya, mother

‘I can’t put a roof over my children’s heads, how will I afford my little one’s treatment?’

Mohammed Harris a silk weaver, his wife, Ghousiya and their three children live in a small two-room house in Chandni Chowk, Delhi. It has been the family home for years and for several generations before them. But their landlord has been forcing them to evict for a few days now, even filing a case against them in the lower civil court. They will have to leave and take to the streets any day now as Harris earns Rs 8,000 a month. He does not have money for Afnan’s medicines and weekly visits to the hospital – without which the little boy will not survive.

Afnan is on the verge of beating Thalassemia, a severe blood disease that never even let him go to school, forever. As he is in a sensitive state and prone to infections, he needs continued treatment and monitoring. But his parents do not have money to even put a roof over their heads and are struggling to save him.

With your kind contribution, Afnan can be healthy and can finally go to school like a normal child 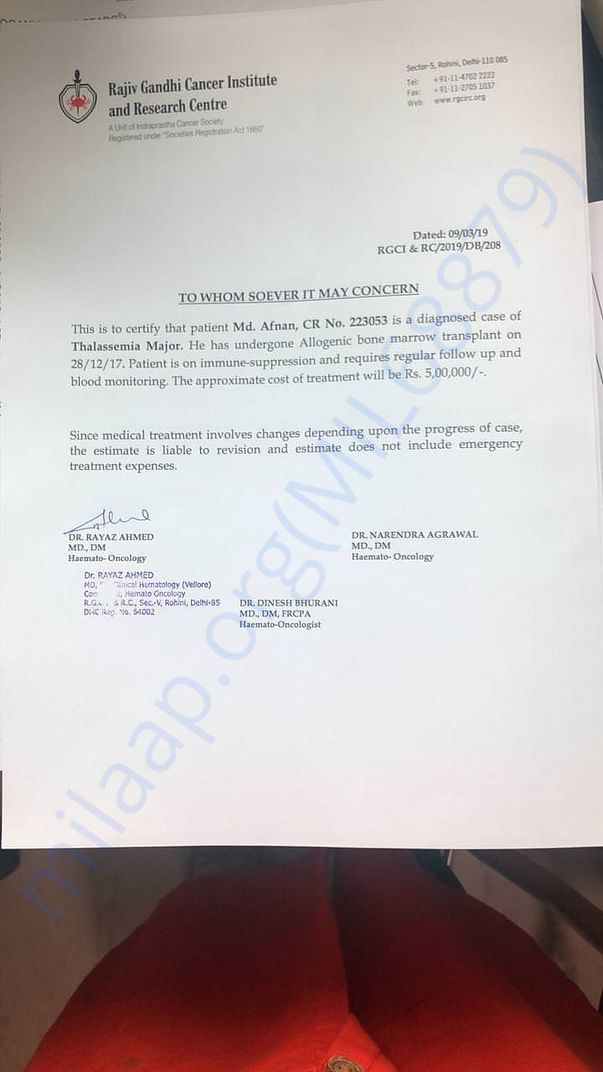 Afnan has successfully undergone all cycles of chemotherapy and now has to visit the hospital for regular follow-ups.

Scan & donate with any app
check_circle_outline Download payment receipt
Report fundraiser
Know someone in need of funds for a medical emergency? Refer to us
Rs.36,983 raised

Donated to this campaign via Bank transfer/QR Code? Click here if you can’t find your donation listed below.
ZA
Zaheer donated Rs.10,000

May Allah cure you

Donated to this campaign via Bank transfer/QR Code? Click here if you can’t find your donation listed below.
ZA
Zaheer donated Rs.10,000

May Allah cure you 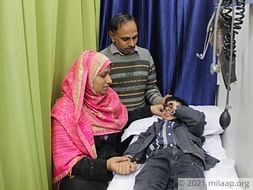