PUBG Helps Him Through The Pain Of Kidney Failure, He Needs Transplant | Milaap

PUBG Helps Him Through The Pain Of Kidney Failure, He Needs Transplant 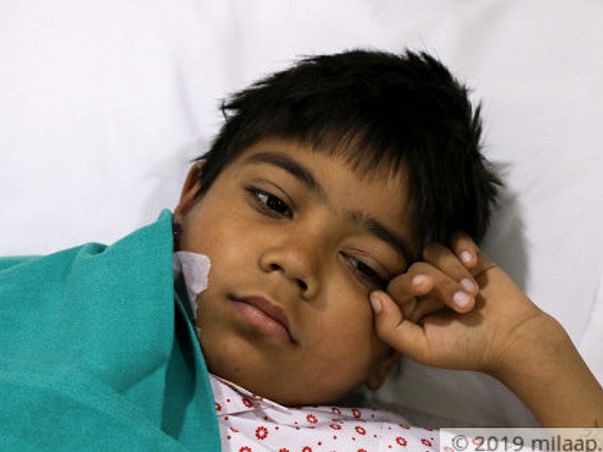 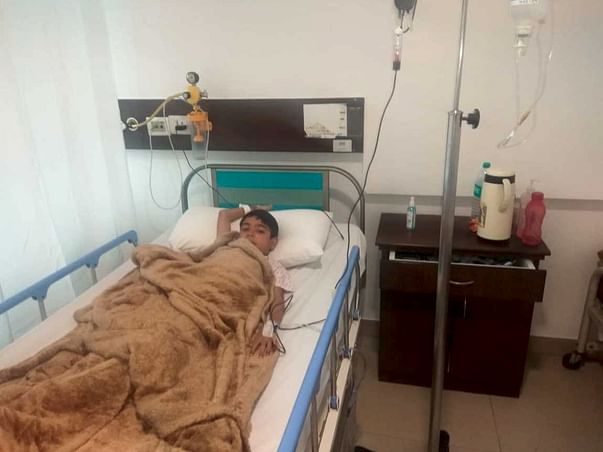 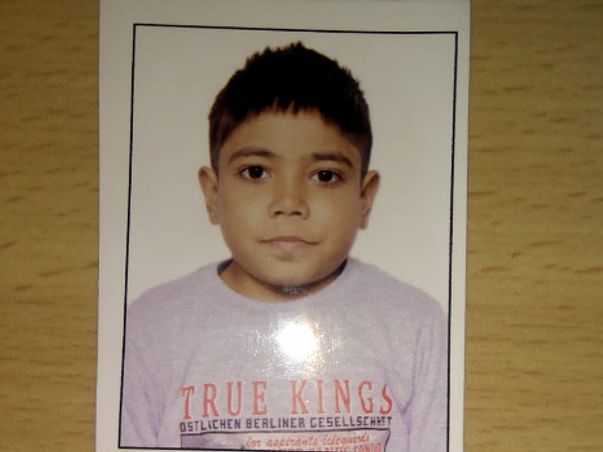 The only way Varun can sit through the 4 hours of dialysis three days a week is by playing PUBG. It’s the only way he can forget the pain. Varun finds strength in playing the game, he thinks he can fight his kidney disease because he’s strong like his PUBG character. When Varun is not playing, he’s studying. He hasn’t been to school since January and his older sisters teach him at home so he doesn’t fall behind. Puran tries to keep Varun occupied.

“His kidneys are now 100% damaged, and he knows he’s sick. I don’t want him to spend all his time worrying about what will happen to him.”  - Puran, father

When Varun was 5, Puran and Manju were worried about his growth. He hadn’t grown an inch in one year and was not putting on weight. Tests revealed that his slow growth was due to his kidneys.

“They told us it was 13% damaged and he would need medicines for the next few years to get better. Varun continued going to school. However, in January this year, he couldn’t climb up the three floors to go to his class without being in pain. He was weak all the time, and we had to stop sending him to school.”

Varun’s kidneys have completely failed. He has been on dialysis since February and the only thing that can save him now is a kidney transplant. Manju is a matched donor, but his parents don’t have any means to afford the transplant.

Puran spends almost Rs. 13,000 every week on Varun’s dialysis, checkups and medicines. However, Puran earns only Rs. 9,000 per month as a generator operator in Gurgaon.  He has used all his savings to get him treated over the years, and even borrowed from relatives. Manju used to work as domestic help and had to stop working to take care of Varun. Ever since then, they’ve been barely managing to get by with Puran’s income.

Varun knows he’s unwell. Once he even drew a diagram of his kidneys and showed his family what was wrong with him. He’s waiting to get a new kidney so that he can go back to school and do all the things he loves. After spending nearly 3 lakhs and more on his treatment so far, Puran has nothing left.

Varun needs a kidney transplant at the earliest to survive. 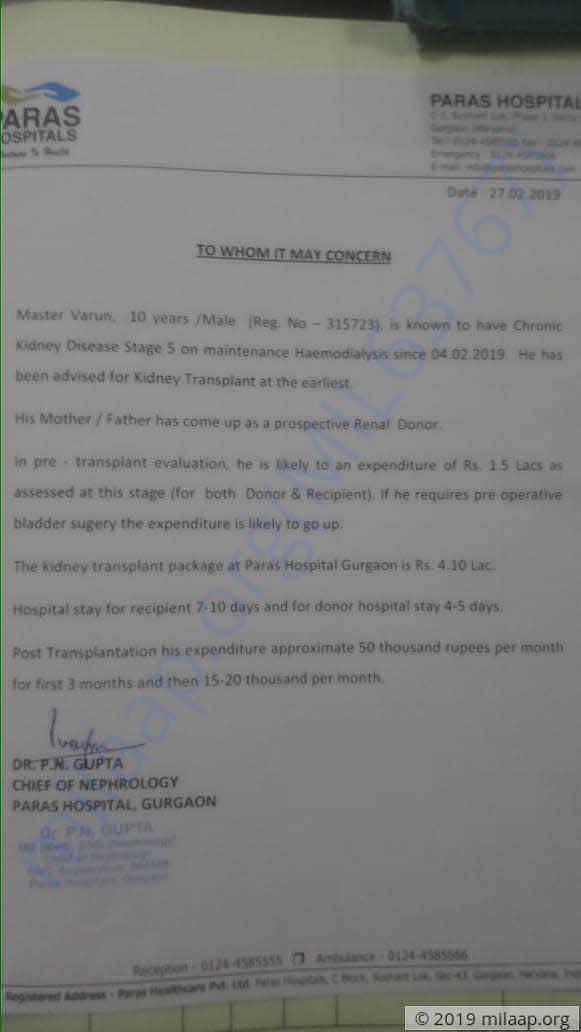 Facebook
Report fundraiser
Know someone in need of funds for a medical emergency? Refer to us
Rs.13,626 raised

Donated to this campaign via Bank transfer/QR Code? Click here if you can’t find your donation listed below.
A
Ashok donated Rs.500
M
Manasa donated Rs.500

I wish you're healthy and happy soon

Donated to this campaign via Bank transfer/QR Code? Click here if you can’t find your donation listed below.
A
Ashok donated Rs.500
M
Manasa donated Rs.500

I wish you're healthy and happy soon

PP
You are sending a message to
Pranov Pandey
Go back 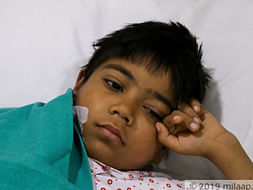 PUBG Helps Him Through The Pain Of Kidney Failure, He Needs Transplant