Cook's Son Is Fighting For His Life Due To Lack Of Blood In His Body | Milaap
This is a supporting campaign. Contributions made to this campaign will go towards the main campaign.
This campaign has stopped and can no longer accept donations.
Milaap will not charge any fee on your donation to this campaign. 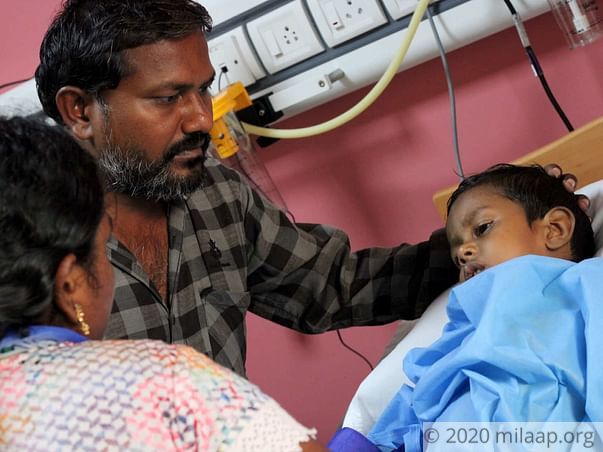 “Until 5 months ago, my son was unstoppable. His older sister and he would be outside the house for hours together, playing hide and seek or police-police, as they call it. It’s his favourite game, and he would hide behind our small home, making the shape of a gun with his fingers and slowly walking like he’s watched them do in the movies. It was hard to get a hold of him, especially for his meals. The only way he would sit in one place is if his mother carried him and fed him. But so much has changed in the past few months. Now Anirudh can barely even get up from his bed.” - Edukondalu, father.

Anirudh (3) feels like himself for only three days a week now. The rest of the days he’s weak and in pain, sometimes even bleeding from his mouth. He needs to undergo blood transfusions once in five days due to the severity of his blood disease – the only cure for which is a bone marrow transplant at the earliest.

Anirudh was a seemingly healthy child until the day he fainted

Five months ago, Anirudh suddenly fell unconscious while he was urinating and hurt himself near his eye. He had a blood clot for a few days. Edukondalu and Divya took him to the doctor near their home in Nellore, Andhra Pradesh.

“The doctors told us that he doesn’t have any blood in his body and we had to take him to Chennai immediately." - Edukondalu.

In Chennai, Anirudh was diagnosed with severe aplastic anaemia, a rare and serious condition in which the body stops producing enough new blood cells. While he’s been on blood transfusions for the past 5 months, it isn’t enough. The only curative treatment for his condition is a bone marrow transplant.

With no regular work or income, his father is struggling

Ever since his diagnosis, Edukondalu has been missing several days of work. As a cook in a small south Indian hotel in Nellore, Andhra Pradesh, all his earnings were spent for his family’s daily needs.

“Everything that I earn, goes in feeding my wife and kids. I haven’t been able to go for work regularly in months now, and I have to keep taking leave to take Anirudh for his transfusions. The only way I could start his treatment is by borrowing from the hotel owners. I’m 2 lakhs in debt, and that’s more than a poor man like me can pay off.” - Edukondalu

Anirudh has to go to Chennai every other week for his checkups. When he sees his father packing a small bag with their things, he starts to worry. He immediately knows that it’s another round of injections for him. “He’s terrified of injections. He cries all the way to Chennai in the train and the only way he calms down is if I tell him I’ll buy him a new toy.” All little Anirudh wants is to play with his sister and spends his days like he used to before this dreadful disease took over his life. With a bone marrow transplant, Anirudh can fight this disease and be free from this pain and misery. 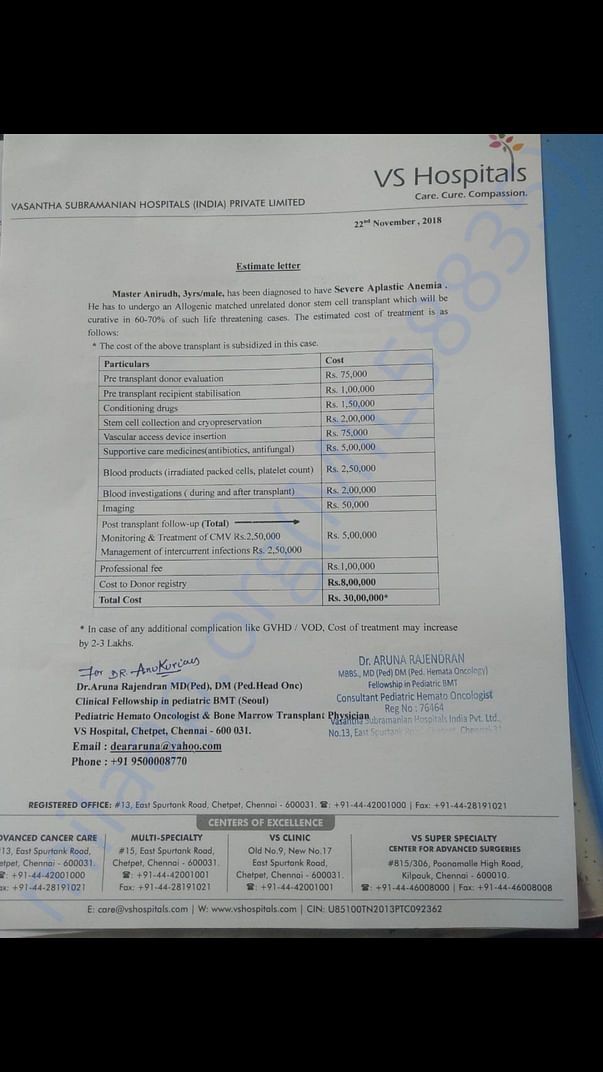 I share this update with a heavy heart. Our little Anirudh passed away. The  kid got high fever last night and was taken to the hospital, but by the time they reach hospital, it was too late.

We hope he is in a better place now. Cancer free and away from all the pain. Please keep him and his family in your prayers!

Thank you so much for the wonderful support.

#SaveAnirudh. They still need 50% of the estimated cost  to admit the kid to  Hospital . Please do share and support
https://milaap.org/fundraisers/Saveaniridh 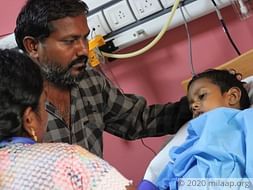